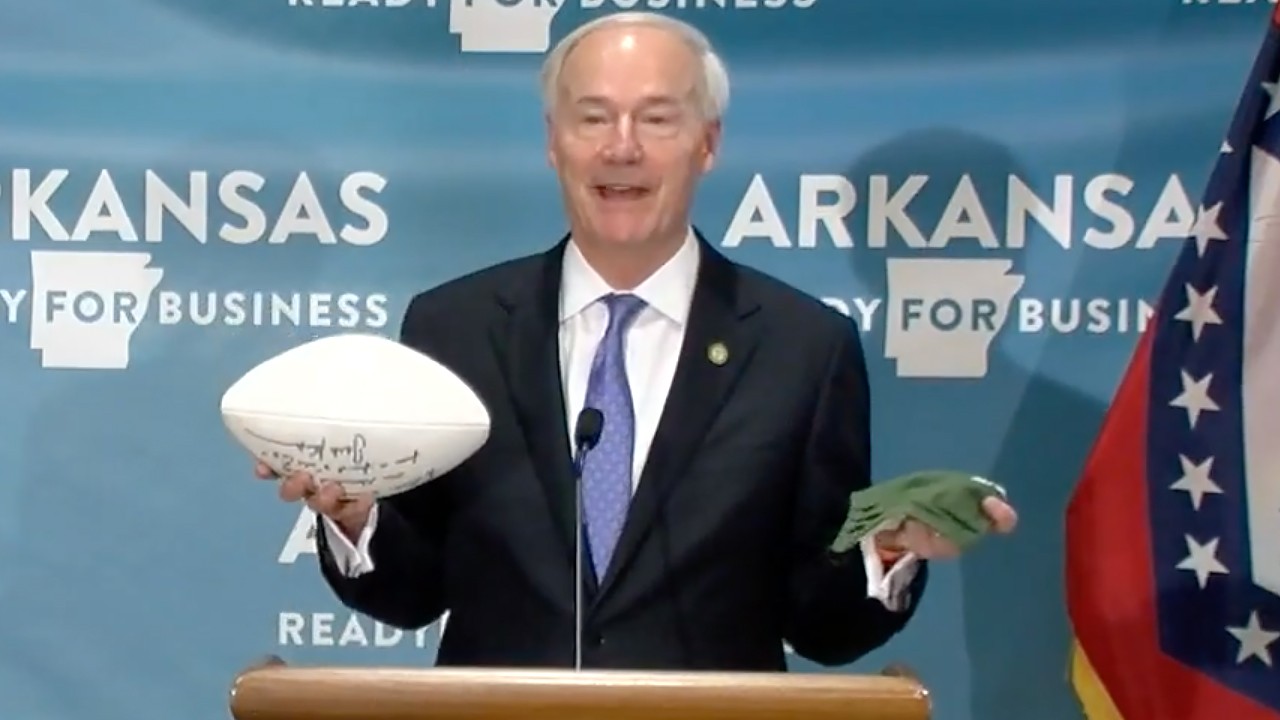 After seeing offseason activities halted for 11 weeks because of COVID-19, players have been training under strict guidelines since early June. The individual training includes weight lifting, running and other activities by contact is strictly forbidden.

Typically by now, prep coaches have been able to evaluate players in contact situations during spring drills, summer team camps. Seven-on-seven tournaments also provide valuable reps for offensive skill players. All of that has been eliminated because of the pandemic.

And now, as the first week of scheduled fall camp is supposed to begin, it appears at the very least the start of the season may be delayed. During Gov. Asa Hutchinson’s daily COVID-19 briefing Tuesday, he was asked about contact sports.

That comment prompted a statement from the AAA later Tuesday afternoon:

“We know there are many questions that we can’t give definitive answers for close-contact team sports on start dates, allowable practice activities for the future, plans for competition venues, etc. We are in communication with the Governor’s Office and Department of Health in efforts to provide answers.”

Without much clarity, there are still some assumptions that can be made based on the traditional calendar and the fact that Hutchinson said earlier this month that contact sports will not be allowed until the state moves into Phase 3 of the CDC guidelines.

If Hutchinson and the Arkansas Department of Health aren’t ready to give the go-ahead at this time and fall camp is supposed to begin next week, it’s easy to assume with the timetable schools wouldn’t be ready to play Week Zero — Friday, Aug. 28.

With the number of cases in Arkansas fluctuating between 500 and 1,000 the past week, it appears the soonest high schools could begin contact drills is mid-August. But will the numbers improve as much as they need to by then to move to Phase 3? Maybe late August?

Normally, of course, they have already seen players during spring practice and team camps. The weeks in August leading up to the season opener still provide heated competition for playing time, but coaches have an idea of who is contending.

Currently there are a lot of high school coaches who have no idea what their depth charts will look like until they see players scrimmaging in practice.

I would think most coaches would want a month to get players into game shape and have a chance to evaluate. All of those factors would lead observers to believe a delay is imminent.

Could that mean pushing back the season to September like Texas is doing with its larger schools and playing into January or cutting some games from the regular-season schedule?

Both would seem to be possibilities at this point.

Now, that other states have acted, the AAA can draw from those examples. Waiting until the last minute may not be the preference of coaches, but when making a decision of this magnitude taking the time is important.

The pandemic is fluid and changes daily. Making a rash decision wouldn’t be wise.

Seeing how the trend looks going into the first of August is a sound move. If it continues to stay the same or rise, the prospects of beginning contact seem slim. Then, a decision can be made on the schedule moving forward.

Other states, including New Mexico and California, have already decided they will not play contact sports this fall. Flipping fall and spring sports is an option, too, although if that were to happen that decision may have to be made already.

What one coach told me he is fearful of is beginning the season only to have it shut down by COVID-19 affecting numerous programs. He assumed if that happened, the season wouldn’t be resumed later.

As we head into the final week of July, we still don’t know much about high school football season, but it appears less and less likely games will begin as scheduled.