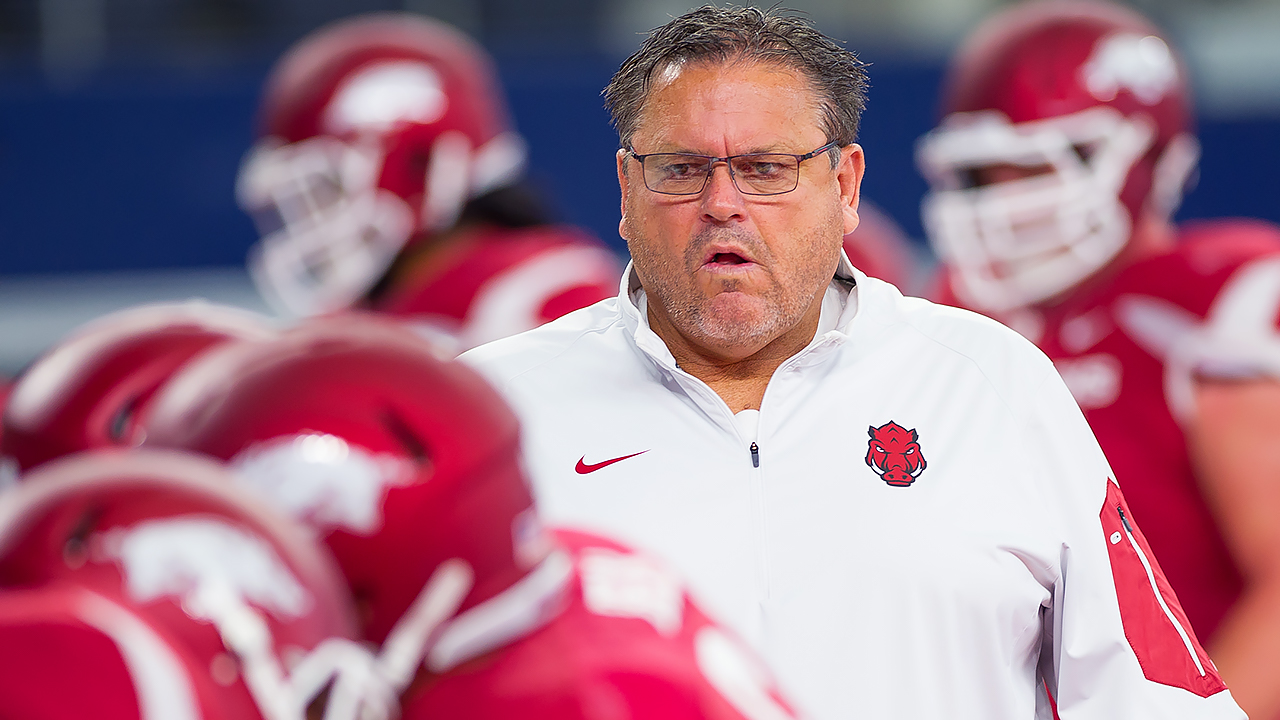 When Sam Pittman took over the Arkansas football coaching job last winter, he knew he was in for a challenge.

After all, two years of the Chad Morris Era had sunk Razorbacks football to an all-time low.

But Pittman’s road to a rebuild has gotten even tougher thanks to the COVID-19 pandemic. The crisis has put college football on hold and left Pittman without a crucial spring practice evaluation period.

Pitttman needs to evaluate the talent he has on campus and his staff needs to fill in offensive and defensive schemes. Pittman probably realistically needs a 10-week spring practice to get all the work in he needs.

Now he has none.

Not only did the Hogs not have spring practice, but they have missed valuable time in the weight room. Part of Pittman’s charge was to make this team more physical and athletic.

That happens during two key times — January to March and May to August.

With the campus closed, Hogs players are working out on their own scattered across the country.

The point is, the staff is limited in the instruction they can do with Zoom calls, emails and text messages.

They also have to rely on players to work out on their own and wonder if they have a proper weight room to work out in or a place to run and work on fundamentals.

Some don’t, so strength coaches have to get creative. I’ve seen different college athletes doing home workouts such as lifting water jugs and the old-school sit-up and push-up calisthenics.

Most of us know all too well how easy it is to get sedentary during quarantine.

That’s the battle for the staff, to keep the players conditioning and off the couch and away from the snacks. Some college football players will report in terrible shape when practice does finally begin and it will take weeks to get them ready to play.

Arkansas athletics director Hunter Yurachek said one of the plans is to have football players on campus by mid-July with the first game with Nevada as scheduled on Sept. 5.

There are still several hurdles to clear to make that a reality including keeping the state’s case trend down and determining the landscape of college football. Ultimately, the NCAA will dictate when the season can start and if there are enough teams in each conference with campuses open for all students, which will be a requirement from the NCAA.

But, if all of that does work, Pittman and his staff are experienced enough to have the Hogs ready for a game in September. It will be a crash course physically and mentally, no doubt, but they will work around the clock to instruct and prepare.

I like Pittman’s “can-do” attitude, and it’s really fitting for this situation. The pandemic is a big setback established programs such as Alabama or defending national champion LSU.

It could be catastrophic for a struggling program such as Arkansas. Pittman knows there is nothing he can do except for stay positive and continue to communicate with his team and recruit hard — which have done successfully since arriving in Fayetteville.

Even if this season doesn’t go well, Pittman won’t use the pandemic as an excuse.

But in his mind, and more importantly the players’ minds, this is going to be a year of progress and improvement and a building block to bigger and better things.

That may be half the battle of conquering one of the more bizarre seasons Arkansas has seen in program history.