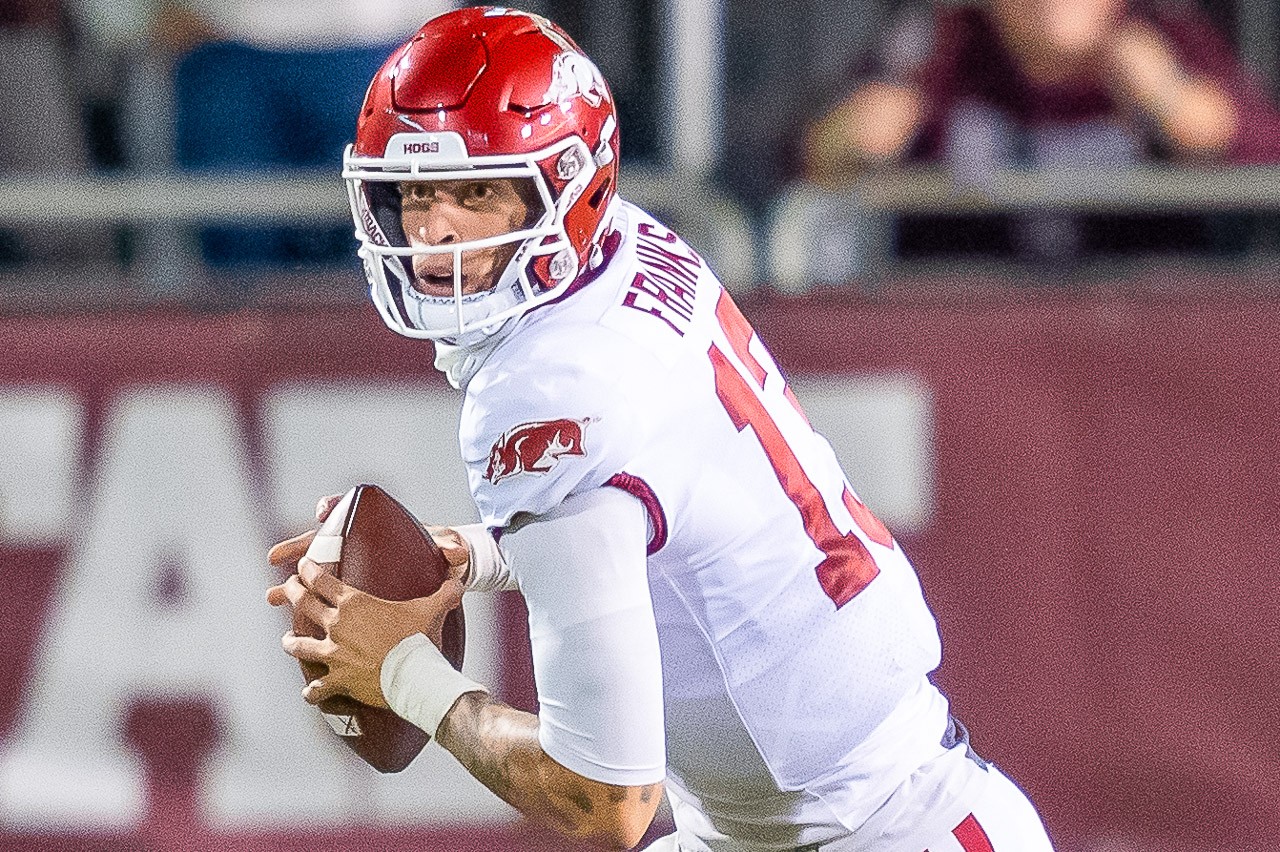 What can be said that hasn’t been said already? Arkansas ended an SEC losing streak, and, oddly enough, every team outside of Mississippi State rejoiced.

Why? Arkansas winning is good for the conference. It removes the twin brother with Vanderbilt complex from the SEC when the fans of other conferences lay claim to why theirs is the best, it gives strength to the schedules, and we have simply become the lovable losers.

Parody is good. Winning is great. Ending the weekly football Saturday mulligrubs is the best.

We have all had a week to enjoy the upset over the Bulldogs; however, there is now another foe yet to conquer.

And, despite good team player speak, there may be a little extra enthusiasm coming from the locker room.

Yes, I wasn’t going to mention Chad Morris by name, but the enticement of search engine results pulling up yours truly was just too much to pass.

Someone asked me what would be the best strategy for victory this game, and my reply was simple: Someone start the rumor Ty Storey will be in Jordan-Hare Stadium on Saturday.

Old, dimpled, Chad will be so busy hiding and-or touching up his resume he will be unable to focus on a single down. Of course, given his offense’s performance against Georgia, our concern may not be too high.

Yes, I am taking Auburn too lightly, but I also downplayed the longevity of Crocs as a fashion trend, yet here we are.

And Gus Malzahn … Well, do we really need to rehash the manipulation he pulled with his last consideration in taking the job as the head Hog in Fayetteville?

The word from fans at the local Waffle House is his wife still carries the offered contract in her purse.

This brings us to Sam Pittman. A man who is not worried about who is wearing their visor and chomping their gum on the other sideline, nor is he concerned with who is drinking yet another Red Bull in the booth.

Pittman just wants to win, and no so does each and every player donning a Razorback on their helmet.

Let’s let it abide and get to the possibilities.

We said it last week, and we’ll say it again: confidence on the defensive side of the ball. Barry Odom and the defense managed to run a rush three-drop eight all game against Mississippi State’s talented offense. They will scheme very well against Auburn’s struggling offense.

The offensive backfield is due. Rakeem Boyd has the need to shine to improve his draft stock while sophomore Trelon Smith showed flares of solid potential. Attacking Auburn’s front will open up the much needed passing lanes for quarterback Feleipe Franks.

Speaking of Franks, he is finding open receivers with pretty throws. He will have a fantastic game leading the offense to four touchdowns.

Why Auburn will win:

The Tigers offense struggled mightily against Georgia’s impressive defense; however, they will get back to the form they showed against Kentucky.

Malzahn and Morris both carry chips on their shoulders, and whether anyone wants to admit it from within the public land grant, enough rumor mill speculation has leaked their true feelings.

The Tigers will play up for their coaching staff.

Honestly, I do not feel like coming up with a third option promoting success for Auburn. Giving them two positive remarks up to this point has already increased my calcium carbonate consumption tenfold.

I want to thank each of you for supporting me in my quest to not be the lowest-read opinion piece writer in the SEC West. Thanks, 12 for sharing it.

I would also like to extend my appreciate to the Hogs for breaking not only the SEC losing streak but for also shutting up those lovely cowbells last Saturday.

Most likely this will be a low scoring game with defense being the key for both teams.

Seriously, if the Razorbacks equipment managers are reading this, please, please, please put the name “Storey” on the back of each jersey. Lame? Yes. Memorable? Yes. Priceless? Absolutely.

Arkansas has motivation, new drive and energy, and the taste of winning clinging to their tusks. They want this more than any Razorbacks team since the slide started under Bret Bielema.

Now “turn that dam jukebox on!”

Be certain to listen to the game Saturday at 3 p.m. at HitThatLine.com and on the air at ESPN Arkansas 95.3 in the River Valley, 96.3 in Hot Springs and 104.3 in Harrison-Mountain Home.

(4) Florida at (21) Texas A&M: Florida is what some would call mildly hot while the Aggies look to bounce back from a blowout loss at Alabama. The Gators confidence carries them through this one. Florida by 22.

Missouri at (17) LSU: Does anyone feel sorry for Missouri yet? Yeah, neither do we, nor does LSU as they have their own agenda. Tigers by 24.

South Carolina at Vanderbilt [SLOPFEST OF THE WEEK]: The two “Least in the East” square off in what will no doubt be an instant classic. Sarcasm aside, Vandy somehow makes this close but falls apart at the end. Gamecocks by 18.

(14) Tennessee at (3) Georgia: Tennessee being ranked initially surprised me, but retaining the ranking going into the third game of the season did not, mostly due to the quality of their first two opponents. This week they travel to Athens, and the validity of their ranking will be put to the test. Bulldogs by 24.

Arkansas at (13) Auburn: So Chad Morris’ players are taking it personally on behalf of their offensive coordinator. Arkansas has said it is just another ballgame. Let’s hope the Hogs are wrong because as of late “another ballgame” has equated to “another loss.” Arkansas by 7.

(2) Alabama at Ole Miss: Ole Miss loves to upset Alabama, and some have mentioned they have the potential to do it again this season to help kickstart Lane Kiffin’s career in Oxford. Fear not, Tide fans, as this one is in the bag. Alabama by 30.

Mississippi State at Kentucky: Early in the season both of these teams were surprisingly ranked in the Top 25. State probably deserved the Week 5 respect after defeating LSU while Kentucky was probably over-hyped. The Bulldogs falling out of the spotlight is a slap in the face to Arkansas, but I digress. Mississippi State by 3.

Karma, you’ve been mean to me all week. Please let my prediction for a victory this week not be a curse.