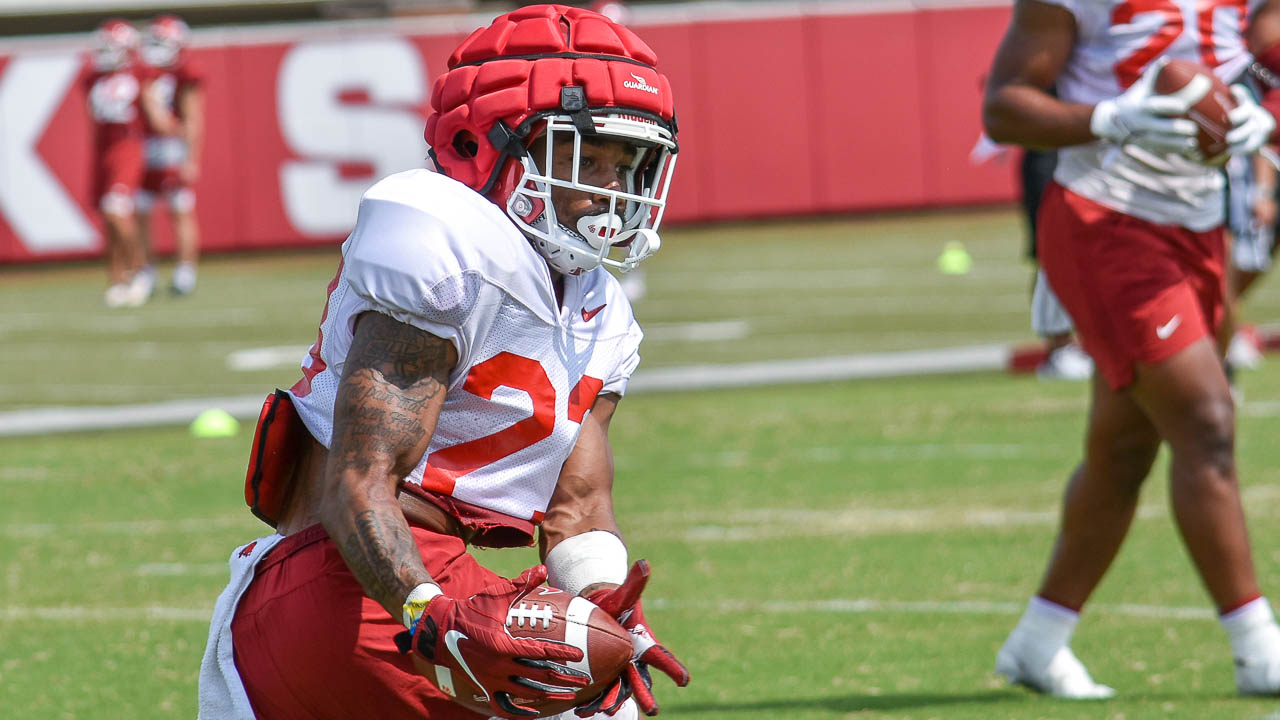 When Jimmy Smith heard about a guy on campus who was on the track team and also played football, he was interested.

Then he watched about 10.3 seconds of film on Josh Oglesby (that’s how fast he is in the 100 meters).

“I said we’d like to get to know him a little better if he’s already on campus and he can run a 10.3,” Smith said after Monday’s practice about hearing Xavier Kelly talk about Oglesby.

Kelly is gone, but he knew about Oglesby because father grew up with Oglesby’s dad in Detroit.

One thing Smith knew immediately was Oglesby had something he couldn’t teach him. It’s sort of like basketball coaches and even the best can’t coach height.

Nobody can really coach that kind of speed but Smith discovered he was a track guy who could play football.

“I watched his film and he was running into people,” Smith said. “He wasn’t scared. He was a tough guy. I couldn’t see his exact size but I knew he was tough. He wasn’t big. But once I saw him and we got him out there I could tell he’d be a good football player.”

Playing football was something Oglesby wanted to do all along.

“Football was always my first love, so when I was over on the track team, I already had it in my mind that I wanted to come over to football,” he said Monday afternoon.

Kelly’s dad got involved with Oglesby’s dad, they met the coaches and the ball started rolling pretty quickly.

“The rest is history,” Oglesby said.

He’s not just fast, but is also incredibly quick. They are not the same thing. Emmit Smith ran for more yards in the NFL than any other running back in history, but he was fast. He was quick, though, which is much more important getting to openings created.

“What’s amazing about him is most fast guys are not as quick as him,” Smith said. “He’s fast and quick, which is a good combination because for me, fast is like a bonus.

Last year was a complete loss because of a foot injury Oglesby suffered in fall camp.

“We needed him,” starter Trelon Smith said Monday. “He’s going to make a lot of noise this year. A lot of speed. We need that in the backfield. He also can catch out of the backfield.

“We can use him in the slot position as well.”

Now THAT could be interesting, at least for Razorback fans.

It will be a headache for opposing coaches.