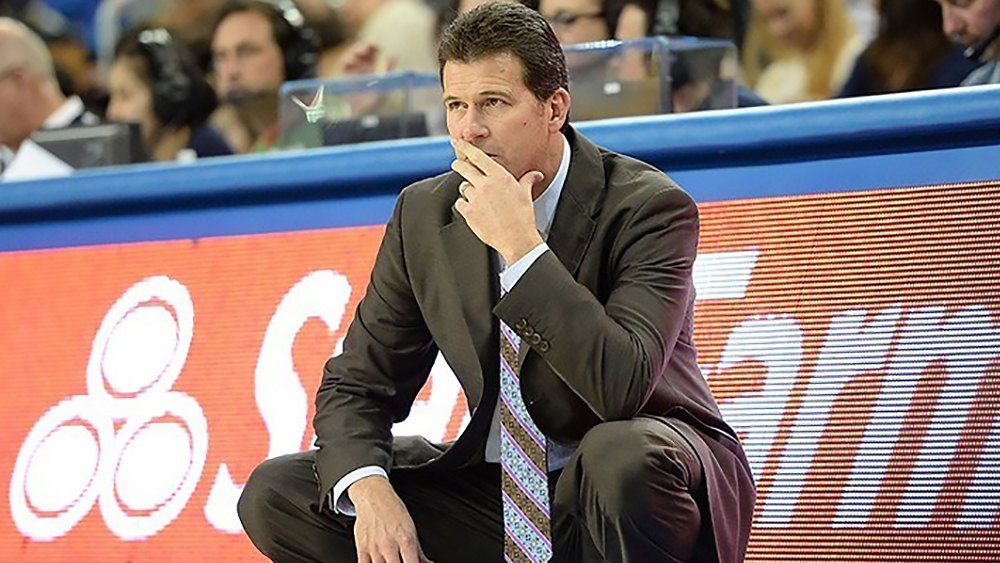 The only thing we know for sure in Arkansas’ search for a new basketball coach is that we don’t know a blooming thing.

Only Hunter Yurachek and maybe a couple of others know and they ain’t talking.

In these things everybody knows somebody and it’s almost aways nobody that knows anything. Coaching searches are usually as ambiguous as that sentence.

Especially when it comes to the Razorbacks.

Now we’re hearing former UCLA coach Steve Alford is one of two final candidates for the job. Whether that’s fake news or not is anybody’s guess.

The guess here is the Hogs would be a much better fit for Alford than the Bruins. This guy had to deal with the whole LaVar Ball circus for a year so he’s seen crazy up close and personal from a fan base living in the past.

Remember, UCLA won 10 national titles over a 12-year period when players had to stay four years … and won one since then (ironically, in this case, beating the Hogs in 1995).

Alford played for and coached against Bobby Knight, so he’s dealt with that. He’s also had success.

He took Missouri State to the Sweet 16 and got UCLA there three times in four years.

Exactly why things fill apart for him with the Bruins probably depends on who you want to listen to. I’ve had people tell me he got a raw deal and others tell me he should have been fired sooner.

As usual, reality is likely square in the middle of that. Sometimes things just happen. Ask Mike Anderson. There are still a number of people ticked off he’s not the Razorbacks’ coach anymore.

Of course, don’t discount the idea the Alford talk that surfaced Tuesday and gained some momentum throughout Wednesday is a smokescreen to take attention away from the real candidate.

There are people who have said he’s one of the final two candidates.

Eric Musselman of Nevada may — or may not — be the other one.

He was reportedly in Fayetteville on Tuesday. Naturally there’s not a single picture from anyone in and around town, which makes you wonder in this day and age of EVERYBODY having a camera in their hands about 90% of the time.

Then his wife shot down the whole thing.

“Twitter created this rumor and boy did it spread,” Danyelle Musselman said in an interview with the Reno Gazette Journal on Tuesday.

Then The Twitter had a video of him IN Reno on Tuesday.

At this point, it appears nobody really knows anything. We’re already starting to hear this guy turned it down for a certain reason or somebody wanted something that threw a wrency in everything.

The usual hysteria that surrounds a coaching search.

Naturally, though, all of this couldn’t be dragging out because the coach Yurachek REALLY wants is still has at least one more game to coach.

Your guess is as good as mine.