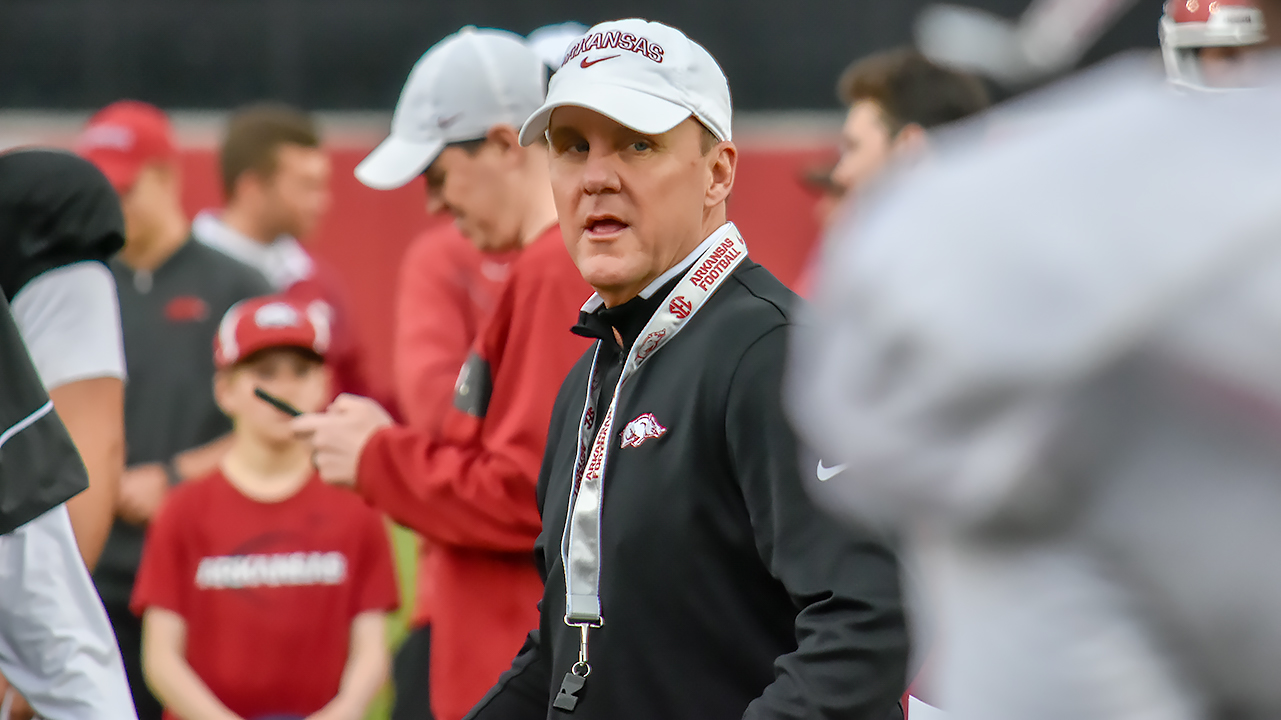 It’s not hard to imagine Chad Morris and Hunter Yurachek looking at each other before Christmas in 2017 and asking exactly what they got themselves into.

In retrospect, though, it may not have taken them three weeks after being hired to ask the questions.

Oh, it’s doubtful either will ever admit it publicly. Neither appears to be the type to complain publicly about a situation neither created, but Morris had to be asking about Bret Bielema, “how did this guy get to three Rose Bowls?”

And Yurachek probably thought about Jeff Long, “how did this guy get a job with that complete lack of people skills?”

The truth is former chancellor John White, a very educated and intelligent person in the world of academics, was a complete idiot when he stuck his nose into athletics. His goal in athletics at Arkansas was apparently to try and put Frank Broyles in his place.

It took him a decade to complete that task.

And he left the UA with Long in charge of athletics and no adult supervision.

By the way. I’m not implying Jeffrey was a child. He was just totally in over his head trying to manage a program like Arkansas and had a disturbing knack of hiring people in the same position. It comes back to people above him that let him have so much rope he could hang an entire department.

As much as some want to give him credit for hiring Mike Anderson and Mike Neighbors, remember that he probably wouldn’t have made it as long as he did if he hired anybody else at that time in those positions.

Long hired Jimmy Dykes, a talking head in the world of men’s basketball, to be the women’s coach of all things right after hiring Bielema in football.

I was on an island by then in my critiques of Long that started with hiring Bobby Petrino. Yes, many fans will holler about back-to-back 10-win seasons. Fans basically traded short-term happiness for long-term misery, as I predicted when the hire was made.

Bringing in Bielema was the capping head-scratcher for me. On the surface to many, it looked like a quality hire, but if you ask anybody he basically inherited what Barry Alvarez built at Wisconsin and he didn’t completely step away.

Giving him a contract extension and a gigantic raise after a 6-6 season in 2014 rests squarely on Long and the UA Board of Trustees, who let him go without that adult supervision we were talking about.

Then he basically wallowed around producing a couple of teams that finished one game above .500 for two straight years before nosediving. Bielema was thrown off the plane before it hit ground and Morris had to ride out the crash.

Now it’s up to Morris to get things headed in the right direction.

Yurachek has a bigger issue. He’s got to make an entire fan base of multiple sports feel more involved and actually appreciated.

We’ll see how Morris does. Another 2-10 season might not work out well for Morris, but the guess here is that won’t happen again.

No one thinks the Hogs will knock off Alabama this year, but with some addition by subtraction on the roster along with adding more talent the situation might not be as bleak as many will predict.

Making hires like Bielema and Dykes that, at best, showed that Long didn’t do any in-depth research into what it takes to hire a coach at the SEC level. It’s part of the reason, we’ve been told, he got out of Pittsburgh before the firing squad rounded the corner.

Yurachek at least understands the goals in the biggest sports and appears to be almost as accessible as Broyles (you could just walk into his office unannounced at one time) and actually is relating to many of the fans he’s met. That’s what they tell me, anyway.

His handling of firing Anderson and bringing in Eric Musselman was how it’s done at the big-time level. Cries from some corners for transparency and explanations have been explained and, in hindsight, the way Yurachek handled it makes complete sense.

In a way, Yurachek and Morris’ jobs are tied to winning.

Morris’ is obvious. He’s got to win football games and I don’t care what fans say on social media or publicly, they don’t really care about the details … as long as the Hogs score more than the other team on Saturday.

Broyles lasted 50 years because he won with the fans for most of the time. Especially the ones that had a vote on his job.

My prediction back in December 2007 when Long hired Petrino was that was going to set back Razorback football for a decade has, sadly, come to pass.

Now we see if my prediction that the right to people are in place to build it back is correct.

But it may take a couple of years.