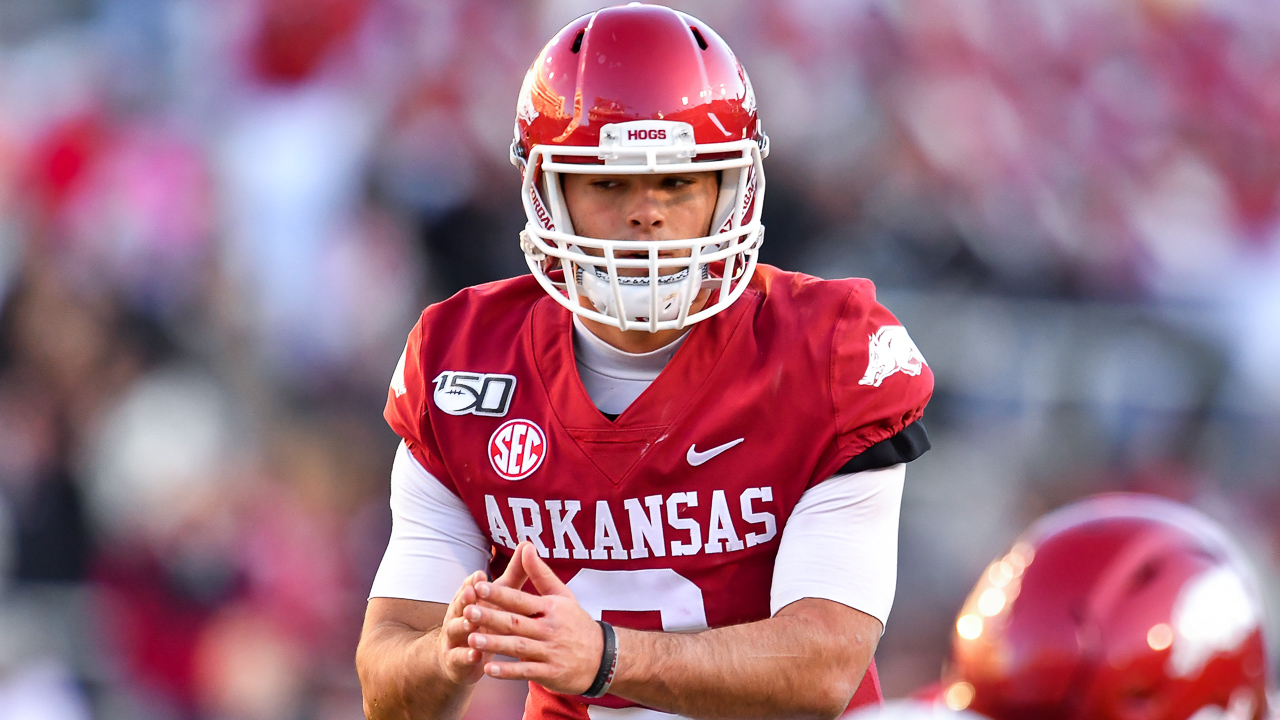 It didn’t take long for the enthusiasm Chad Morris whipped up at his opening press conference to turn into main subject lines for jokes and memes about Arkansas football.

Off the field and in spring practices, his tired clichès have sapped whatever energy he injected in the program and disappeared somewhere in the Colorado night in his second game as the coach.

Since an opening 55-20 win over Eastern Illinois, this program has gone steadily downhill in the product being put on the field and Morris isn’t providing answers, instead talking about development, culture and other stuff.

All that matters is the score on 12 Saturdays in the fall.

Right now that is at an all-time low.

Until someone finally steps up at the quarterback position, Morris has managed to not even be able to get the car running on half of the cylinders, which makes getting into the left lane difficult at best. Forget the hammer down stuff.

Maybe that changes this week with his announcement Monday that redshirt freshman John Stephen Jones will start against Western Kentucky on Saturday in the final Fayetteville game this year.

Highly-touted freshman K.J. Jefferson will also get into the game early … at least that’s what Morris said.

It may be his last hope.

There are a lot of folks who think if the Razorbacks lose and former quarterback Ty Storey hangs a big number on John Chavis’ defense, the housecleaning may start Sunday morning.

For some reason, Morris can’t figure out that talent doesn’t win anything in practice. If they aren’t on the field Saturday, he’s not going to really get much of an idea … mainly because they aren’t facing a high degree of competition. You can’t simulate the game speed.

Chavis, who’s been around the SEC awhile, seems to have been wanting to get some of the freshmen into game situations.

Monday he was as blunt as anybody could be.

“Let’s just tell the truth,” he said. “It was broken when we got here and we haven’t fixed it quick enough.”

“Look at Western Kentucky’s roster,” he said. “They’ve got eight or nine redshirt juniors starting for them. We’ve got five or six freshmen that are either starting or playing a lot. That’s 18-year-old versus 22-year-old. That makes a difference.”

He made it clear, though, he’s not offering excuses.

“That’s all I’m going to say because I’m not an excuse-maker,” he said. “It falls on me. I’ve been in college coaching for 42 years and I’ve never stood in front of anybody and made an excuse.

“I’m not going to start today.”

He wants to evaluate some of the younger guys, though … and on the field in a game.

“We’ve got to bring those young guys along because that’s the future,” Chavis said. “That’s where the hope’s going to be. We’ve got to get ’em in the game for them to get better.”

You wonder why Morris hasn’t walked down the hall to ask someone that has been successful in the SEC for more decades than Chad has years in the league.

Would this season be any different if Morris had put Jones or Jefferson out on the field earlier?

We’ll never know because it didn’t happen. Speculate if you wish, but that’s one question we’ll never know the answer to. What we DO know is it couldn’t be worse than the current state of affairs.

Jones, the quarterback who got the team into the end zone the most in fall camp, didn’t see the field until the Alabama game and the third quarter the following week after the wagon had hit the ditch.

Jefferson didn’t see the field until things were ridiculously out of hand last week.

Exactly why Jones and Jefferson didn’t see the field earlier is buried in excuses of inconsistency in practice and a bunch of coach-speak making zero sense since August.

All of which Morris and offensive coordinator Joe Craddock contradicted, saying he got the team in the end zone the most.

That is when you get the idea Morris would almost rather lose doing it his way than win playing the best players.

And, in case you’re wondering, that usually doesn’t end well.