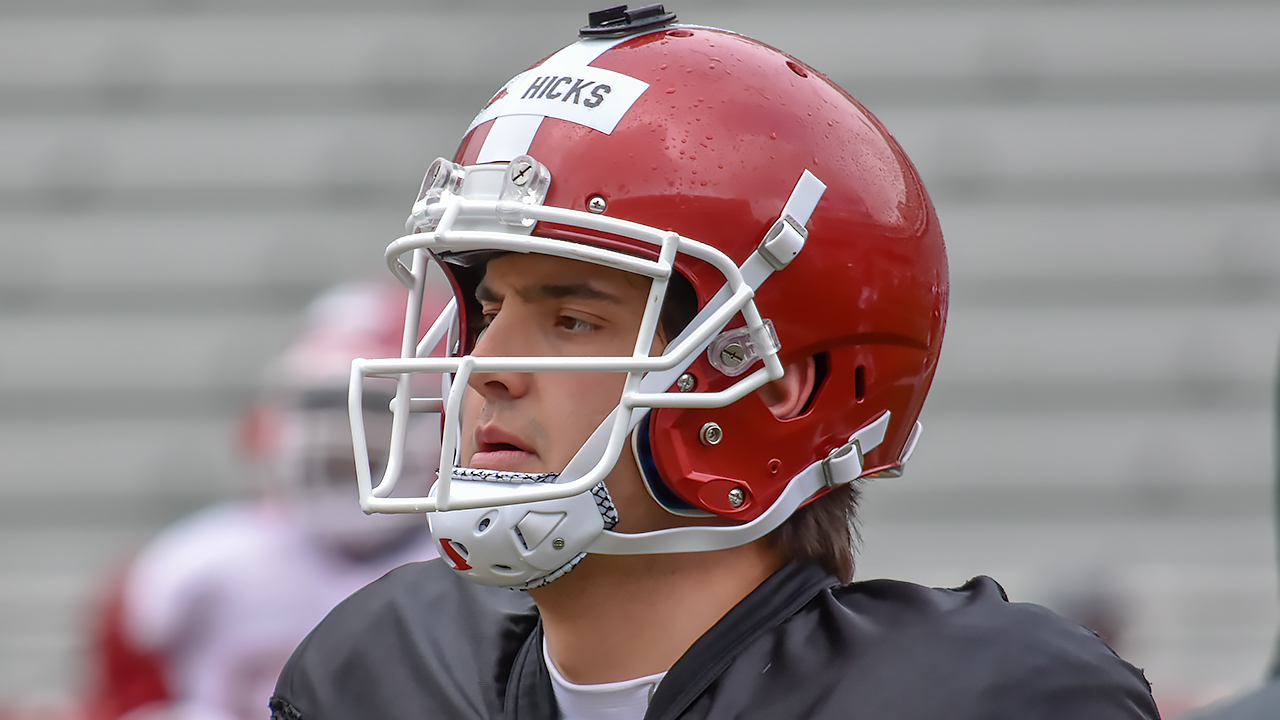 Don’t get hung up on who the starting quarterback is at Arkansas when August 31 rolls around and Chad Morris’ second season gets rolling … hopefully with more than two wins.

The spoiler alert is it will be Ben Hicks under center.

He knows the offense and has taken snaps in games that matter. Hicks put up big numbers at SMU when he had NFL-caliber receivers. As any Razorback fan should know, that matters.

Now the good news is physically this group of receivers looks completely different than any group the Hogs have had in recent memory. Even Jordan Jones, who has resembled a toothpick more than a big-time SEC receiver, now is starting to fill out and look the part.

They are more athletic. You can see muscles rippling in the many Razorback Drill and Attack! drills we’ve seen in practices. This is a much, much more physical group than any other in immediate memory.

Oh, it’s doubtful a lot of fans are going to get that warm, fuzzy feeling from the Red-White game Saturday. This won’t be a dog-and-pony show like the spring game in 2012 when they loaded up the first-team offense on one side playing against the scrubs and it looked like a skeleton drill all afternoon.

Morris has kept this spring practice focused on fundamentals. We’ve seen him working with the wide receivers on one half of the field while Justin Stepp has been working the other side. That’s not a negative on Stepp is the feeling here, it’s just getting both sides an equal amount of hands-on coaching.

He’s had a lot of one-on-one instruction with Koilan Jackson, so it’s not a stretch to think he sees something there from a receiver that has been hampered by injuries and we haven’t seen him on the field a lot. He’s another one of those big, strong guys and nobody seems to remember him when talking about the position.

That doesn’t make a difference in the back getting a hole at the line, but it does make the difference between a 5-yard run and a 30-yard run.

Oh, the offensive line will play a big part, too, but they’ve been banged up and dealing with so many issues it’s been hard to get a good read on them.

Just from limited views, though, this group won’t be worse than last year. They actually look more like SEC offensive linemen than we’ve seen before because they are all long and their footwork looks much better.

All of this wandering around is to get to the quarterback part of this story. Just remember it takes 10 other people on any given play to allow the quarterback to be whatever he’s going to be.

Having more than one quarterback, though, is not a luxury in today’s world of college football, particularly in the SEC.

Look at teams in the championship games the last few years. Alabama needed two good ones to get to consecutive championship games. Clemson started with Kelly Bryant last year and kicked him to the curb for a true freshman, who then proceeded to become the odds-on favorite for the Heisman before spring is over.

Very few teams make it through a season with one quarterback.

Hicks will be the starter. Behind him, though, is going to be a gaggle of guys with their strong points, but not a lot of experience.

Nick Starkel and Connor Noland have the most experience. John Stephen Jones is starting to figure it out. Daulton Hyatt has filled out some. Morris and offensive coordinator Joe Craddock have talked about walk-on Jack Lindsey’s grasp of the offense from an intellectual standpoint.

Who knows what freshman KJ Jefferson will be able to do. That’s not a knock on the kid, but you don’t go out on a limb on a true freshman until you see how he handles being on his own, taking college classes and the demands of being an SEC player just a few months from going to prom.

What Morris has said repeatedly is he’s always on the lookout for another quarterback. Arkansas fans haven’t heard that before.

It’s part of the way he’s putting the program together. In other words, you get the idea no single position — or player — is more important than the team.

The first reaction is it’s good in case of injury.

More importantly, though, it’s about having somebody pushing for playing time at every position. Especially at quarterback.

“It’s not a lifetime appointment,” is one of Morris’ sayings talking about who starts a game.

Having one good quarterback is not enough.

And, these days, I’m not sure you ever have enough.