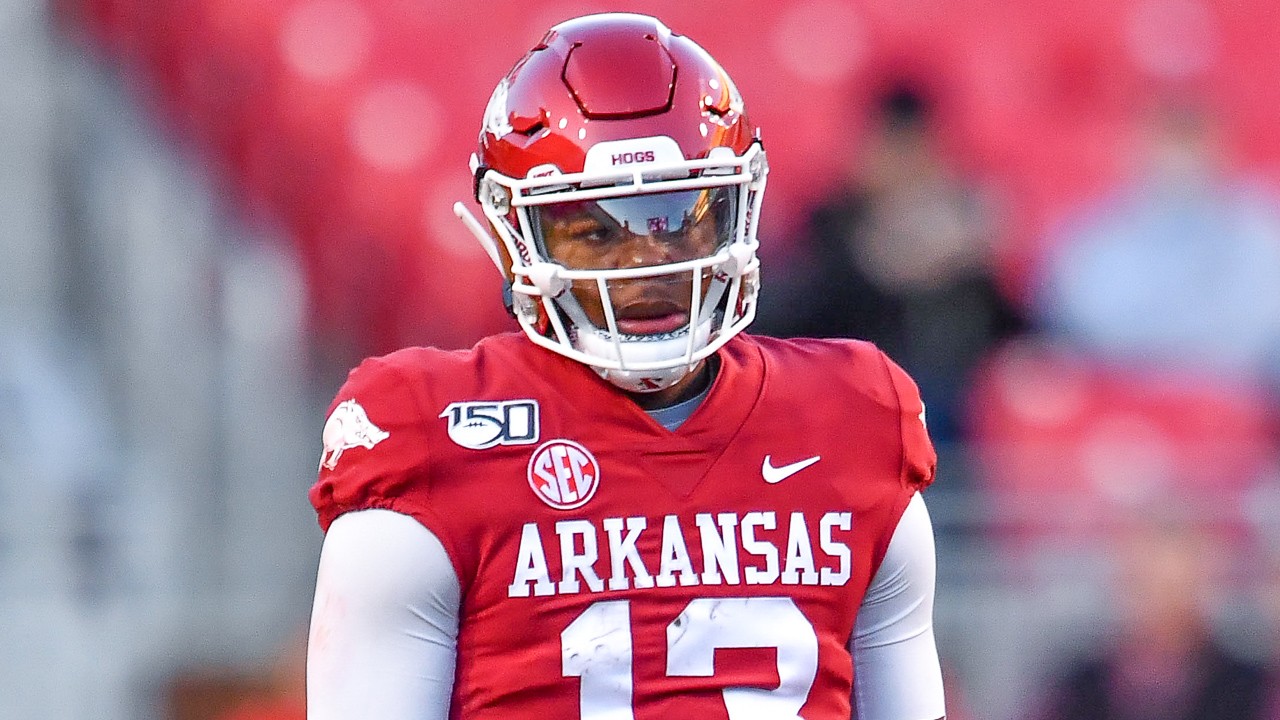 Despite what a lot of folks think, Chad Morris’ tenure as Arkansas’ football coach may not actually be riding on the outcome of Saturday’s game against Western Kentucky.

Exactly what would help is case, though, is a win.

For a fan base desperately seeking hope to see something positive, they are pinning their hopes on what John Stephen Jones and K.J. Jefferson can do at the quarterback position.

Finally, they are going to get to see both in a game situation.

For a Razorback football program that is desperately dog-paddling against a swift current and rising discontent, this may be the biggest game in recent memory. It would help if they could avoid the unforced public relations errors they seem to be making.

All of that could get swept partially under the rug with a win against a Hilltoppers team coming into Fayetteville led by a former Hog quarterback in Ty Storey that Morris insisted Monday he tried to keep for this year.

You can choose to believe that or not. At this point, does it really matter?

Morris, who is more and more resembling a coach completely in water over his head, really can’t afford to lose Saturday as badly as the Razorback Foundation probably doesn’t want to figure out how to afford to be having financial dealings with two head coaches and some assistants they don’t want coaching in Fayetteville.

Yes, that is the ultimate definition of a fully-confirmed mess. Don’t even add what happens to a talented group of freshmen playmakers, many of whom will start seeing more action as this latest train wreck season winds to a merciful close.

This will be the first time this season the best football players on the Hogs’ roster will be on the field the most.

Start at quarterback if you don’t believe that.

It was clear back in fall camp Ben Hicks wasn’t the best quarterback. Morris was hoping to re-invent some magic from back in the SMU days with him, but it really was never going to happen.

Then he went with Texas A&M graduate transfer Nick Starkel and everyone found out why he was in the transfer portal to begin with.

Yes, Morris is finally starting the quarterback who moved the offense best in fall camp … for the ninth game of the season.

He had sustained touchdown drives against Alabama and Mississippi State.

And there may actually be more than two series of action for Jefferson, who fanned the spark created when Jones started the second half against the Bulldogs last week.

Western Kentucky will be better prepared for him. Whether they can stop him or not remains the big question.

The easy guess here is Arkansas will trip and fall in this game. Somehow, though, I’m going to continue thinking they’re going to win one sooner or later.

Whether that includes Morris as the coach is anybody’s guess.

In our picks contest, Peter Morgan picked up a game last week on a fluke and is now one game back. But now we’re getting down to the serious business at hand.

Who would have thought this game would be this close a couple of months ago?

Jeremy Pruitt has gotten the Vols apparently turning the corner and at least playing harder. They still don’t have a lot of talent, but at least they are showing up most of the time now and have gotten some league wins this year.

Let’s face it, the Vols are on a two-game winning streak and the last time Arkansas did that without the spring game counting as one of those was, well, awhile back.

Kentucky has been hit-and-miss all season long. Saturday, they will miss again. Tennessee takes another step forward.

Tua Tagovailoa will apparently be back behind center for the Crimson Tide … at least until he starts hobbling too much on a surgically-repaired ankle within the last month.

The Tigers’ defense will be coming for him.

And I’m not sure he’s a better quarterback than LSU’s Joe Burrow, who is penciled in at the top of my Heisman picks right now. Tagovailoa isn’t even on my list.

Last year he had the same surgery on the other ankle after the SEC Championship game and wasn’t 100 percent for the national title game against Clemson.

If this game was in Baton Rouge at night, the Tigers would be my hands-down pick.

But I’m not going to go against Nick Saban with two weeks to get ready until Alabama actually gives me something more than talking points about why I shouldn’t take them.

Sorry to my Tiger friends, but I do think it will be close and a shootout. It very likely will come down to the who gets the ball for the last time.

That will probably be the Tide.