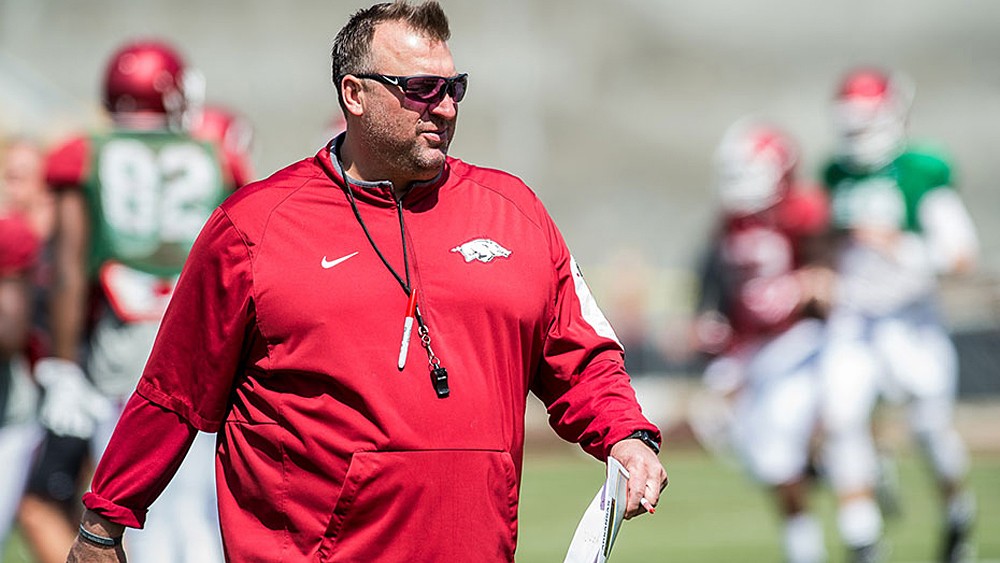 Arkansas athletics director Hunter Yurachek got dragged into the latest round of written exchanges between lawyers as Bret Bielema’s attorney said he has been in cahoots with the Razorback Foundation all along.

“Considering the incestuous relationship between the Athletics Department and the Foundation, it is inconceivable that the Foundation would have stopped making monthly buyout payments and threatened Coach Bielema with a multi-million dollar lawsuit unless Mr. Yurachek was either the architect of that plan or unequivocally expressed his support for it.”

Okay, but unless the attorney has someone ready to step up and testify to that in court it’s just legal speculation to muddy the waters in a lawsuit that is destined for some kind of settlement.

Somehow, none of this is really that surprising. Julie Cromer Peoples hauled off and jumped in over her head when Jeff Long was fired.

She promptly showed she wasn’t very good at handling a firing and it’s on Joseph Steinmetz allowing her to hire the new football coach.

When the Foundation figured out Bielema was trying to get some experience (and a Super Bowl ring) with the New England Patriots instead of getting a real job they quit paying him, which is a standard business maneuver.

Naturally, though, Bielema’s attorneys haven’t had to produce an answer to why the coach had a room behind a bar on Dickson St. and blew off meeting recruits to fly off on gambling trips.

That is just part of the reason the program took a two-year nosedive which led to Bielema getting fired for simply being lazy and completely incompetent.

Exactly why Bielema was only able to get the equivalent of a graduate assistant’s job with the Patriots after being a head coach in the SEC is rather mind-boggling. He at least won more than his successor … who got a job making $750,000 a month after getting fired.

We probably haven’t heard the end of this and there may be some interesting revelations now that Bielema’s lawyers appear to be taking wild guesses in their filings.

And it may just all go away in a settlement.