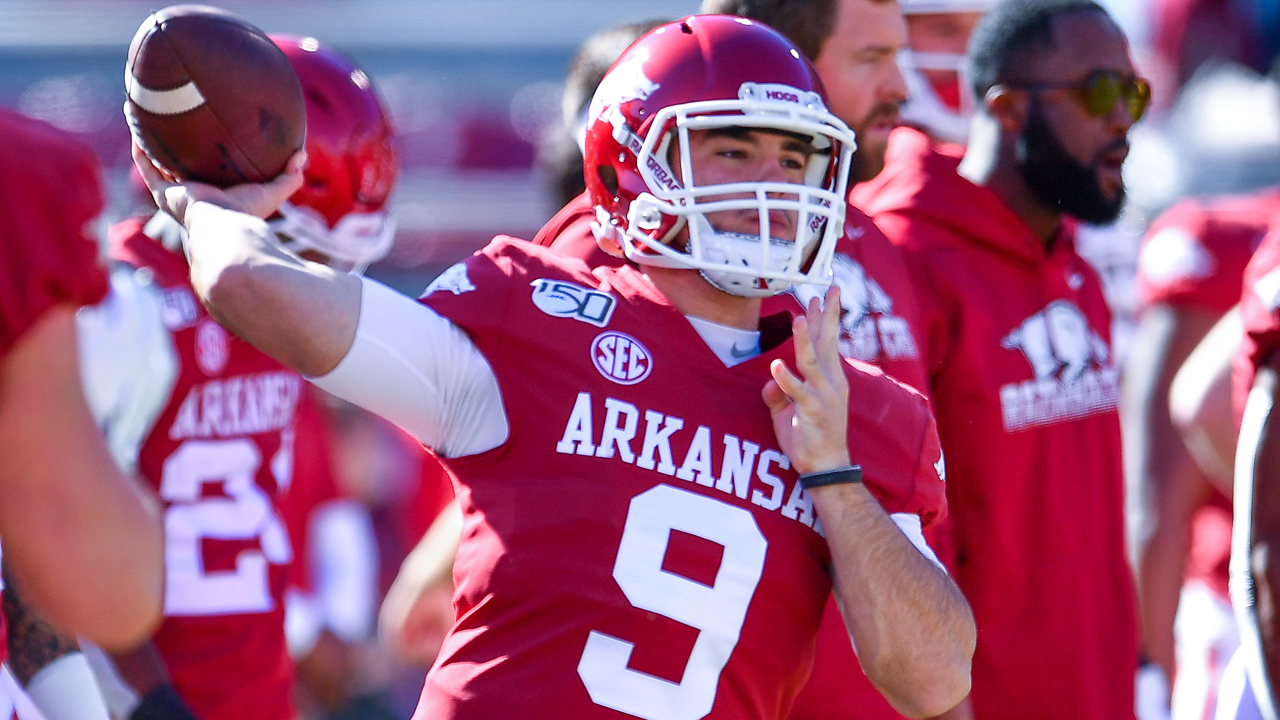 If there were any holdovers wondering whether Chad Morris didn’t have a clue what’s wrong with Arkansas football or how to fix it, we found out Saturday it’s probably both.

The result in a 54-24 loss to Mississippi State left Morris and the players baffled.

“This was probably one of our worst tackling games we’ve had,” linebacker De’Jon Harris said later. “And we’ve been poor basically all year, really.”

A player sums it up better than the coach.

“It was a collection of things,” Morris said later.

The Bulldogs, who came stumbling into the game after getting thumped around lately, ran for 460 yards on a Razorback defense that really didn’t seem particularly interested in tackling the SEC’s leader rusher, Kylin Hill, who had 234 yards and averaged 11.1 yards per attempt.

Think about that a second. Hill averaged more than a first down everytime he ran the ball.

State also had another running back, Nick Gi son, ring up 129 yards, averaging 10.8 per attempt.

“I just did not think we showed up today,” Harris said. “I don’t know what’s going on.”

When you have a defensive coordinator making $1.5 million a year like John Chavis, giving up 640 yards and 54 points to the second-worst team in the SEC is not a good look.

The fact that you’re supposed to be an offensive whiz and sticking with a quarterback that, bless his heart, couldn’t play dead in a cowboy movie while sitting two players who have shown they can at least move the ball has gotten past ridiculous.

Morris is proving he doesn’t have a clue how to win in the SEC or put together an offense that can even move the ball.

Add to that a complete inability to develop anybody in two seasons to play quarterback and a lack of guts to actually play through mistakes for results and, well, you wonder how thin the ice is under Morris’ feet.

On top of all that, tight end C.J. O’Grady was suspended for the game, which has becoming disturbing trend under two coaching staffs, which kinda narrows down who’s got the problem.

“We’ll meet tomorrow,” was all Morris would say about it.

HawgBeat.com reported it may be the end of the road for O’Grady:

The suspension stems from the fifth-year senior missing multiple meetings the week leading up to Saturday’s game, according to sources. Barring an unforeseen development, his career with the Razorbacks is likely over.

If you’re looking for clues Morris has lost the players, take all of that however you will, but it’s not a good sign.

Especially when you look at how poorly this entire team has been responding.

In the first quarterback against the Bulldogs, the Hogs had the ball for just 2:51. They got one first down, coming on a 22-yard run by Rakeem Boyd.

Morris sticking with Hicks at quarterback after that made no sense. The Hogs’ only scores came on a 52-yard run by Boyd, then getting a 40-yard field goal after recovering a fumble on a punt, which pointed out another problem.

Jordan Silver had recovered the fumble on the State 23-yard line. The offense gained one yard and had an interception overturned on replay. Connor Limpert salvaged a 40-yard field goal to make it 24-10.

Morris tried to tell everyone the problem in the first half wasn’t all on Hicks.

“We dropped too many footballs,” Morris said. “[Hicks] was putting the ball where it needed to be early and we dropped balls and couldn’t get the chains moving.”

No, this was a complete inability by Hicks to provide any spark for the offense.

In the second half, Morris finally went with John Stephen Jones in the third quarter and K.J. Jefferson in the fourth period.

Both managed to move the team better.

But it was Jefferson’s scoring drive that gave a shot of electricity to a crowd that started small and dwindled as the set sat.

He started with a 21-yard run on first down, flattening a Mississippi State defensive back. Then he thew a jump ball to Treylon Burks down the right sideline for 32 yards that set up a 5-yard run by Jefferson.

Jones had delivered a scoring pass on a fourth-and-8 from the Bulldogs’ 11 that dropped in perfectly to Mike Woods in the back of the end zone.

“It was a helluva throw,” Boyd said later.

Morris still wouldn’t name a starter for next week, either. Or rule anybody out.

“We’ll get back in here tomorrow and go through that,” Morris said.

So, in effect, he said he has no clue what to do.

Get ready for an interesting week.