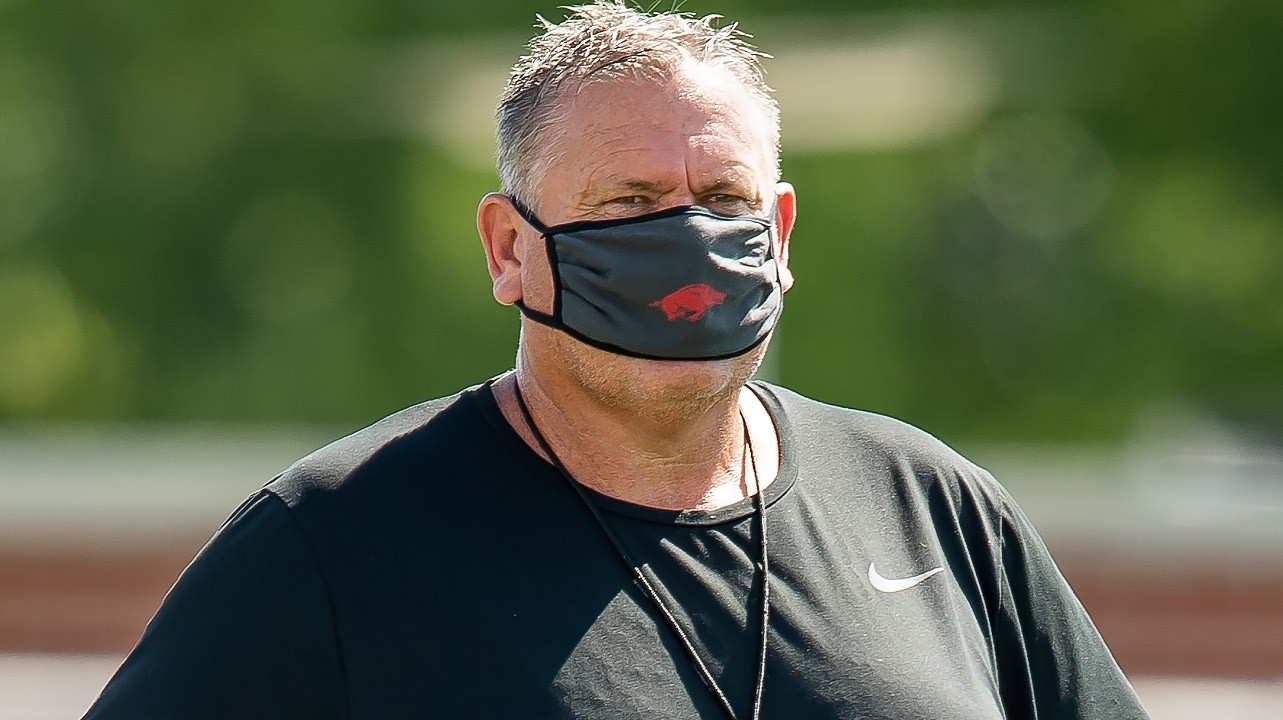 New England coach Bill Belichick has said it on a few occasions and Arkansas football probably wasn’t on his mind but maybe no better statement applies around the current mess.

It certainly is what has gone on with the Hogs the last eight years in a shocking run of bad coaches.

The talent level is not that bad. It certainly hasn’t been 4-20 quality. The Razorbacks’ level of talent of what is (and has been) on campus the last eight years should have won more than 37% of the games played.

People now talk about the talent level on this team guaranteeing more futility and nothing could be farther from the truth, in my opinion. No, that’s not to even imply they are ready to challenge for the SEC West title but they aren’t that bad.

This team has had little leadership from the top down for those eight years. Even John L. Smith wasn’t going to win 11 games with the talent he inherited but it was good enough they should have won at least seven.

Even Blundering Bert should have won considerably more than what he accomplished. He managed to lose games the thought had to cross your mind at least once he was trying to lose.

If Chad Morris did anything positive it was keeping the redshirt on so many of the better players he acquired. It’s easy to point fingers at the most recent coach but Morris was completely lost from day one.

The staff now at Fayetteville would have put the Hogs in bowl games the last two seasons with the players on the roster. Not exactly a top-tier bowl but they would have at least won half the games.

Yes, coaching makes that big of a difference. Don’t believe it? Out of the eight coaches the Hogs had the last 30 years that left and had any level of success were Ken Hatfield, Houston Nutt and Bobby Petrino … all had limited success.

Morris was the worst because he was the least qualified to ever have the job in the first place.

Don’t start thinking players will go out and play up to 100% of their ability every game. That’s not necessarily a knock on their effort. Coaching is preparation and if players don’t believe (or understand) what they are supposed to being doing they think too much.

The result of over-thinking things results in players being a step or two behind at a level where a half-step will cost you wins.

We heard for two years from players and some assistant coaches about the previous staff’s inability to grasp anything. Some players told me their high school teams were better organized. Assistants told close confidants it was obvious the direction from the top was chaotic, at best.

The result was the players were hesitant. The quarterback position was such a revolving door none of them played to a fraction of their ability. Very seldom has it worked out well with no consistency there.

I’ve seen it with Hall of Fame coaches. The only time Tom Landry won championships was with Roger Staubach winning games, often ignoring the plays Landry sent in.

Too many people misunderstand the X’s and O’s conversation. Some like the old line, “it’s not the X’s and O’s but about the Jimmy’s and Joe’s,” which is accurate but not exactly in the context most people think.

If you don’t put ol’ Jimmy and Joe into the right X and O the result is going to be a disaster.

And the Hogs have been all of that — and maybe a bit more — over the last eight seasons.

Coaching is the reason why, not the talent level.