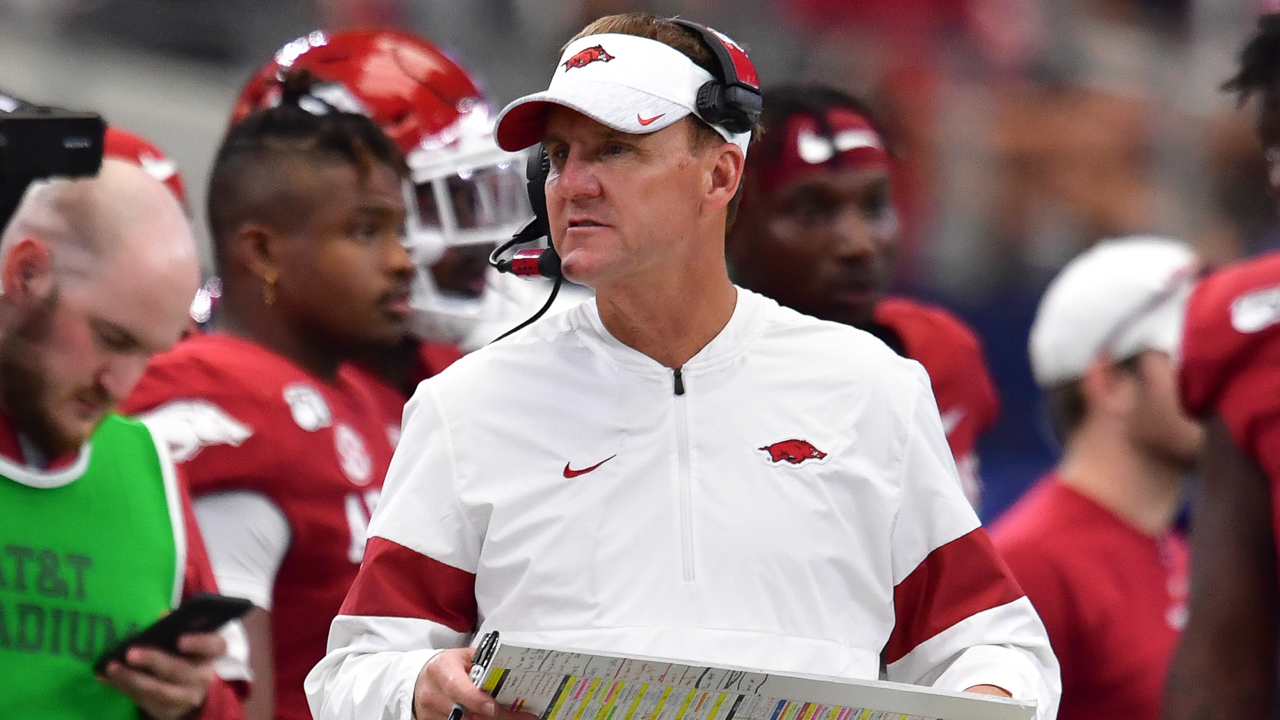 Chad Morris wasn’t taking the moral victory out of Arkansas’ 31-27 loss to the No. 23 Texas Aggies on Saturday that a lot of people will get out of it.

He clearly is wanting a win.

“Losing is not acceptable,” he said after a late drive fizzled at the end. “There are no moral losses. We’ve got to find a way.”

This one is going to sting for fans. Despite what only a handful may claim in hindsight, nobody gave the Razorbacks much of a chance, although everybody kept putting money on the Aggies, which is how the line climbed to 23½ by Saturday morning.

Morris, though, wasn’t making any excuses after this one when he could have mentioned losing starting quarterback Nick Starkel in the first half.

Starkel was 12-of-17 against his former team for 109 yards and one interception (the receiver on a screen pass was tackled and the ball hit the defender … don’t ask me why there was no flag).

Enter Ben Hicks, the often-maligned starter for the first two games of the season.

“He was very prepared,” Morris said.. “He’s had a chance over the last couple of weeks to step back and prepare himself, knowing that the opportunity was going to come again. He gave us a chance.

“He put some good balls on the money, and that was good to see. That’s what you ask of your backup when he comes in.”

There will be no controversy after Starkel apparently bruised his arm on the interception and didn’t return.

“Nick’s our starter,” Morris said. “He had an arm contusion and lost strength … couldn’t grip the ball.”

With an off week coming up before going on the road to Kentucky, it will be interesting to see the response coming off a very close loss.

How close? For the second year in a row the Hogs were throwing near the goal-line at the end with a chance to win this game.

It wasn’t the prettiest of drives, either.

“We gave ourselves a chance,” Morris said. “We overcame a lot of adversity on that fourth-down drive. We had to convert a fourth down and we did. We covered a guy up, we had a shift and a motion and not getting set.”

Arkansas only got two possessions in the fourth quarter. The defense was worn out by then and simply couldn’t make a play on third down.

In a league that has evolved over the last decade into one where you have to score points to win a game, the offense simply couldn’t make up for the defense.

Not that they didn’t try. There was just that one turnover, but neither team was oing to let the other one run all day, either.

It was the response Morris was looking for, but they still didn’t get a win.

“This was a pivotal week for our football team,” Morris said. “We all knew the performance last week was unacceptable. How we responded was the only thing that matters.”

“They did exactly what I asked them to do and that was to respond,” Morris said. “They responded every day last week. We had one of our best weeks of practices that we’ve had, the intensity level, the energy level.

“It led me to believe that these guys were going to play extremely hard today, and that’s what they did.”

Last week’s effort in the loss to San Jose State left enough things wrong for the blame to spread around to everybody.

This week, well, they lost to a team nobody gave them a shot of being able to have even a chance of beating.

It’s the last part of that Morris is bothered by.