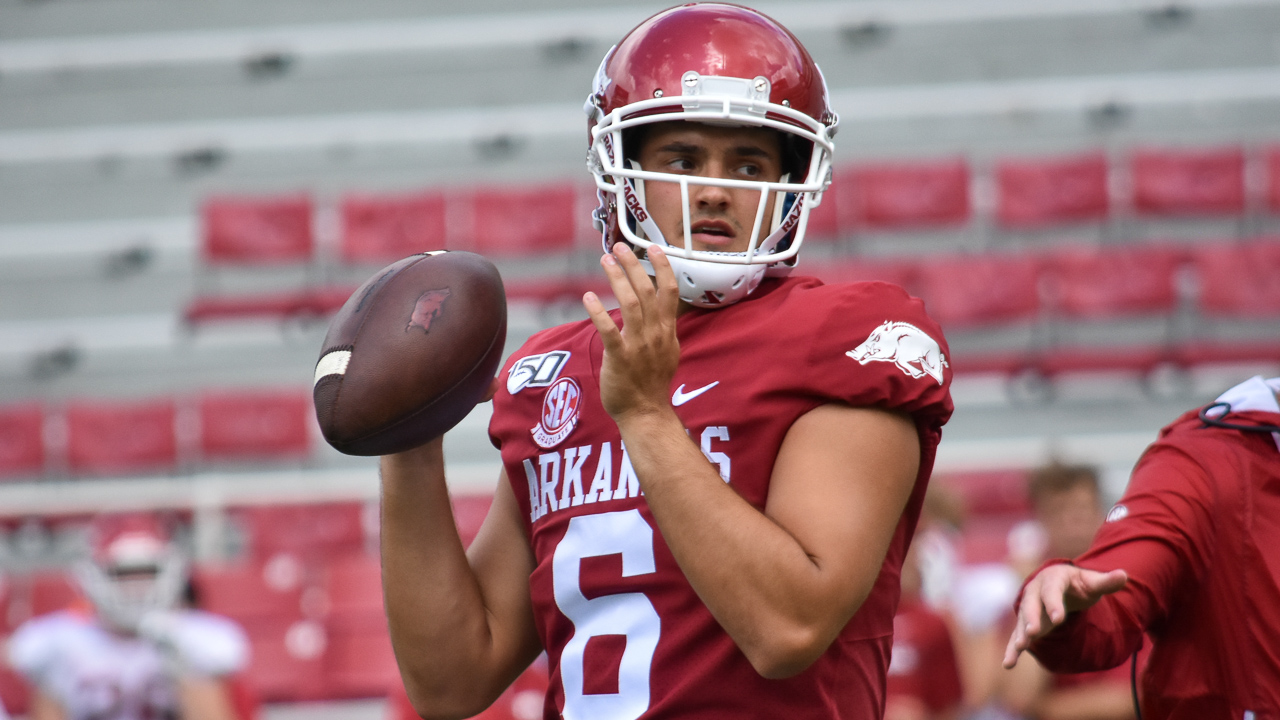 Chad Morris started his press conference talking in glowing terms about John Stephen Jones and K.J. Jefferson, paused and kicked it into gear announcing Ben Hicks as the starter.

There were some people holding their breath at the beginning, trust me.

But he finally got around to doing what ultimately is the logical choice at this point in what is a critical year and it’s all based on who can handle everything other than passing.

“Ben has an incredible command for everyone and where everyone should be,” he said.

That really tells you everything you need to know about what this decision apparently came down to. Hicks can continue being, in effect, a graduate assistant coach in a uniform.

I’m not sure that’s a particularly bad thing.

“We’re going to play a lot of young guys,” Morris said. “And that alone was the main deciding factor, his ability to know where everybody’s supposed to be, get our offensive line in the right protection and do it at a pace to where the game, because of his experience, is a little bit slower.”

By the way, that’s not a change in philosophy. Morris would still like to play at a high tempo, but things have to slow down for the quarterback in his recognition and making decisions literally on the fly.

Starkel might be able to make those same decisions as quickly right now, but not likely. Morris and offensive coordinator Joe Craddock had enough frustration last year watching a pair of guys who hadn’t quite picked things up.

“Ben gives us the best chance to win right now because he he can really get everybody going in the right way,” Morris said. “He can make sure that if a freshman receiver is split out too wide or too tight he can be able to move him around and make protection calls and help the offensive line and help the running backs.

“So it’s just kind of what we felt like that gives us the best chance to win going into week one.”

Morris flat said he doesn’t have the same arm as Hicks.

“You can see that the way the ball jumps out of Nick’s hand,” he said.

But that isn’t the most important thing for a quarterback, particularly in one like this where reading keys, making decisions fast and getting rid of the ball quickly. That comes with comfort and Hicks has more of that than Starkel right now.

Craddock talked with me back in the spring about how much of the quarterback position in this offense is based on what goes on above the shoulders.

“He went out every day and led the guys,” Craddock said Monday. “Nick started with an uphill curve, honestly, because he got here a little later than Ben did.

“Ben went out and competed and did everything we asked him to do. He has a great understanding of the offense and where we’re at. Especially going out there with a lot of young guys.”

It’s not rocket science or even Danny Ford’s scientific rocket. Morris isn’t putting Hicks at quarterback out of loyalty.

He’s putting the guy he thinks can get this team headed in the right direction this year. He didn’t make any pronouncements of Hicks having the job for the complete year.

Which means the competition will continue.

With three opponents in September that, well, should give everybody a chance to play, the schedule works out pretty well for the Hogs.

By the time Texas A&M rolls around, these freshmen will have four games under their belt, including an SEC game and they won’t be wide-eyed freshmen any more.

With an experienced guy leading them on the field who just happens to be a stout competitor. Don’t quote me what he did at SMU against Power 5 teams because he wasn’t quarterbacking a Power 5 team so it’s comparing apples and oranges. That’s a ridiculous argument.

You get the idea whether Hicks keeps the job depends on wins.

Which is, ultimately, what it’s about.