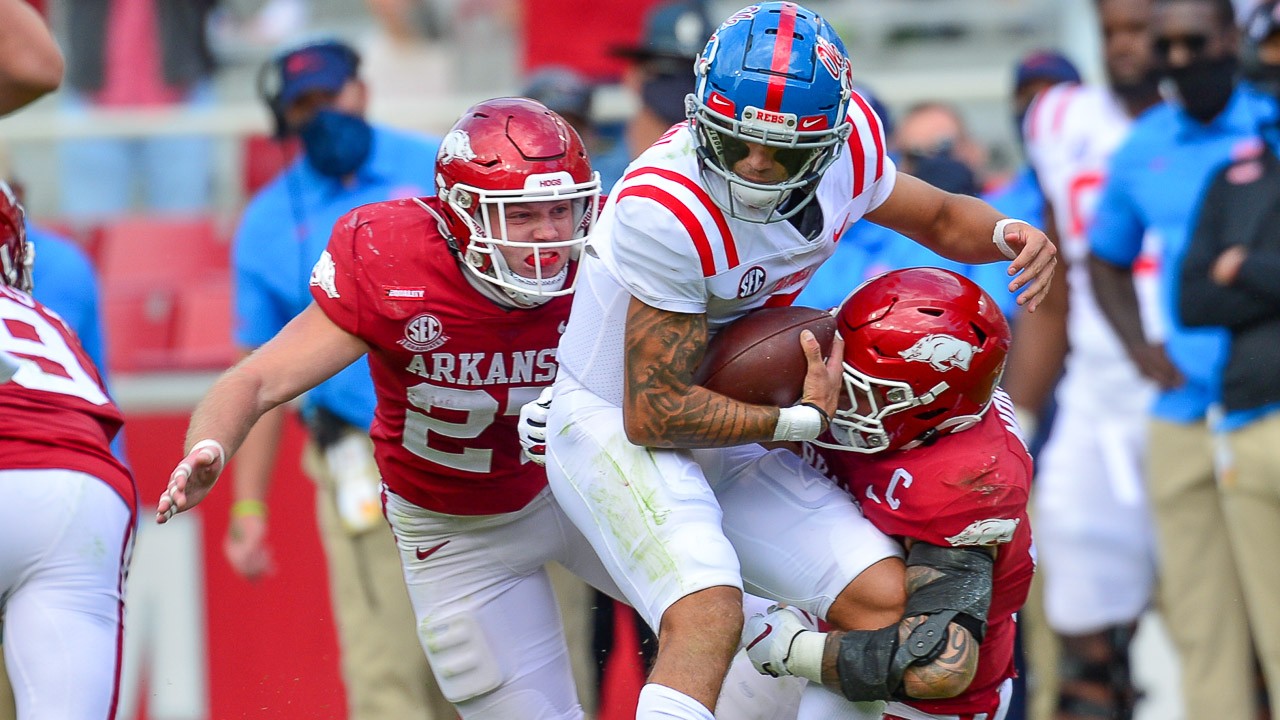 Arkansas’ linebacking corps will be returning completely intact for 2021 as the last one, senior Hayden Henry, made the announcement Tuesday he’ll return.

Arkansas returns every linebacker who played a defensive snap last season. While most of them probably won’t be playing at the next level, it is interesting to see that nine seniors who could start their life wanted to come back.

Probably no small part of then returning is what Sam Pittman is building for the Razorbacks is something players are buying into.

Henry played 515 total defensive snaps, while also being a solid special teams contributor. He’s played 780 special teams snaps during his four years at Arkansas, with at least 150 in each season.

It will give him a third season with his brother, tight end Hudson Henry.