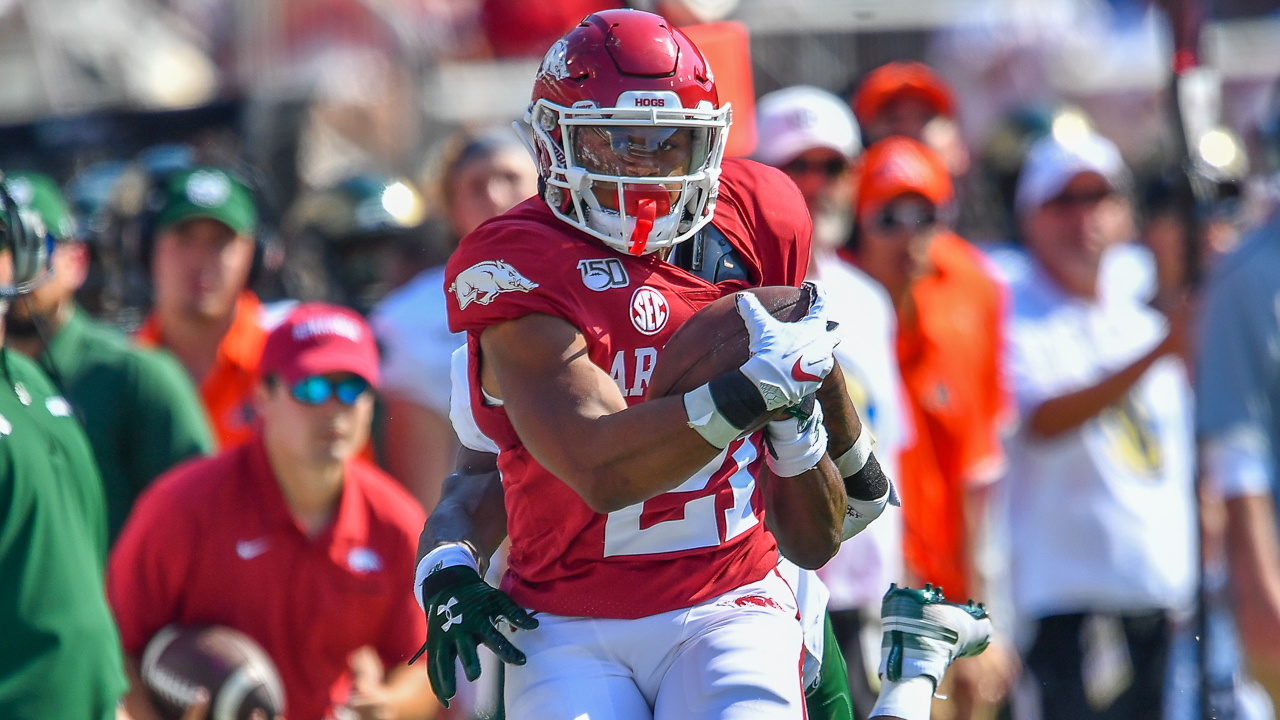 Maybe everything you need to know about how NFL teams are evaluating players these days is lightly-used tight end Chase Harrell got a deal with a team after the draft while Cheyenne O’Grady is still waiting.

That has little to do with talent and how the league takes into account a lot more than how fast, strong and well you play football these days.

NFL teams don’t take as many chances if there is a hint of off-field questions these days. It’s not substance abuse these days as much as it is simply getting to meetings on time, not missing classes and nothing to do with what’s on the tape.

Here’s a list of the Razorbacks who have signed undrafted free agent deals (and it may be updated):

By the numbers, the odds are actually better taking the free agency route than getting picked after the third round.

Last year in the NFL on opening day, over 30 percent of team rosters were made up undrafted free agents … in other words, about 16 players per team on average.

As I learned covering the NFL years ago if you aren’t going in the first three rounds it’s better to be an undrafted free agent. It’s in the numbers.

If you’re a free agent and have multiple offers, you can pick the team where you have the best shot of making the roster.

And you can rest assured teams ask as many questions about free agents these days as they do players they are drafting … only they avoid problems. The last thing they’re interested in doing is having to babysit a free agent.

O’Grady’s problems, ultimately, were of his own doing and they’ve been well-chronicled over the last five years. Getting kicked off the team midway through last season near the end of Chad Morris’ time probably shouldn’t have been too surprising.

He’s got the talent. There’s no question about that.

It’s the other things that count for just as much these days. Instead of being picked by a team he’s in the position now of having to hope for a chance.

Which will be slim, at best.