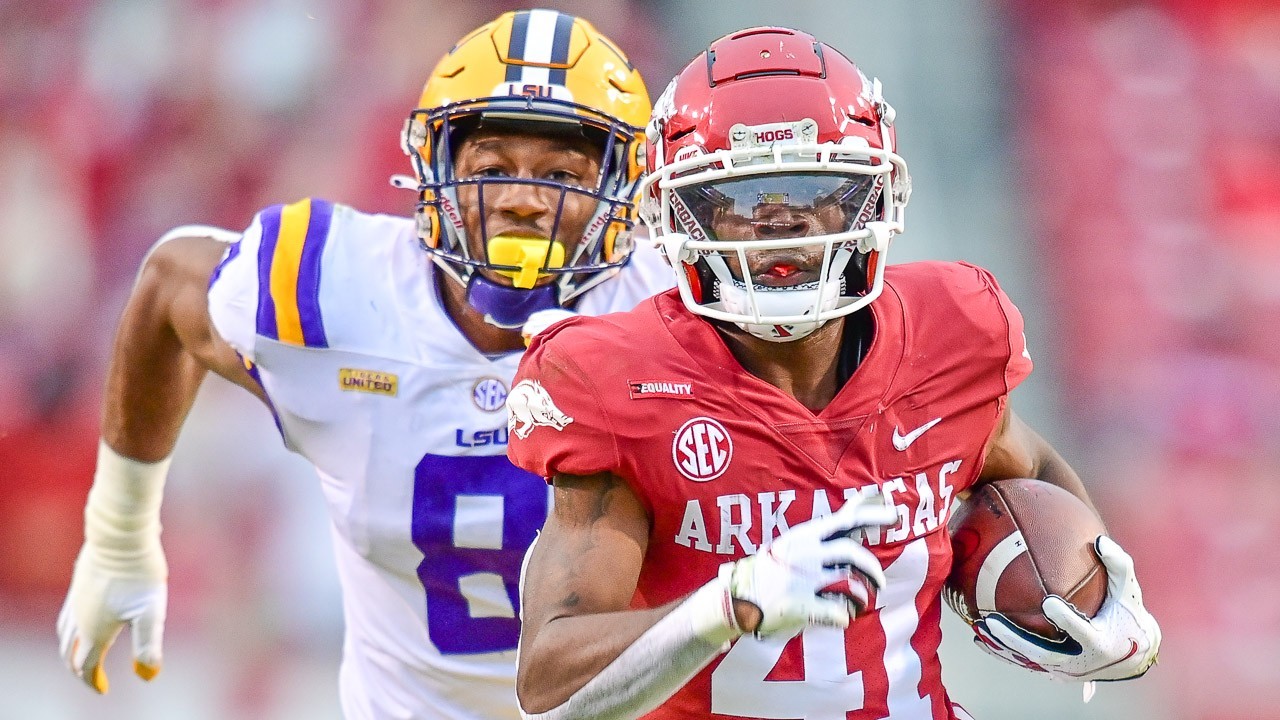 T.J. Hammonds has almost lasted long enough with the Arkansas football program to qualify for retirement benefits … and he’s not leaving.

Hammonds announced on social media Monday he will be coming back for his sixth season with the Razorbacks.

“After talking to my family and the man up top. I feel its best if I return for another year.”

He does add an element of speed to an offense that looked for a couple of years like it was moving in slow motion most of the time.

Hammonds’ time with the Razorbacks has had ups and downs after signing as a four-star recruit from Joe T. Robinson in Little Rock.

He’s bounced between running back and wide receiver, but his big plays have come when he could get in the open field and use his speed. For whatever reasons he never found much stability on offense through three coaching staffs.

But he has gotten a degree … and he’s apparently not in any particular hurry to leave.

Hammonds has 544 yards and two touchdowns on only 79 carries. His career 6.9-yard average would rank second only to Felix Jones’ 7.7 in UA history if he had enough touches to qualify. He’s also caught 13 passes for 221 yards and two scores, for an average of 17.0 yards per reception.

He was able to return to school for a sixth season because of a rule change by the NCAA. In response to the coronavirus pandemic, all football players have been granted an extra year of eligibility, regardless of how much they played this season.