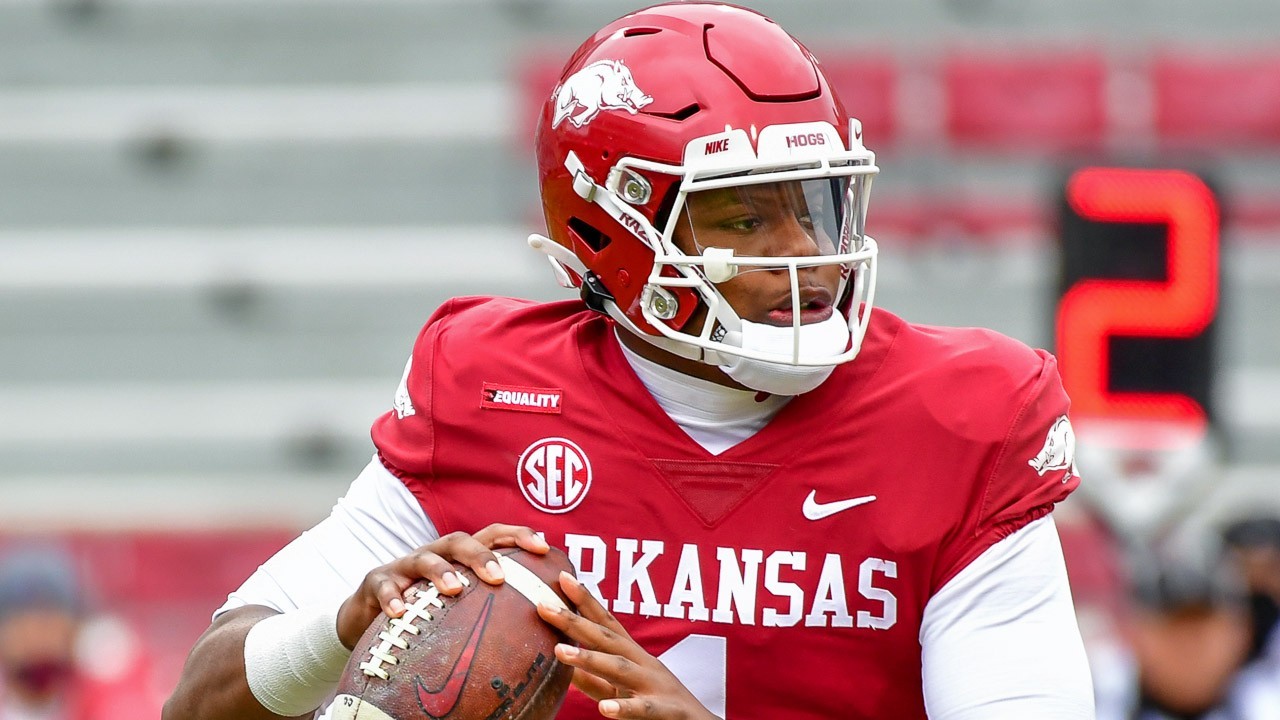 If anybody asks Sam Pittman about the execution of Arkansas’ offense in the first half against Alabama, he might be in favor of it.

No, not really, but as the Crimson Tide offense has methodically put up 226 yards, the Razorbacks have a total of 70 so the 38-3 Bama lead shouldn’t be surprising.

The Hogs’ offensive line has piled up numerous procedure penalties (moving at the line) and Eric Gregory alone on the defensive side has been drawn offsides by Tide quarterback Mac Jones apparently getting away with some creative snap counts.

Arkansas was in this game for most of the first half. It was 3-3 with 2:16 left in the first quarter when DeVonta Smith returned a punt up the middle of the field for 84 yards for a score that opened the floodgates.

Alabama got a pair of touchdowns from Najee Harris (1 yard, 5 yards) and Brian Robinson, Jr. (1 yard, 4 yards) while the Hogs’ offense just basically stumbled around.

Feleipe Franks started at quarterback for the Hogs, but didn’t have a lot of success and K.J. Jefferson is finding the going a little more difficult than he did last week against Missouri.

Franks had 33 yards in lost rushing yardage on sacks or failed scrambles while Arkansas’ inability to convert on third down (just 1-of-7) has led to the Crimson Tide getting the ball back to set up drives.

The Hogs got a 26-yard field goal from Matthew Phillips (replacing A.J. Reed who wasn’t getting much consistency) with 7:18 left in the first quarter after getting a first-and-goal before bogging down.

There is still a half to go, so spring practice may start for the Hogs with the second-half kickoff.

Making this game competitive, though, probably isn’t going to happen.