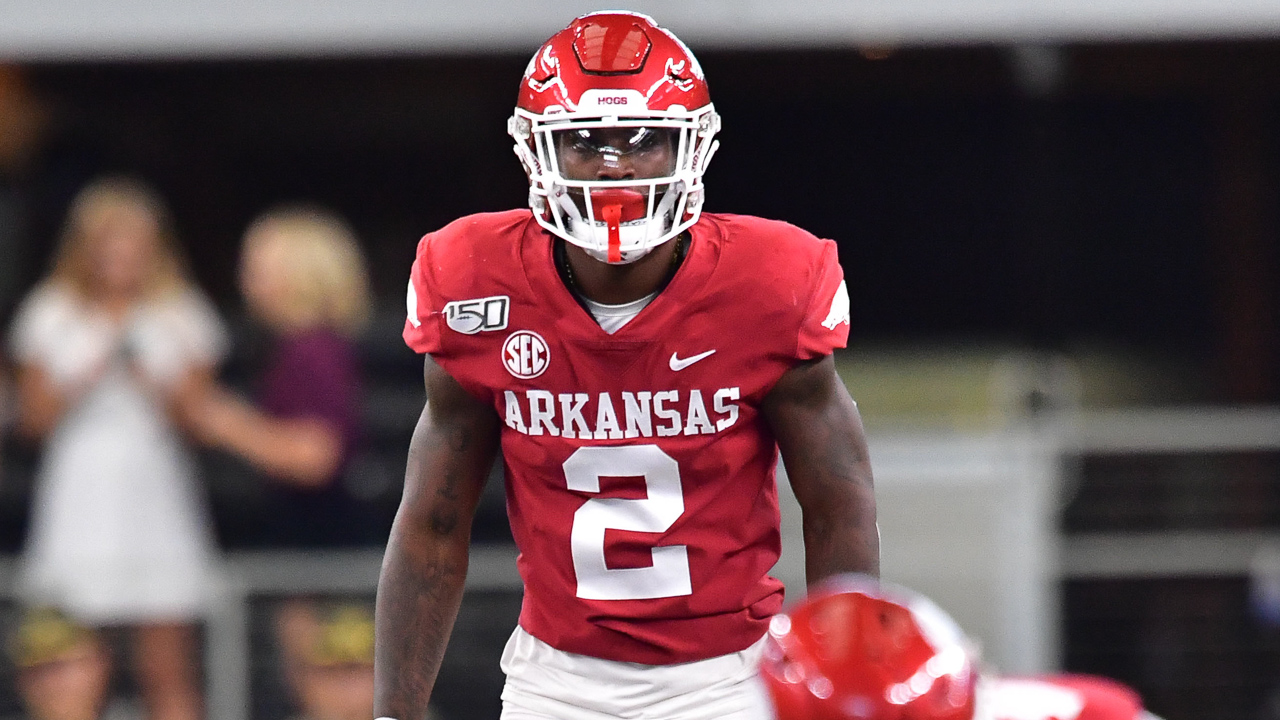 Arkansas fans knew going into the three days of the NFL Draft late this week it was going to be mostly for enjoyment because there weren’t going to be a whole lot of their heroes getting picked.

McTelvin Agim went in the third round to Denver late Friday night, then Kamren Curl was chosen in the seventh round by Washington on Saturday afternoon.

C.J. O’Grady is going to have to hope somebody will give him a shot after watching his enormous potential squandered on some immature mistakes. According to multiple NFL people I’ve spoken to his mistakes were red flags none were willing to gamble on.

Maybe the biggest thing about all of it is the lack of recruiting plus development the Hogs have endured over the last four years coming back to haunt them. Few players are drafted based on what they did in high school which is why I keep mentioning development.

While Agim will get a legit shot at making the final 53-man roster, Curl is going to have to prove his worth on special teams, which he is completely possible.

Once more there’s positional versatility, as Curl began his college career as a corner. He said it helped him with coverage while playing strong safety. Curl said he’s one of the “most versatile corners in the draft.” The Redskins don’t have a great safety group, but they do have numbers with starters Landon Collins and Sean Davis and backups Troy Apke and Deshazor Everett. The latter two made it the same way Curl will have to — as special teamers. Curl isn’t a burner (4.6 in the 40) so he’ll have to be disciplined in other areas.

For all the years I was covering NFL teams, there’s always been a break point where being a free agent is far better than being drafted late. Those deals are all negotiable.

Draft selections’ salaries and signing bonuses are pre-determined within a few dollars by the players’ association and the league in collective bargaining.

He is the 16th Razorback taken by the Redskins and the 273rd Arkansas football player drafted. At least one Razorback has been picked in each of the last 25 years of the NFL Draft, which ranks fourth in the SEC.

Curl is the first Arkansas DB taken in the NFL Draft since Tevin Mitchel (Washington Redskins) in 2015.

Curl also becomes the first Razorback underclassman to be picked in the draft since Hunter Henry and Alex Collins in 2016, which is when most of the players rounded up when current coach Sam Pittman was an assistant under Bret Bielema (2013-15).

Curl started 33 of the 34 games he played in while donning the cardinal & white recording 175 total tackles over his three years as a Razorback, with two sacks, three forced fumbles, two fumble recoveries and two interceptions.

Curl began the 2019 season as a Preseason All-SEC Third Team member by the league’s coaches, one of three Hogs to earn the distinction.

He finished fourth on the team with 76 tackles, 46 solo, which ranked second on the squad. He had four tackles for loss, including two sacks, with two pass breakups, two interceptions, two fumble recoveries and two forced fumbles.

Curl became the first player in the NCAA in 2019 to record a sack, an interception and score a touchdown on a fumble recovery, doing so over the first two games of the year.

He made the move to strong safety in 2018 after spending most of his time as a freshman at cornerback. He tallied 53 total tackles, with 27 solo stops, breaking up five passes. Curl also forced a fumble in the second game of the year against North Texas, while recording at least three tackles in every game he played.

As a freshman, Curl quickly jumped into the starting role after an injury to a teammate, resulting in the second-most snaps among all SEC true freshman cornerbacks at 690.