With all the giddy expectations Arkansas fans have for Kendal Briles’ up-tempo offense nobody will really get to see it if they don’t figure out how to make a first down.

More important than speed is just putting points on the board, though.

“If you’re gonna go fast you better pick up third downs and you better get first downs,” he said.

We’re going to find out in a hurry if the Razorbacks’ defense has developed any depth in the off-season. The previous offense promised to go fast but never could seem to get out of first gear.

Defense is fine and well, but before Sam Pittman’s team can win a championship they have to learn how to win a game in the SEC and nobody really cares if that’s by simply out-scoring the other team or not.

A tempo offense is really a rhythm offense. When one play starts coming right after another one, the offense doesn’t allow the defense to substitute, players start getting caught out of position and everything moves downfield.

That’s why coaches tend to hustle up to the line and run the ball. That prevents the chances of an incomplete pass that would stop the clock and let the defense put in backups and get them aligned.

“The defense is awfully reliant on the offense staying on the field and completing drives,” Luginbill said. “Kendal Briles is going to want to take some shots. Is he going to want to have a two-play drive every now and then? Yeah, but he’s going to have to understand it’s not just about the offense.”

If the Hogs haven’t improved the defensive depth, points are going to be more imporrant. It was similar to the old Baylor philosophy before they could develop a defense where they just put up a lot of points and hoped they could hang on.

Hog fans saw that at times with Bobby Petrino’s teams, even in the big years of 2010-11. Remember, both of those years saw them score more than 40 points — and lose by double digits — in a couple of games.

But they won 21 games over that two-year period. A lot of folks tend to forget they still finished third in the SEC West in the final polls both years.

It’s where I disagree a little with Luginbill’s theory, which is sound if you’re trying to win a championship which would require a defense but that’s a huge unknown right now.

“They’re going to have to be very protective of not only a lack of talent but depth,” he said. “It’s a long season with quality opponents. The offense is going to have to help out in that regard.”

Until this team can string together a win or two, one argument is Briles probably should just put up points and hope Barry Odom can figure out a way to get a stop or two along the way. Even if he has to ask for volunteers.

The Hogs haven’t been able to put up points consistently enough the last couple of years for it to even matter whether the defense stopped anybody or not.

With the rules and everything else favoring the offense, you better score points first.

And a lot of them.

That’s going to take some rhythm, which is essentially what a tempo offense like Briles wants to run requires and Luginbill is right about that.

“Any offensive coordiantor in the country that’s running any form of up-tempo and fast-paced stuff is going to tell you it’s all great until you can’t get that first or second first down,” Luginbill said. “Then all of a sudden you’re off-rhythm and off-schedule and you’re not fast.”

In the Hogs’ case if that happens too often the ox could be in the ditch anyway unless the defense improves dramatically.

Which, really, is the biggest question for this team. 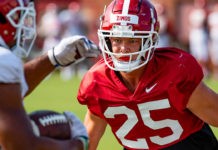 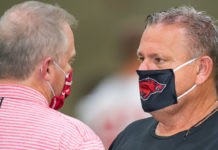 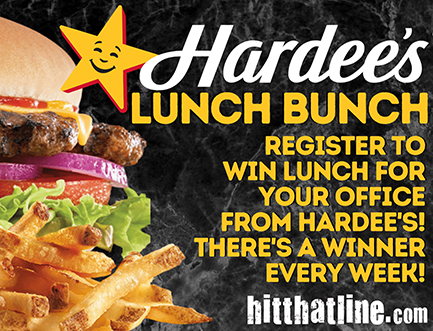 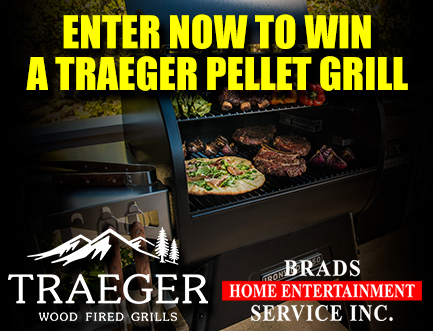