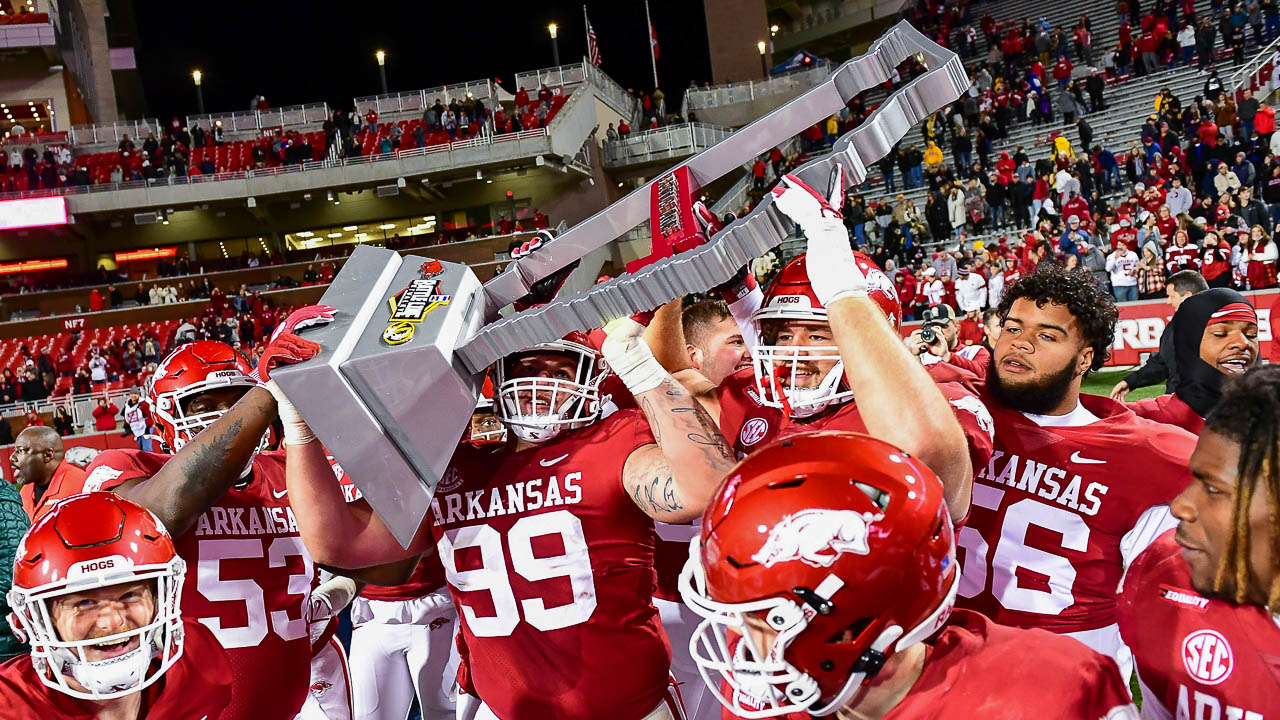 It’s no secret, the “boot” is on the other foot, and we had a “tiger” by the tail. “Classic” (but altered) clichés.

See what I tried to do there?

In the final regular season game for 2021, Arkansas did something they had never accomplished, and what better place to do it than in Razorbacks Stadium in Fayetteville?

The Golden Boot trophy (designed by former Razorback David Bazzel) was first awarded to the yearly winner of the Arkansas – LSU game in 1996.

Likewise, the Southwest Classic trophy began its traveling career in 2009.

A throwback to the days of the Southwestern Conference, the winner of the Arkansas-Texas A&M displays it on their respective campus as year-long bragging rights.

The third trophy for which Arkansas competes yearly is the Battle Line trophy.

With Missouri’s entrance into the SEC in 2015, the traveling award is given to the winner of the game held each Friday after Thanksgiving.

Do you want the bad news or the good news first?

Let’s start with the bad news.

Arkansas has never held all three trophies at once. Twice it has held two. In 2010, Arkansas defeated both LSU and Texas A&M to tout two rivalry victories. In 2015, the Hogs donned the Boot and the Battle Line tokens.

But never all three. Never.

Until now. Enter the good news.

With Arkansas winning by a dominate 34-17 score over Missouri on Friday, the Razorbacks closed 2021 with wins over Texas A&M, LSU, and Missouri; all three of their trophy opponents.

Thus all three awards are coming home to Fayetteville for the first time in history.

The players, coaches, and staff have much for which to be proud. The fans? Well, we could not be happier.