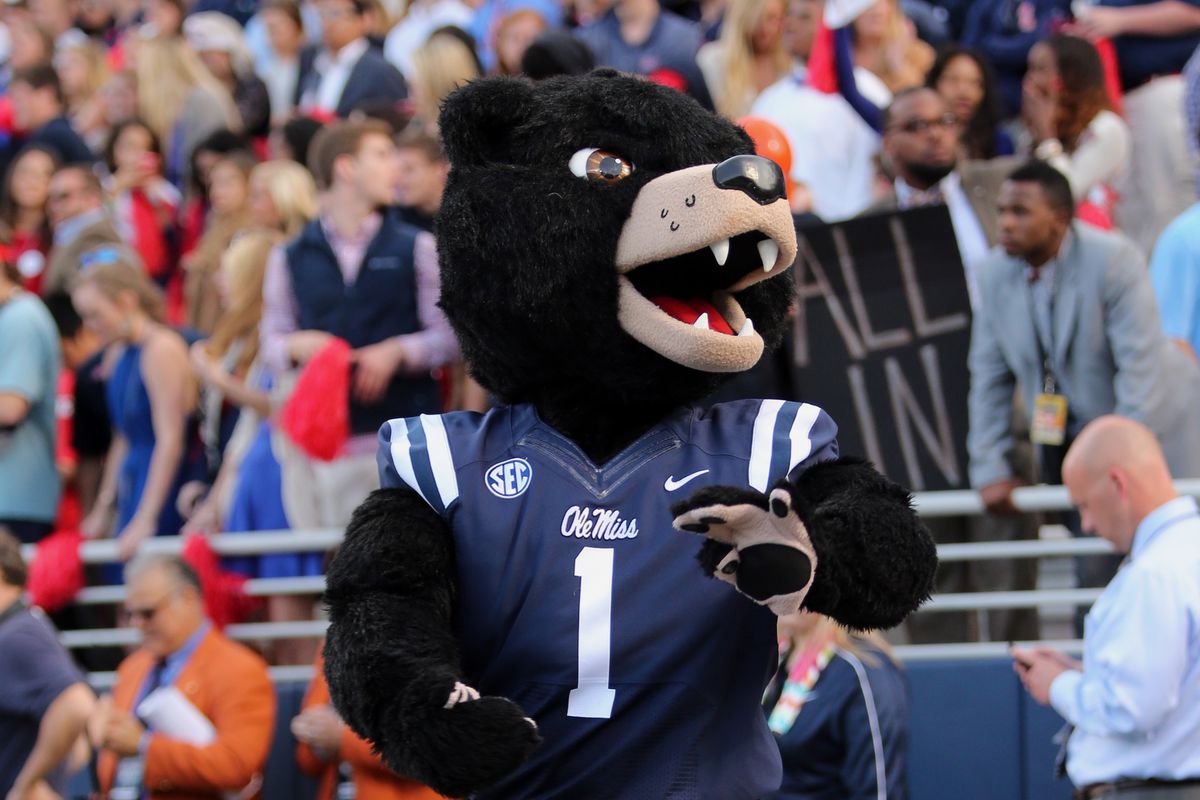 With Saturday’s game in Oxford drawing near, HitThatLine.com sat down and visit with Ole Miss fan Nicholas Carr. Many of you may already be familiar with his name and his Spotify podcast, ‘RedCupRebellion’.

While we may not always agree about who has the best football program, greater game day atmosphere, or the lowest ranking state in education, we were able to spend a little time discussing past games, performing our best renditions of the word “speshul,” and putting our differences aside to agree Arkansas’s greatest recent loss was Jen Bielema.

Since no one would truly be interested in any of that nonsense, we decided to share with you a few inquiries we posed upon Nicholas along with his responses. Enjoy.

HTL: Ole Miss looked surprisingly rough in their opening outing versus Memphis in Liberty Bowl Memorial Stadium this past Saturday. What mistakes or issues did you as a fan and a critical observer notice which made a significant difference in the outcome? Can these be corrected before hosting the Hogs on Saturday?

NC: The Rebels problems started up front on offense. The offensive line struggled run blocking but was abysmal on the pass block. Probation has decimated them up front, and I am not sure it can be fixed in a week. There is some consideration Rich Rodriguez needs to do something different — perhaps roll out the QB or get some quick slant routes to help Corral get the ball out quickly – but when the line cannot block even for 2 seconds any play you call will be tough to execute.

HTL: Is Arkansas the right team to play in Week 2 with both programs trying to rebuild? Obviously Ole Miss views this game as winnable, but does the Rebel faithful feel it is a guaranteed win, or perhaps is there a fear you could start off the season 0-2?

NC: I think so. Sure, the season and perhaps the Matt Luke era in Oxford both hang in the balance, but when you are not extremely deep, maybe it is best to play your biggest games early. As the season progresses, Ole Miss will be worn down off of games against LSU, Alabama, and Auburn, so we might as well get this over with now. The fanbase is already on edge, so a win against Arkansas early in the season would go a long way to calm some nerves.

HTL: It’s hard to believe Matt Luke is entering his third-year as head coach for Ole Miss. Tell me, what are your thoughts on the job he has done as well as the staff (including Mike MacIntyre, Rich Rodriguez, and Tyrone Nix) he has put together, please?

NC: Allowing two former Power 5 head coaches to join his staff showed a lot of restraint. He understood his shortcomings and identified the issue and worked to resolve it. At times last year the defense was so out of position opposing offenses could not tell how we were lined up. Getting a guy like Mike MacIntyre in has changed that completely. Guys are in the right spot, but they are also executing their jobs correctly. Complete 180 from last year.

HTL: Why will Ole Miss win this Saturday?

NC: Rich Rod figured out how to get Corral out of the pocket and get the ball to his playmakers. The defense brings the same attitude they brought last week in Memphis and, with the help of an offense being on the field more, it will not tire out late in the game. An interception late in the game seals it.

HTL: Why will Arkansas win in Oxford?

NC: The line continues playing the role of a matador and Matt Corral is running for his life. When an offensive line plays back, the entire team feels it. The skill guys are frustrated they cannot get the ball, the QB is tired of getting hit, the defense is tired of being on the field, and the head coach is mad at everyone. If Arkansas wins it will be because Ole Miss remains anemic offensively.

NC: 27-17 Arkansas. You can scheme around a lack of playmakers on offense. You can even fix not getting pressure or giving up too many big plays on defense. It’s hard to fix the offensive line issues, especially in one week. The line continues struggling and home field is not enough.

NC: That’s Lenoir-Rhyne’s black bear now. No, really, they bought the mascot from us and use it. Rebel meant well and was pretty funny once you got to know him. I’d be okay if we bought him back and let him put the paper bag back on his head.

HTL: Good luck this weekend, Mr. Carr, and thanks again for your time. Long live the Landshark?

We again thanked Nicholas for his time and informed him how we respected his loyalty to their program. Hopefully we can talk again soon.

You can find Nicholas on his ‘Twitter’ feed @NicholasCarr, and please take the time to relish his podcast.

This week the ‘RedCupRebellion’ sat down with Arkansas’s own Tucker Partridge, and we will personally ensure an increase in dosage of Norvasc before listening will not be necessary … this time.

Oh, and, uh, eat your heart out, Edward Morrow.