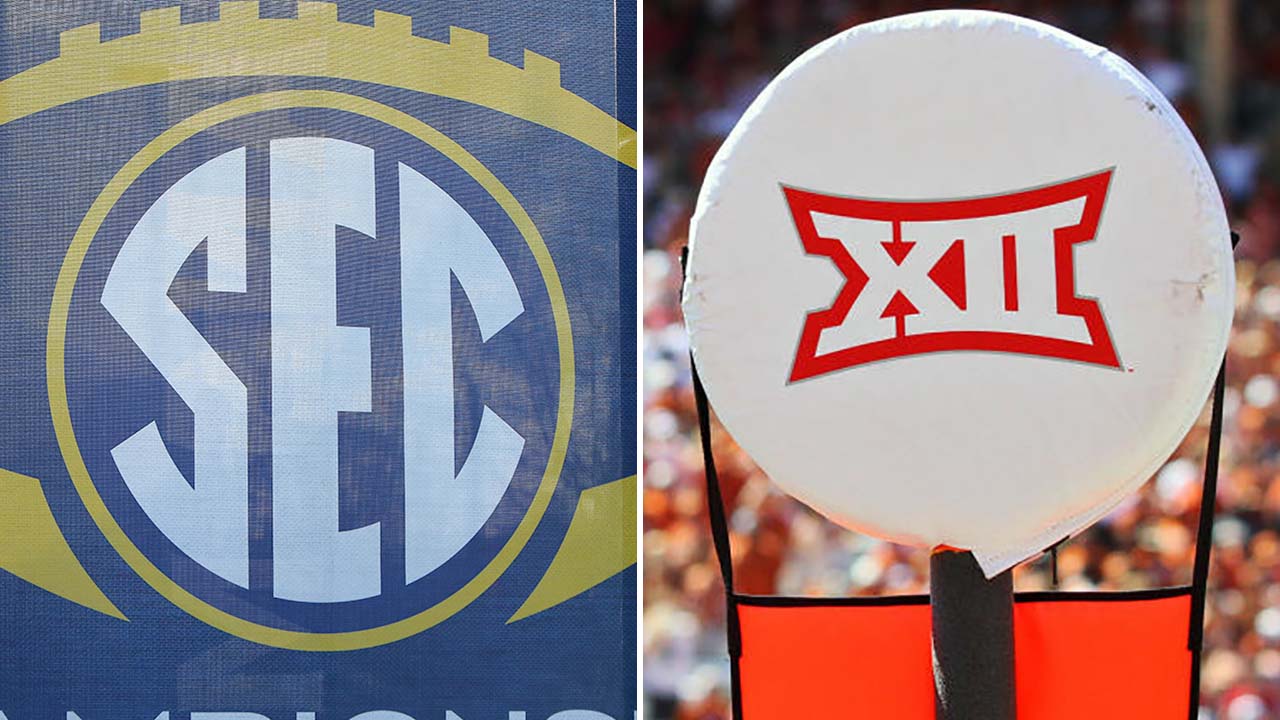 A lot of Arkansas fans can’t seem to see the forest of all this talk of SEC expansion because they can’t get past the first tree, but it appears Texas A&M is accepting it, so get ready for a reality check.

Saturday afternoon the Aggies released statements to national media outlets that didn’t exactly sound like they were going to put up as big of a fight as everyone predicted:

A&M president Katherine Banks released a statement on the possibility of the SEC expanding:

“The last few days have been challenging in many ways, and I recognize that change in college athletics is often unsettling for those who love their institutions,” Banks said. “Rest assured, the chancellor, our athletic director, and I, and everyone involved in this matter are focused solely on what is best for Texas A&M University. Since 2011, we have been a proud member of the best intercollegiate athletic sports conference in history and we look forward to continued success in our SEC partnership for many years to come.”

“The culture of any conference, but especially for A&M, that’s the priority in this whole conversation,” Bjork said. “I’ve been in the league 10 years. When I first sat down and met Mike Slive, it was about culture and collaboration, excellence on and off the field. That’s what makes us the best conference. We’ve got to protect that.

“Look at A&M, We’re stronger than ever. … Look at the landscape of college athletics. Who wouldn’t want to join the SEC? Here in Texas, we’ve been able to pave the way. … Whoever joins, whenever they join, we’re ready. We embrace it at the highest level. That’s how we look at this.

“There is emotion, we get it. We’re in a great state; we’re in the best conference.”

“Regardless of who joins the SEC, whether it’s now [or] in the future, ‘the 12th Man’ is ready,” Bjork told ESPN on Saturday. “Our teams are ready. Our coaches are ready. Our athletic department is ready to compete at the highest level. That’s what the SEC is, that’s what we are as a university, and we’re ready for whatever comes next.”

That’s nothing compared to the posturing the Aggies were doing when the initial story broke at SEC Media Days on Wednesday.

Some Razorback fans don’t want the Longhorns getting in the league. The primary point is some goofball hatred for a football team they never managed to beat even three out of every 10 times they played in 75 games for most of the last century.

It’s bigger than just football. It would be much more interesting to hear what Eric Musselman, Mike Neighbors, Dave Van Horn and Courtney Deifel think about this whole expansion deal. Texas and OU do pretty well in their sports, too.

The thought here is those coaches will compete just fine, thank you, and football will do whatever it does. Playing in Austin and Norman every other year will only help the Hogs in recruiting, despite what you think.

It’s a short-sighted argument about hurting recruiting. And wrong.

Texas produces 300 players a year and the Hogs will still get about the same number they’ve been getting. Sam Pittman is recruiting nationally (they aren’t shy about making offers to anybody, anywhere). The Lone Star state isn’t the only place they look.

Besides, folks, this has nothing to do with competitive balance and the SEC hopes Texas and Oklahoma will win like they always have.

But it is happening.

The Big 12 has made a last-ditch effort to the Longhorns and Sooners by taking money from each member to sweeten the payout just to those two, according to a story at CBS Sports.

Texas and Oklahoma are expected to inform the Big 12 of their intention to leave the conference Monday. That does not mean they have a place to go because no one has said the SEC is going to be extending an offer over the weekend.

But you wonder if each member of the Big 12 is really going to be that interested in giving up millions to bump just UT and OU up to around $56 million a year while they take a pay cut … just to keep them in a conference that is teetering on the edge of collapse if just a couple of other folks walk away.

Each school would owe the Big 12 around $80 million to leave by the 2022 season, but some folks have said neither school is really too concerned about paying that. Both schools have double-digit boosters that could write the check and not worry about it.

But if they say their intention is to leave when the current TV deal expires in 2025, every other member is going to be on the phone and it’s doubtful very many will be left by 2023, much less a couple of years later.

Remember, Texas A&M and Missouri came to the SEC a year earlier than originally planned because of the disruption they caused bailing out.