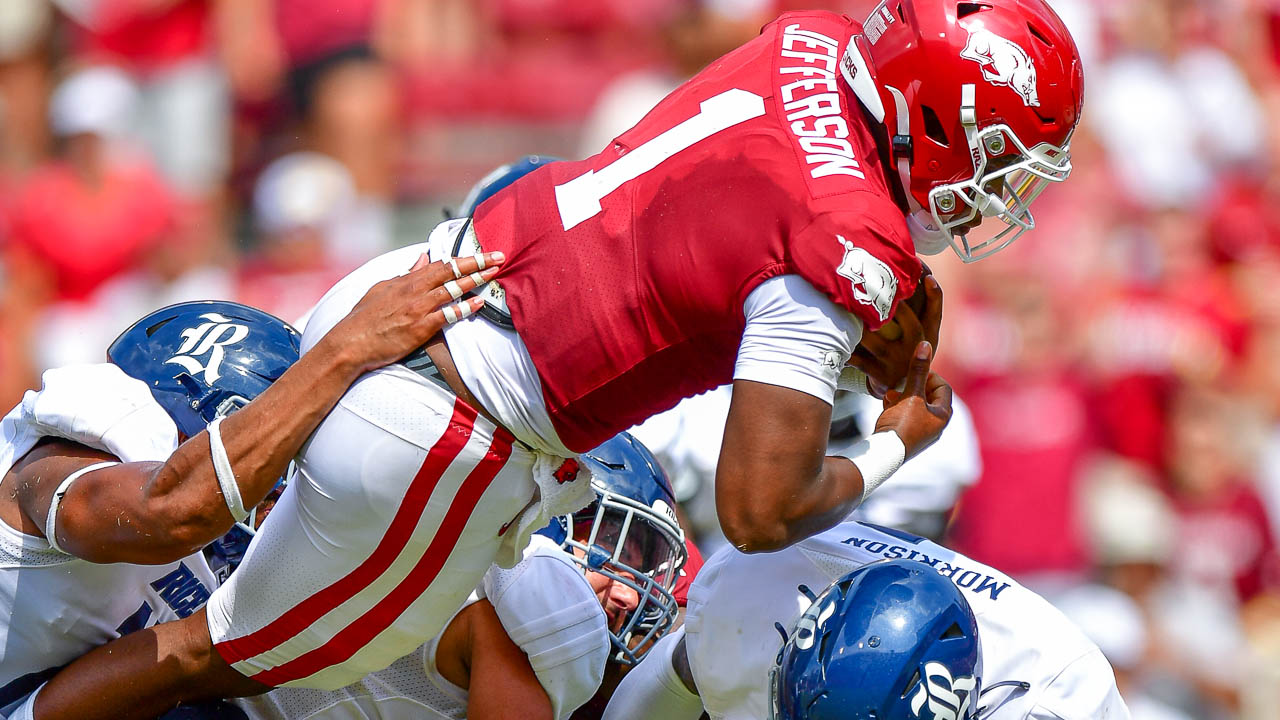 In the first half Saturday there were people wondering why Sam Pittman wasn’t changing the quarterback.

That’s a common refrain, by the way.

At times, KJ Jefferson was relying on his legs instead of his arm. People were getting frustrated as they struggled to make first downs through the air. Yes, there were times he couldn’t hit water falling out of a boat in Beaver Lake.

“Early in the game, they weren’t helping him,” Sam Pittman said later. “We were dropping some passes. We had a lot of missed blocking assignments out on the edge, from inside-out.

“Especially on those little quick tosses that we had. We really worked on them. I don’t understand how we made that mistake, but we did.”

Wide receiver Treylon Burks missed a lot of practice time the last couple of weeks and had some uncharacteristic drops early. Jefferson also started making plays with his legs.

Burks got back in the groove in the second half and Jefferson even had a 68-yard scoring run on an option play that didn’t count due to a holding call on Ketron Jackson.

“It’s unfortunate we got a holding call on the option that he ran because that was a heck of a run,” Pittman said.

After the game, Jefferson knew the nevers were playing a big part holding him back early.

“The main thing was just me settling down and playing ball,” he said of smoothing things out later. “Just cool, calm and collected, maintaining my composure, making sure I pump confidence into the guys up front, letting them know it’s my fault. It’s not always their fault. That was just the main thing.”

Jefferson wasn’t the only one battling some nerves early.

They have to do it quickly.

Texas comes to town next week. The Longhorns had a slow start, too, but they were playing a ranked team with a lot of experience that is considerably better than Rice.

Steve Sarkisian’s debut resulted in a 38-18 win over Louisiana, the 23rd-ranked team in the country.

But before things reach the fever pitch they will next week, the players are going to take some time to enjoy a 21-point win on opening day.