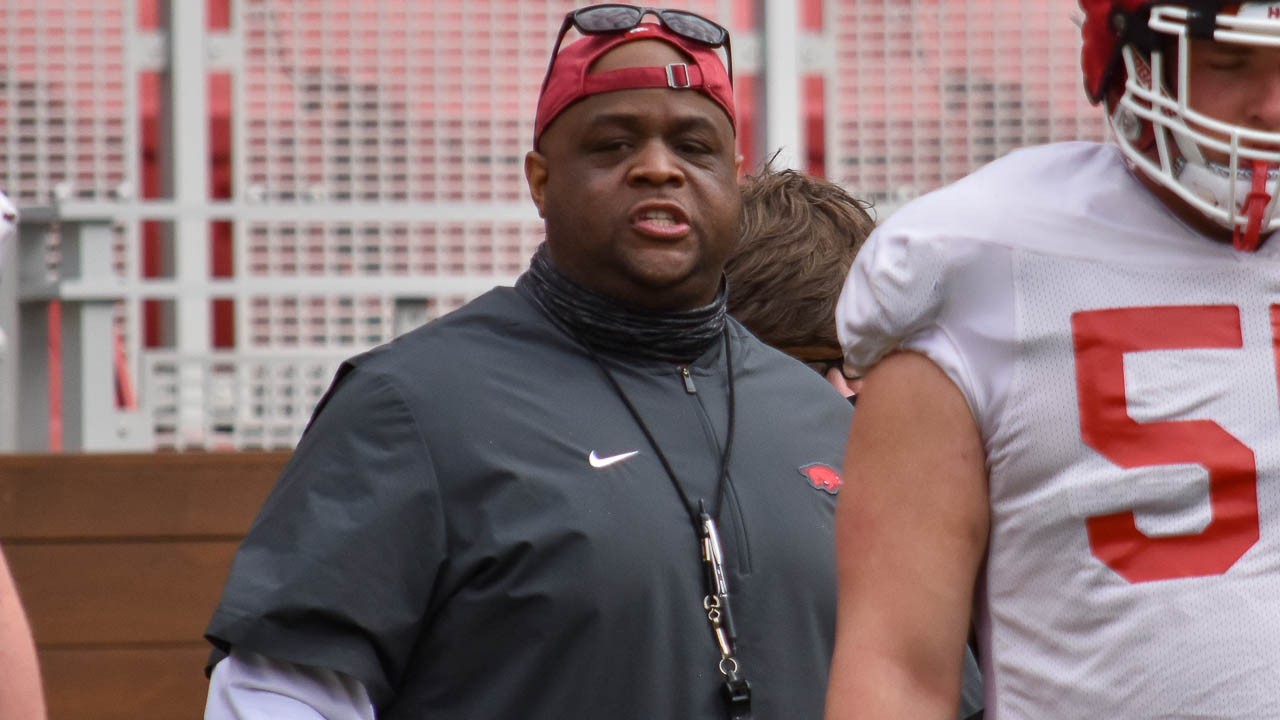 According to various media reports, Arkansas offensive line coach Brad Davis is going to LSU and Sam Pittman finds himself in an awkward position.

It may have been something Pittman had in the back of his mind for awhile, though.

Trey Biddy at HawgSports.com reported Thursday afternoon that sources were telling him tight ends coach Cody Kennedy was going to take over the offensive line.

Davis was the first assistant Sam Pittman brought to Fayetteville when he was hired by the Razorbacks following the 2019 season and the offensive line was considered to be one of the team’s strong points with an experienced group returning.

In the world of the revolving door of assistant coaches it’s not surprising that a change would happen, but the timing of both Cregg’s firing and Davis leaving the Hogs at this particular time is unusual.

Pittman may have had an idea something like this was possible when he hired Kennedy as the tight ends coach. Kennedy had been a graduate assistant for Pittman at Georgia and coached the line at Tulane.

It’s a good bet, though, Pittman didn’t expect it to happen at this time of the year with the first on-campus recruiting visits in over a year starting this week.

Davis was being paid $650,000 a year and will have to pay the UA $97,500 to leave. LSU will probably pick up that tab. It’s the way things are done in big-time college sports these days.