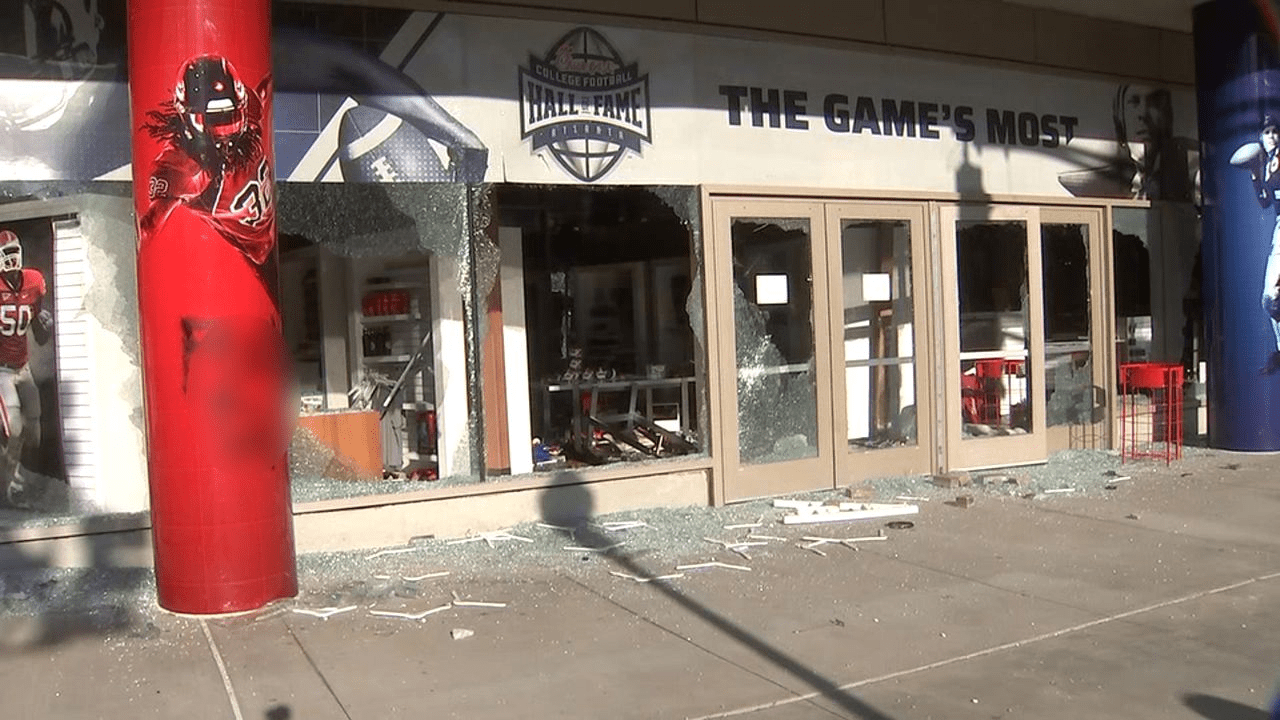 It has been widely assumed by many in the media that SEC Media Days, scheduled for July 13-16, was probably not going to go down as before but there hasn’t been any sort of announcement.

Now there may be a way out for everybody.

Friday, the College Football Hall of Fame was damaged and looted during demonstrations in Atlanta following the death of George Floyd in Minneapolis last week.

“There has been looting at the College Football Hall of Fame,” Atlanta police Sgt. John Chafee said in a statement Saturday morning.

Apparently it was limited and, no, they didn’t grab any of the serious stuff.

In a statement, College Football Hall of Fame CEO Kimberly Beaudin said she was “heartbroken” to see the damage.

Beaudin told ESPN’s Mark Schlabach on Saturday morning that demonstrators weren’t able to enter the museum attraction and that no artifacts or displays were damaged. She said the damage was limited to the retail gift shop.

“We’re just trying to get everything boarded up and secure,” she said. “We’ve had estimators and insurance out, but we don’t know the monetary damage yet.”

The Hall of Fame was working on a reopening plan after being closed for several weeks because of the Covid-19 pandemic. Beaudin told ESPN the looting and damage would potentially delay those plans.

Which could provide everybody an easy out for SEC Media Days but it is the first major event coming up to be held at the Hall of Fame facility.

This unplanned turn of events could eliminate any discussions on financial settlements … on both sides.