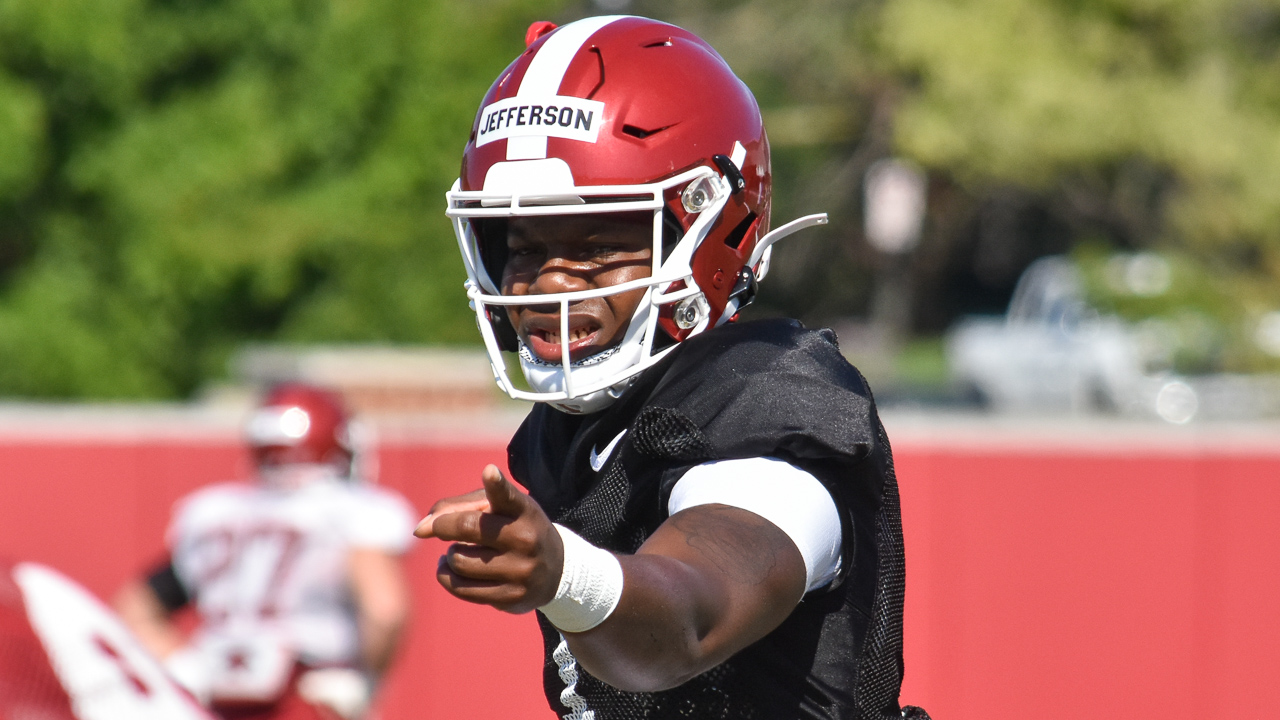 Chad Morris has four games left in his second season at Arkansas that will undoubtedly set the tone for next season … if not whether he’s back for a third year.

If you took a poll, the voting would be split on whether fans even want to consider that third year, although the undecided vote would be pretty big right now.

A lot of it is going to rest with what happens behind center Saturday against Mississippi State. With Arkansas football, the blame and credit starts with the coach, then goes to the quarterback before making it to the athletics director. Don’t ask me why, but it’s been that way for at least half a century.

For a coach who had a reputation as an offensive mastermind, Morris has come off a lot as not having a clue about offense, especially developing a quarterback. Or at least deciding on one.

At this point, a lot of folks would probably be okay with putting true freshman K.J. Jefferson out there and riding with him. Or even redshirt freshman John Stephen Jones, who did produce the best-looking offense seen over the last couple of seasons against Alabama last week.

Morris has often appeared befuddled with the whole concept of offense and instead of being able to explain what he’s doing, decides on running circles around the whole issue with a lot of coach-speak and doubletalk.

It’s one thing if you’re winning. It makes you sound like a doofus when you’re not.

Razorback coaches who have handled the public relations game have been able to sell (and explain) their program and plan to fans. If Morris is even trying to do that he might want to reconsider the approach because it ain’t working.

Now he’s got four games left in his second season. The Bulldogs are in about the same shape as the Hogs, then comes Western Kentucky (with a quarterback that started for Morris, followed by LSU, then Missouri.

Only LSU is one you look at right now and say “no way.”

In Morris’ defense, he’s trying what is apparently the only way he thinks will work to somehow miracle his way into a bowl game, but that means either Ben Hicks or Nick Starkel are going to somehow figure out how to move the ball down the field.

If that’s the decision going forward, good luck with that. There is absolutely no evidence to suggest that’s remotely possible.

At this point, the only thing he has to generate any positive ethusiasm for next season is to try something different at quarterback.

Not being able to decide who’s going to play the position usually has disastrous results that tend to get more obvious the higher the level of play. It could be argued there’s only one level higher in football than the SEC and that’s the NFL.

Oh, you can pop a specialty quarterback in there for a play or two until the defense figures out what he’s going to do. You better have a future Heisman winner to do things like that with any degree of success.

Jones and Jefferson are who fans want to see. The way Morris is handling things, he would have sat Matt Jones for four years. Shoot, Frank Broyles would have.

Sometimes, guys are better in games than practice. Matt was like that.

Of course, the only way to figure that out is to put ’em the game and see what happens.

They might be able to get the ball into the hands of some of the playmakers, which has been the most baffling part of this offense’s problems.

Everyone might find it amazing how much better they can make the quarterback look if they’d give ’em a shot.