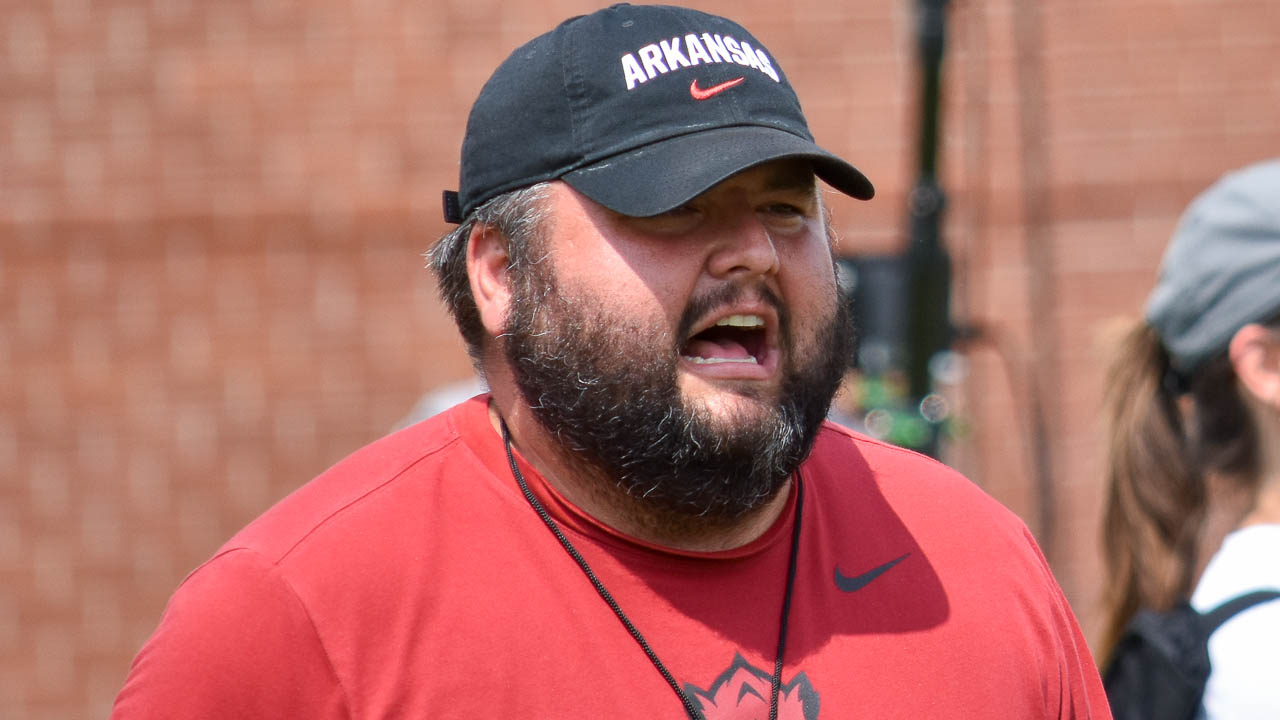 Cody Kennedy was a late hire for Arkansas coach Sam Pittman as a tight ends coach, then got moved to the offensive line in the summer.

Monday he was named one of the nominees for the Broyles Award, given to the nation’s top assistant coach.

Kennedy is one of 59 nominees for the award, which is named after the legendary Arkansas football head coach and athletic director Frank Broyles.

The Razorbacks’ offensive line has gotten better under Kennedy’s guidance this year. Arkansas has rushed for 2,345 yards this season, its most since gaining 2,565 yards on the ground in 2015, behind the unit’s blocking.

He had been hired just before spring practice in the assistant coach shuffle as the tight ends coach. When Brad Davis decided to go to LSU in June, Pittman moved Kennedy to the offensive line.

He had joined Southern Miss after spending the 2019 and 2020 seasons as Tulane’s offensive line coach, helping the Green Wave establish one of nation’s premier rushing offenses.

Jordan Silver One of 10 in Semis for Long-snapper Award

Jordan Silver is one of 10 semifinalists for the Patrick Mannelly Award, which recognizes the top senior long snapper in college football.

Silver has played in all 10 games this season as the Razorbacks’ primary snapper, handling snapping duties on field goals and punts.

Thanks in part to Silver’s pinpoint snapping, Cam Little has emerged as the top freshman kicker in the country by making 17-of-21 field goal attempts as well as all 34 of his point after attempts this year.

A redshirt senior from Branson, Mo., Silver boasts the third-highest special teams grade (75.2) on the Razorbacks, according to Pro Football Focus.