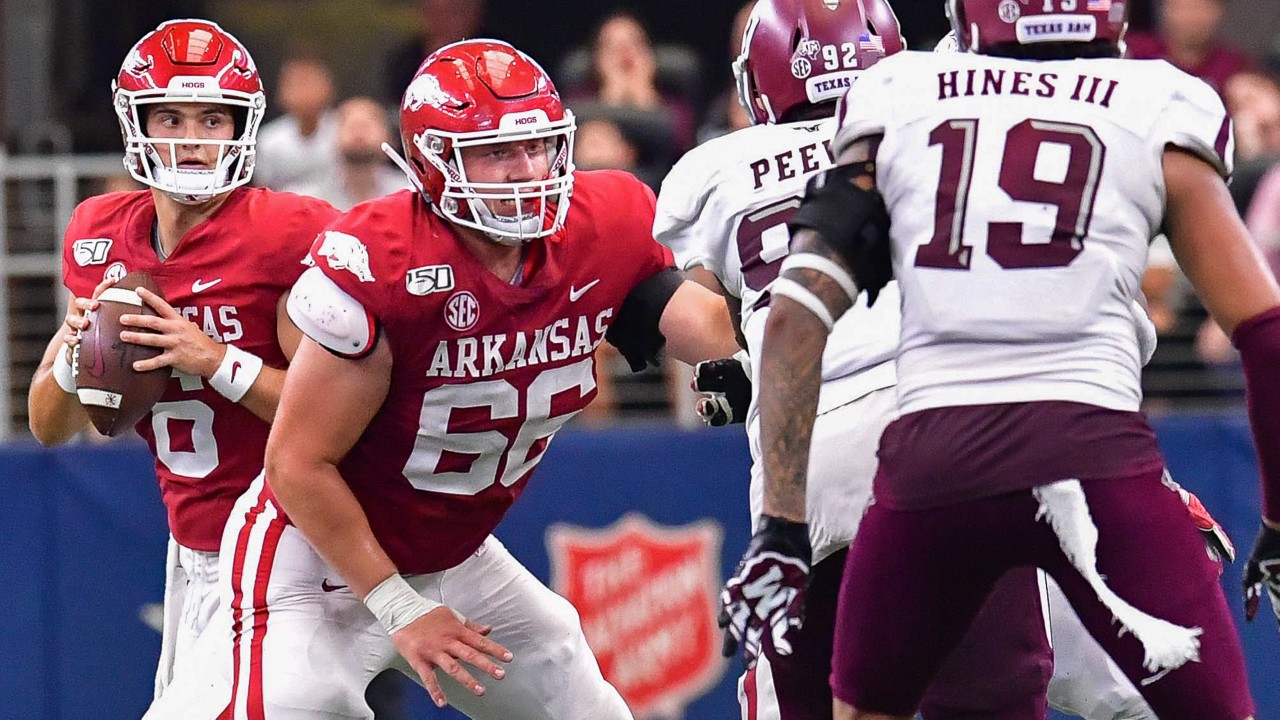 Arkansas’ offensive line will return intact for 2021 with Ty Clary’s announcement Sunday evening he’ll be back and Sam Pittman’s recruiting starting to pay off.

Make no mistake about it, Pittman is recruiting the seniors he wants to come back just as hard as he’s chasing high school players and it’s starting to show results.

Honored for the chance to play one more year for this State, my brothers, and my Coaches! Unfinished Business! @CoachSamPittman @coachbraddavis pic.twitter.com/HF9XUYNBZD

The message from players announcing they’re coming back for another senior year makes it clear the Razorbacks have bought into what Pittman is building.

Clary’s return means the offensive line will come back with all the players they had this past season, barring any injuries, of course. Myron Cunningham announced his return Saturday.

There will likely be more. The coaches already know who’s coming back and who’s not. The announcements are coming via Twitter and they are well-planned with graphics done by the graphics people in the athletic department.

It’s another indication of how Pittman has locked down the information flow out of the football program similar to what you see out of the better programs. There aren’t a lot of leaks that end up being made public until Pittman wants it out there.

All we know now is there won’t be any more announcements from offensive linemen because they are ALL coming back and this will be a very experienced unit.

The guess is that if they didn’t know, it’s been pointed out to them how many players Pittman puts into the NFL.

And they haven’t had a lot of quality coaching in the Hogs’ offensive line the last few years. The equivalent of an NFL graduate assistant and another guy who was simply in over his head sort of obscured the talent level.

Make no mistake about it, Brad Davis is the offensive line coach, but Pittman is around and after decades of developing into one of the top line coaches in college football, the boss keeps an eye on that position group.

Clary started as a blueshirt 2-star recruit out of Fayetteville High in 2017 that Bret Bielema took at the end of the cycle.

He ended up starting in 2017 at right guard and center, then all of 2018 (giving up just three sacks) and was the only offensive line starter in 2019 that didn’t give up a sack.

That’s more remarkable than you probably think. Over a two-year period where everybody but the cheerleaders hit the Hogs’ quarterbacks in games, Clary did not give up a single sack.

He missed time early in 2020 but ended up starting at right guard and graded the highest of anybody on the line.

Pittman wanted that back and now he’s got every contributor back on the position group that rewards experience and cohesiveness more than any other on the field.

There will likely be more announcements this week as the Hogs get ready for a Texas Bowl matchup with TCU on Thursday night in Houston.

Announcements from defensive lineman Jonathan Marshall, quarterback Feleipe Franks and wide receiver De’Vion Warren will probably be coming this week … one way or the other.

Pittman is proving to be as good at recruiting the players he inherited to stay on board for another year after the NCAA granted an extra year of eligibility to everybody, including seniors, due to the covid-19 pandemic.

For bigger results quicker, the older guys may be more important than the high school players.