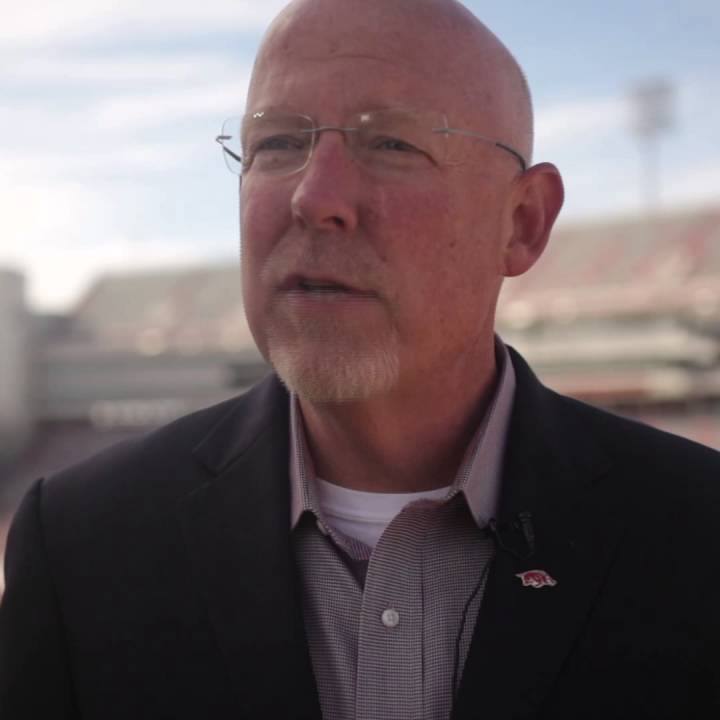 Barrett is the play-by-play announcer for Arkansas Football and Men’s Basketball and set the standard as a host for sports talk radio.

Barrett will co-host The Morning Rush every Monday, Wednesday and Friday with Tye Richardson and Tommy Craft.

Barrett will also make weekly appearances on Halftime with Phil Elson as well as Ruscin & Zach.

“I’m excited to join the team at ESPN Arkansas and excited to be back on the air on a daily basis,” Chuck Barrett said. “Tommy and I have discussed this for over a year,and with another exciting football season right around the corner, the timing couldn’t be better!

“My greatest joy in broadcasting is talking with sports fans in Arkansas. I can’t wait to get started.”

Barrett, a native of Clarksville, was the host of the state-wide talk show “Sports Rap” between 1995-2007.

He was selected as the play-by-play announcer for Arkansas football in 2007 and added men’s basketball to his assignments in 2010 along with baseball, his first assignment with the Razorbacks.

Barrett has also been selected three times as the Arkansas Sportscaster of the Year.

“Chuck Barrett has long been the gold standard for sports radio enthusiasts in our state. In many ways Chuck is the one who paved the way for the growth of sports radio in our state,” said Tommy Craft, market manager for Pearson Broadcasting. “We are thrilled to welcome Chuck back to our weekday lineup and even more excited for all the listeners who will enjoy his insights and opinions on a regular basis.”