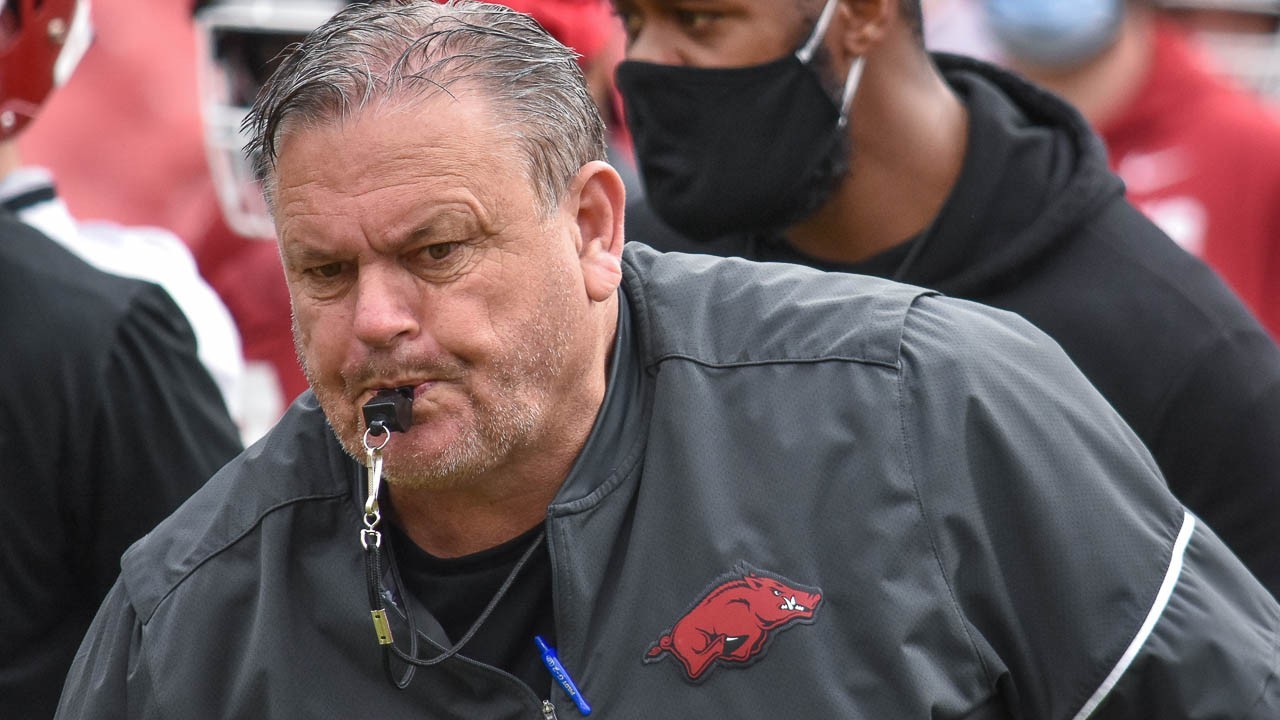 About the only reaction you can have when seeing Sam Pittman ranked No. 11 in a ranking of SEC coaches by CBS Sports and 247Sports earlier this week is, well, he’s not at the bottom.

After the last three head coaches dove into the basement of the SEC’s coaches, Pittman has managed to move up three spots. Don’t bring up the fact the only ones behind him haven’t coached a game in the league.

Here’s some of what what Barrett Sallee wrote about Pittman in the story:

Arkansas definitely took on the hard-nosed mindset of its new coach last season when it re-established itself as a physical force that might not beat you, but will beat you up.

While the 3-2 start to last season gives fans hope for the coming season, the four straight losses to finish the year is a cause for concern. It’s probably the reason the Razorbacks aren’t getting a lot of respect.

Getting those three wins at the end of the season would have been more positive, but that wasn’t going to happen with Alabama thrown in there at the end.

But this team should have finished 6-4 at the worst. They lost games they should have won against Auburn, LSU and Missouri. The problem from this seat was a lack of depth and special teams that were only special in a lack of consistency.

With all the problems of the covid panic last season, Pittman really didn’t have much of an opportunity to show what he can do.

He did get the team playing harder. They do have some star-quality players, but just not enough of them. To get to the next level they need about 30 more players at that level.

With the annual SEC Media Daze about 10 days away, there are far more questions about this year’s Hogs than answers. Last year has no effect on this season and they have a starting quarterback that had significant minutes in one game last year at the end.

I don’t want to hear about how Missouri drove down the field at the end to win it, it was still a loss and quarterbacks — like coaches — are judged on wins and losses. Don’t talk to me about the games the Hogs “almost won” last year because “almost” don’t matter.

Pittman doesn’t care about rankings and all the noise. Like most career line coaches he’s able to tune out most of the noise and hasn’t appeared yet to have developed rabbit ears about criticism from fans and media.

He also doesn’t need folks making excuses for failure, either.

You either win or lose and how you do it makes no difference.