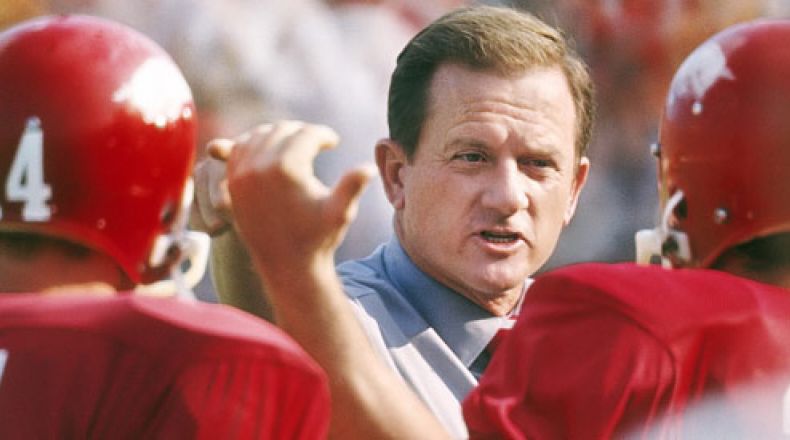 Despite what some younger Arkansas fans think, Frank Broyles didn’t invent the game of football in Fayetteville.

When he was hired in December 1957 to replace Jack Mitchell, who departed for Kansas (yes, the Jayhawks), a lot of fans had barely heard of Broyles if they had at all.

But athletic director John Barnhill, who had gone through the public relations motions of calling some big-time names, figured he had Broyles as his ace in the hole.

Just a few years previously in Dallas the Hogs were playing in the Cotton Bowl against Georgia Tech, where Broyles was what would be called offensive coordinator today. Rumors were already rampant that Bowden Wyatt was leaving Fayetteville for Tennessee, which he did after the game.

Broyles did his research after initially wondering what a mother thought of folks calling her son a Hogs. During the days leading up to the game, Broyles approached Barnhill and said he had heard Wyatt might be leaving and he would like to be considered.

Barnhill wasn’t hiring anybody that didn’t have head coaching experience, but he did start keeping tabs on Broyles.

He finally got his chance to be a head coach at Missouri in 1957 and when Mitchell left, Broyles got the call he had wanted for a few years.

“Barnie, what took you so long?” was what Broyles asked.

Barnhill found out that during his one season, Broyles had made a name for himself among some of the legends in the coaching business.

Against Bud Wilkinson’s Oklahoma team that year, the Tigers had fought the good fight for a half before fading in a 39-14 loss.

“Don’t worry,” Wilkinson told Missouri fans through the reporters after the game. “Frank Broyles is one of the best young minds in the game.”

Just a few weeks before the Oklahoma game, Bear Bryant had brought his Texas A&M team to Columbia. Those were the Aggies of John David Crow and likely would have been national champions if word hadn’t leaked out late in the season that Bryant was headed to Alabama.

Bryant knew Broyles well because of his relationship with Bobby Dodd, who was Frank’s mentor, coach and boss for years.

He wasn’t as polite.

“Frank, I don’t see a single damn athlete on your end,” Bryant said as he draped an arm around Broyles’ shoulders in the pregame warmup.

The Aggies then proceeded to beat Broyles’ Tigers 28-0 in a end-of-the-year losing skid that some felt set Broyles up to anxiously await Barnhill’s call.

The greatest coaches in the game knew Broyles and how good of a mind he had. Barnhill got that info and after some name-dropping for a few weeks, he quietly made the call to Broyles.

“Frank Broyles is one of the best young coaches in college football today,” Wilkinson said in 1965 when he was a color analyst for NBC, who did the weekly college football games then. He was in Fayetteville for the Hogs’ miracle 27-24 fourth-quarter comeback win.

Barnhill just smiled when he heard that comment. He already had Broyles locked down.

But not even Barnie could have guessed just how long Broyles would be locked down in Arkansas when he hired him that December day in 1957.

He stayed for nearly 60 years.