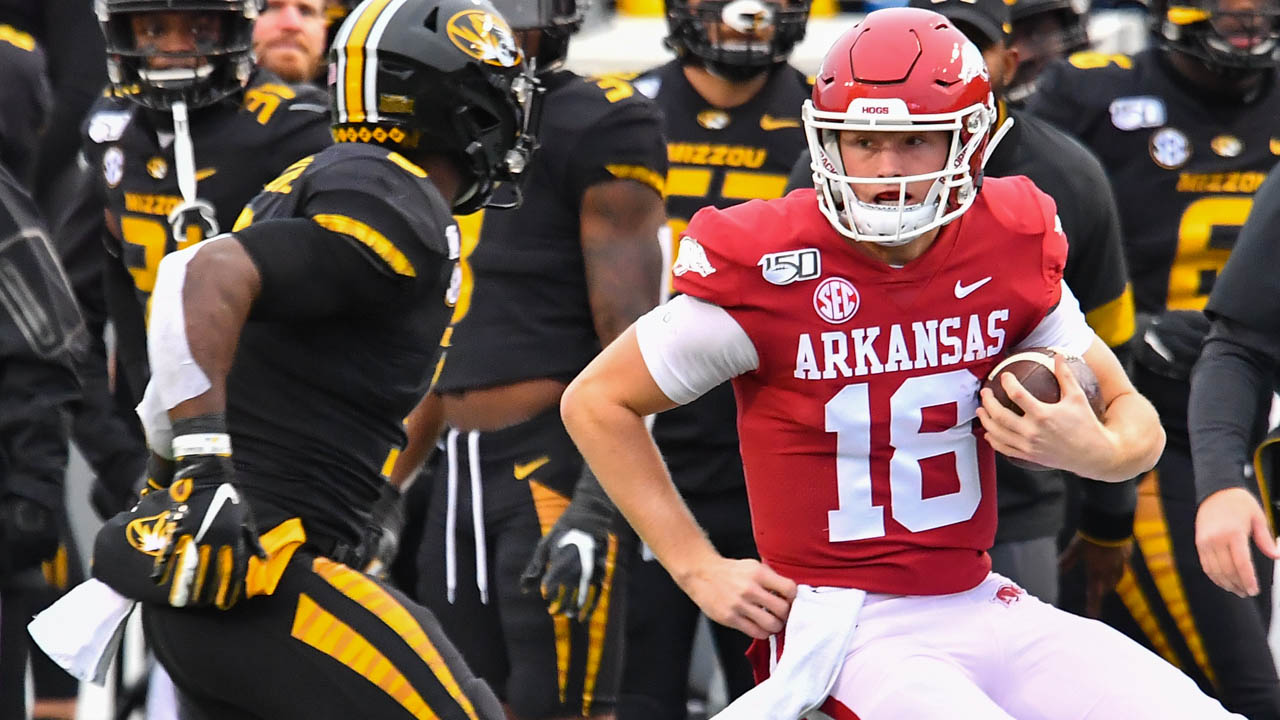 New offensive coordinator Kendal Briles has done a few interviews in his few weeks at Arkansas, but it’s clear he’s not looking for a quarterback to be an extra running back.

He hasn’t put it like this, but the interpretation of what he’s telling people in interviews he wants a quarterback that can escape and make something out of nothing.

He’s not looking for somebody to play running back.

A lot of people don’t really understand that. When freshman K.J. Jefferson finally got into a game against Mississippi State this past season, everyone was excited that he ran over a little ol’ safety who didn’t have an angle or momentum to do anything but get run over.

That’s not something a quarterback in the SEC West will be able to survive long doing.

“You do that too much in the SEC West, you’re going to beat him up,” Briles said in an interview that aired on Pig Trail Nation recently.

Jefferson found that out the hard way, getting knocked out in his first start against LSU the next week. Jack Lindsey also got dinged in the final game against Missouri.

A lot of quarterbacks don’t know HOW to run against big-time college players. A lot of them played in high school against opponents who weren’t as big or as athletic. Most never played after high school.

They could get away with running over the occasional opponent.

LSU’s Joe Burrow won a Heisman Trophy this past season not for his running ability but throwing the ball. Clemson’s Trevor Lawrence will start next season as the leading candidate for the Heisman and that’s not for his legs.

Oh, nearly every winning quarterback has a few plays on film that have him running the ball for a big gain. Nearly all the time they either dodge people or step out of bounds.

For the last four years, the Hogs have had quarterbacks that somehow thought proving their toughness involved trying to run over people. Every one of them ended up missing action due to injuries, mostly concussions.

Let’s face it, things were bad enough trying to dodge pass rushers considering how the offensive line played too often. They made it worse by trying to run over defenders.

“I like a guy that’s mobile enough that he can extend plays,” Briles said in the interview on Pig Trail Nation. “I don’t necessarily want to run a guy.”

In other words, being able to escape trouble, make something out of nothing and get out of bounds.

Preferably after getting past the first down marker.