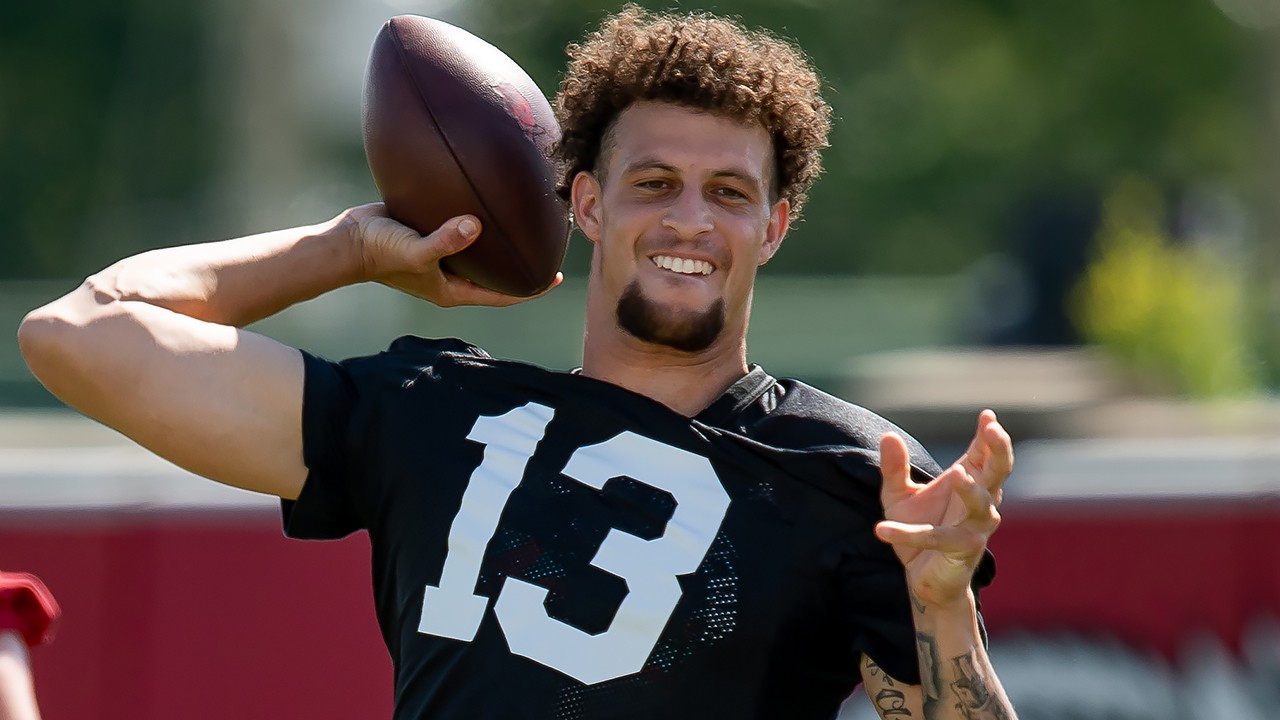 Considering this coaching staff hasn’t been able to have a single practice much beyond jumping up and down so it wasn’t surprising nobody named a starting quarterback Friday.

With eight different starters over the past two years at the most important position on the team, the record has reflected the chaos there and everybody knows barring injury graduate transfer Feleipe Franks will be the starter.

The room is crowded. Jack Lindsey has the most experience in terms of years but also the least amount of time actually getting even many practice reps under center.

K.J. Jefferson offers a lot of raw ability, but still has some development to do. Incoming freshman Malik Hornsby is supposed to be good, but nobody is expecting Trevor Lawrence. John Stephen Jones may be the smartest, but he’s also the smallest.

Franks has done it in the SEC, taking Florida to 10 wins a year after they won just four. And he can throw unlike anybody seen around Fayetteville maybe since Ryan Mallett.

Briles has finally gotten to at least see Franks throw up close during the walk-through practices.

“I wasn’t disappointed,” Briles said. “We haven’t been able to do it 11-on-11 but we’ve had some individual where we’ve been able to throw. I figured he would have a real live arm and it was.”

The first offensive play to start the season for the Hogs last year ended up being a preview of what was to come. Hicks was going to throw a wide receiver screen to Mike Woods and didn’t come close to getting it near him.

Inconsistent quarterback play did more to cover up a talented group of young wide receivers than anything. The previous staff reverted to their high school roots and ended up making a bad situation a complete mess with a rotating door.

“The thing I’ve been impressed with is how he’s been able to get the ball out of his hand and just really consistent with all his throws,” Briles said. “Not a lot of wobble in the ball.”

Briles was allowing himself some wiggle room. When none of them have really had a lot of playing time he’s got to manage egos, too.

But it didn’t sound like he was going to wait long to name THE guy.

“I don’t think there’s a set time when you do it,” Briles said. “It’s a feel — a feel with myself and coach Pittman — and frankly the entire staff. Everybody’s got to have a feel for the guy who’s going to be touching the ball every single play.”

As a sidenote, hearing any coach mention “feel” makes me shudder. Dallas Cowboys coach Tom Landry used to say that all the time when he was playing the quarterback shuffle, which he did more often than most remember.

It ended in total disaster every time. Every single quarterback in Landry’s 29 years had to deal with that (yes, including Roger Staubach, who once alternated every single play of a game in Chicago with Craig Morton).

“It’s going to take a couple of weeks to figure out exactly which guy we feel like can lead us to victories,” Briles said. “You’ve got to get in the fire, you’ve got to go in scrimmages.”

That’s really more of a message to the youngsters to keep pushing, but barring an injury Franks is going to be the starter in the first game … whenever that game is played.

And maybe there will be some sense of order to the Hogs’ offense.