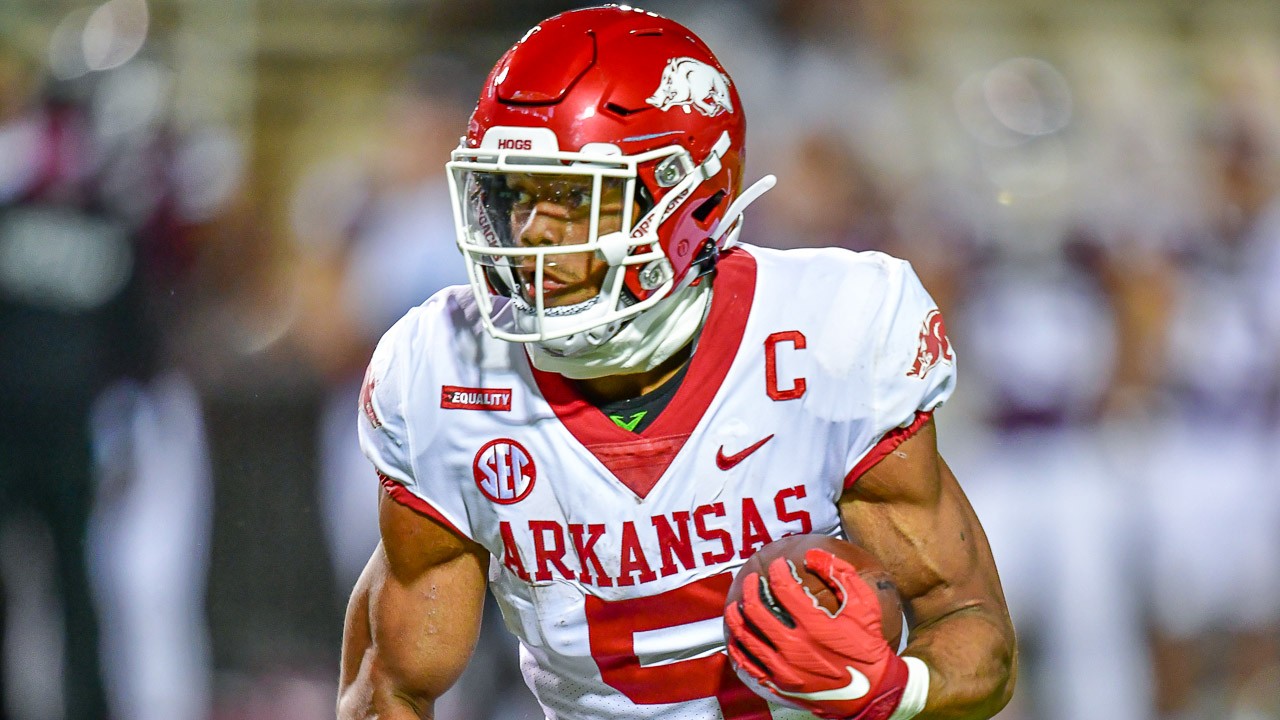 Rakeem Boyd has declared for the NFL Draft, which means he won’t be playing in the final two regular-season games or a bowl game at Arkansas.

Whether NFL teams think that’s a good idea nobody knows.

Boyd made the announcement with a tweet Tuesday afternoon:

What the reason is for it is a mystery nobody will know the answer to for awhile, but it is a change from his tone in the preseason when his teammates elected him a captain.

“I came back to go establish something, so opting out wasn’t even in the talk,” Boyd said before the season started. “I couldn’t even do that to my team.”

Instead, after a surprising slow start to his senior season, Boyd has decided to quit on his team with three games left to play.

That’s the key phrase. Not skipping the last two games due to health concerns for himself or his family, but to prepare for the NFL Draft where he won’t be picked on the first day, probably not the second and could be forced to go the free agent route.

Boyd is a good guy, jovial and pleasant when he’s been around the media. When healthy, he’s had bursts of good play, especially last season when he ran for 1,133 yards and had himself among the top running backs in the conference.

This year he’s battled injuries (which he’s done throughout his time with the Razorbacks). Boyd has 309 yards this season and really hasn’t looked full speed since suffering an injury in the second game against Mississippi State.

Trelon Smith’s emergence has provided a little production at running back this season, but depth is now going to be an issue. T.J. Hammonds was moved back to running back and is a big play type but the Hogs don’t have anybody reliable to get 3 yards on a fourth-and-2 play … unless quarterback Feleipe Franks does it.

Part of it is inexperience in the offensive line.

Don’t be surprised to see more plays with wide receiver Treylon Burks lined up in the backfield, but this team is getting two-thirds of the total offense through the air.

And that probably won’t be changing anytime soon.