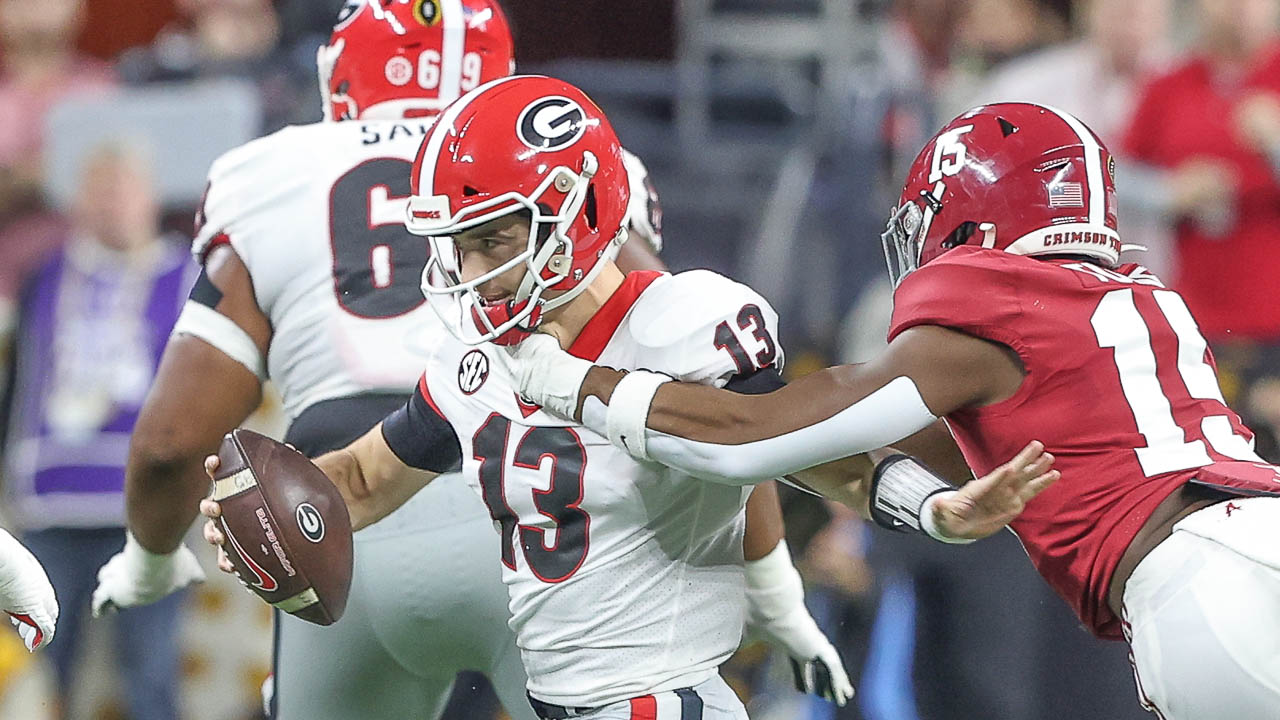 Kirby Smart finally shook off the Alabama weight on his shoulders, but the better story is Stetson Bennett proved he was right.

Monday night, former walk-on Bennett won a national title while Heisman Trophy winner Bryce Young made most of the mistakes.

It started as a defensive fistfight with no touchdowns in the first half turned into a showcase of big plays. They traded touchdowns and missed two-point conversions in the fourth quarter.

Late in that fourth quarter, Alabama basically was worn down and out.

It doesn’t happen often to the Crimson Tide but it has before. It’s always surprising, though.

And for the first time Smart got the better of his mentor Nick Saban because he knew he HAD to win this one. There wasn’t any way he could look at it any other way.

During the regular season, both teams beat Arkansas, but it was Georgia back on the first Saturday in October that beat up the Hogs.

“This is a special moment for this team,” Smart said later. “At halftime there were some people saying we weren’t in shape and it kinda pissed off this team and they went to work.”

Georgia, who only lost to Alabama in the SEC Championship, returned the favor Monday night.

“I believe I’m the best quarterback and wanted to win a national championship here,” Bennett told ESPN’s Holly Rowe immediately after the game.

Young won the trophy as the best player in the country and had over $1 million in name, image and likeness money but Stetson played better in this game.

Alabama had more yards in the game (399 to the Bulldogs’ 364) but they settled for field goals in the first half instead of touchdowns.

You got the idea then it was going to be hard for the Tide.

Somehow they hung around until the fourth quarter when they simply collapsed as Georgia did what Saban’s teams have done to opponents for years — they wore the Crimson Tide out.

Alabama didn’t have its best wide receiver (John Metchie) out with an injury, then the best one left (Jameson Williams) went down early with a knee injury.

Razorback fans saw what Sam Pittman has to find for next year and that’s somebody to make the big plays Treylon Burks made this past season. The Tide didn’t have a wide receiver who could reliably catch passes or make big plays.

As a result, they couldn’t make the plays in the fourth quarter. Georgia did.

As a result, the Bulldogs win a title with a former walk-on quarterback that wasn’t the starter at the beginning of the year.