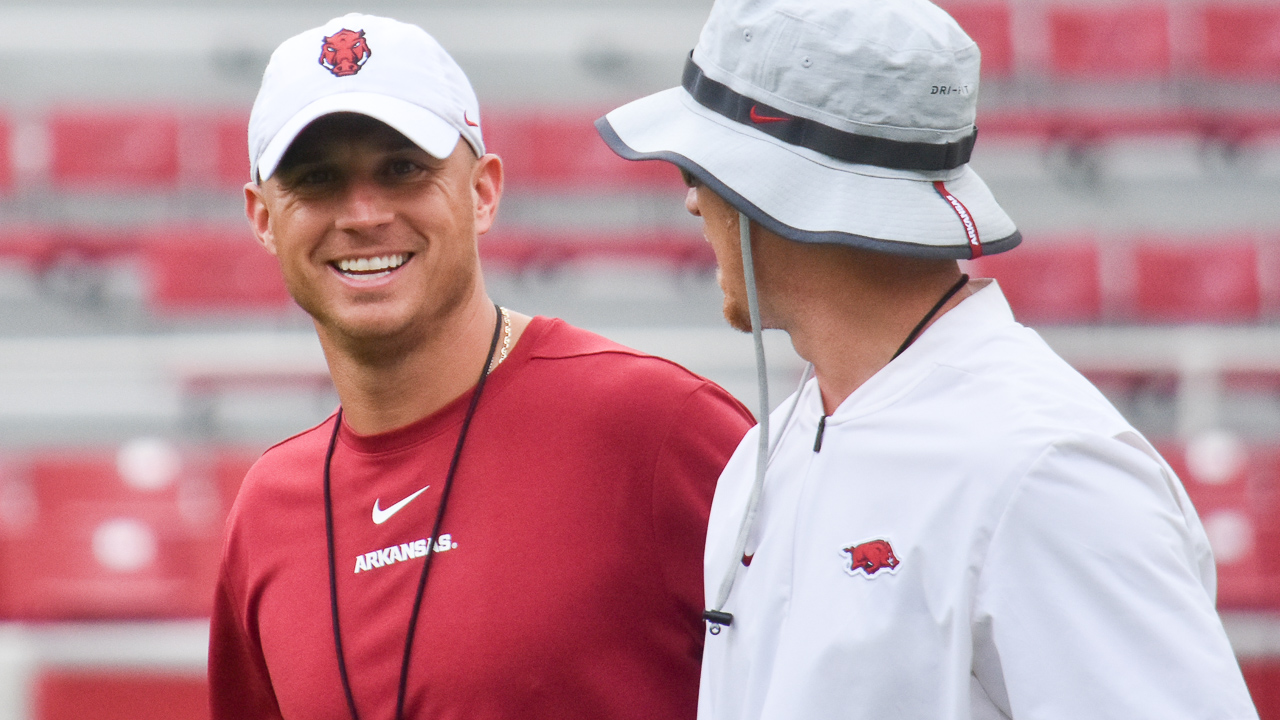 Welcome to the new and improved Arkansas Football program.

Well, maybe not new, but it has no option but to be an improvement from last season. If not, may Razorbacks fans will be finding new hobbies for the upcoming fall and winter.

Rock bottom only has two directions: Up … and sideways.

If head coach Chad Morris knows anything it is honeymoons do not last forever. If he’s not aware he can certainly ask Houston Nutt, Bobby Petrino, and Jennifer Aniston.

Last year was a disgrace that still leaves Hogs fans on the receiving end of countless jokes and viable memes.

The closer you live to the zoo that is Oklahoma, the worse it has been. Even Vanderbilt fans sent condolence ‘Tweets’ as last season blundered to a merciful cease.

Morris now has his own QB1, his first set of signees, and his own special teams coach. So, what does this leave for the faithful to possess? Hope? Bowl aspirations? A four- or five-win season?

No one seems comfortable going on the record stating their final prediction for the 2019. The impression is everyone waits to bear testimony until after this Saturday’s game against Portland State.

The Vikings visit the enigma-laden Razorbacks at 2:30 PM on the SEC Network, and the Division I FCS team predicted to finish last in the Big Sky conference do not appear to pose much of a threat for starting Chad Morris’s sophomore campaign with a loss.

However, we can take nothing for granted. Remember Colorado State last season?

One might think Coach Chad was out-coached due to what said one could evaluate as and critique with “even the lowest of SEC players should be able to defeat an average (if one could define 2–6 as “average”) Mountain West Conference team”.

Let us propose Portland State coming to Fayetteville is exactly what this revamped Razorbacks team needs. Do so if you wish, yet make no mistake, nary a person with any knowledge of the game is using this season opener as a measuring stick for the Razorbacks.

That litmus test will begin in Week Two at Oxford, which, if blown out, will forecast an abundance of acid in the stomachs of Arkansas fans until the holiday season.

All that can be said with any certainty is things must turn around for this program, this university, and this state in all things football.

So here is to an early season call to rising up from the embarrassing obscurity that is the cellar of not only the SEC West but the conference as a whole.

If not, this entire fan base is going to get sideways.

Special note to Portland State players and people: You have our heartfelt condolences in the loss of Deante Strickland. Tragedies such as this make us reflect on what is truly important.

HitThatLine.com front-man Andy Hodges states he is ready to defend his HTL Pick’em Championship Cup this season. Let us see if I can make him regret not retiring.

• Toledo at Kentucky — Should the Wildcats have been ranked? No, but they beat the Rockets by 14.

• Mississippi State at Louisiana — Bulldogs are happy to dominate by 24.

• Duke at (2) Alabama — Alabama could schedule Homecoming this week. Tide by 38.

• South Carolina at North Carolina — A close 6-point win for the Gamecocks.

• Georgie State at Tennessee — Vols by a smooth 24.

• Portland State at Arkansas — HOGS beat the Vikings (and Vegas) by 34.

• (3) Georgia at Vanderbilt — The only SEC matchup in Week One – Bulldogs immediately in first place by 26.

• Missouri at Wyoming — Who can’t wait to watch CBS broadcast this Tigers’ win by 20?