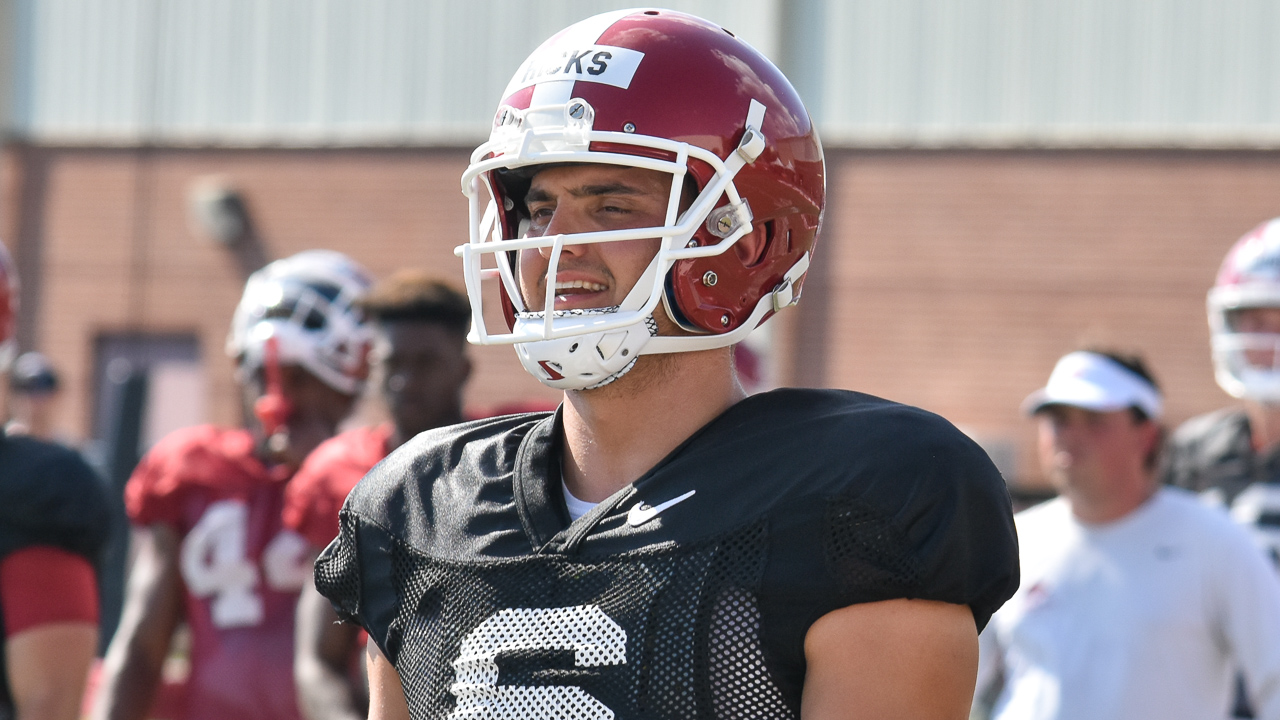 Oddsmakers are putting a stake in the Hogs. Razorbacks fans are confident.

Even Portland State coach Bruce Barnum acknowledges a lopsided loss is eminent although that could be a little Lou Holtz reverse psychology to motivate his squad.

After a 2-10 season in 2018, it may be reckless to bet on the Hogs to beat any team by 28.5 points, even a mediocre FCS club. I’ve mentioned in this space before I wouldn’t predict six wins or a bowl berth until I am convinced serious progress has been made

After spring practice and fall camp, I am still not sure that the question marks remain won’t continue to hinder the progress.

The result against Portland State Saturday afternoon will go a long way in shaping my view of how things may turn out next week in the SEC opener at Ole Miss, which we have already determined is one of the key games to taking a step forward this season.

So,  it’s paramount that Arkansas meets those expectations and delivers the kind of whipping that is expected from an SEC team playing a mediocre FBS opponent.

It’s important for a couple of main reasons.

First, ideally this game would be like an NFL preseason game where the staff gives a lot of players reps and see how guys battling for jobs perform in a game situation. Who will take this game and build against Ole Miss?

This applies to many positions but most importantly at quarterback. Ben Hicks is the starter, but I’m not sure that title is permanent. The job still could be up for grabs, and f Hicks doesn’t look good early, Starkel should be inserted in the game quickly to prevent a disaster.

Ideally, Hicks has some successful series, and then Starkel gets a chance to run the offense and hopefully continues the success and then eventually makes way for John Stephen Jones.

The coaches can evaluate all of the quarterbacks and see if Hicks should start at Oxford or maybe change it up. The best QB will be under center next Saturday, and the performances in the opener will determine that.

The other big key to this game is gaining confidence.

This team has been battered psychologically. A bad end to the Bret Bielema Era for those that were there for that , and  one of the worst seasons in school history a year ago. They need to beat up on someone, know they can do it. Realize that all of the hard work they put in over the winter has paid off.

But, most importantly, the Hogs have to believe they can go into Oxford and win next week. If they win the first two games, that could lead to two more wins, and that establishes momentum. If Arkansas loses or struggles in the opener, I won’t feel as confident about next week.

Of course, Ole Miss has to play at regional rival Memphis Saturday, in which could be a very humbling outcome.

The Rebels may very possibly limp into the SEC opener.

If Ole Miss has to show more of its playbook against the Tigers, that could be a real advantage for UA if they coast past the Vikings and can play conservatively.

This is the biggest “cupcake” game Arkansas has played in a long time.

We will know a lot more about this team, its progress and how the season may go by Saturday evening.