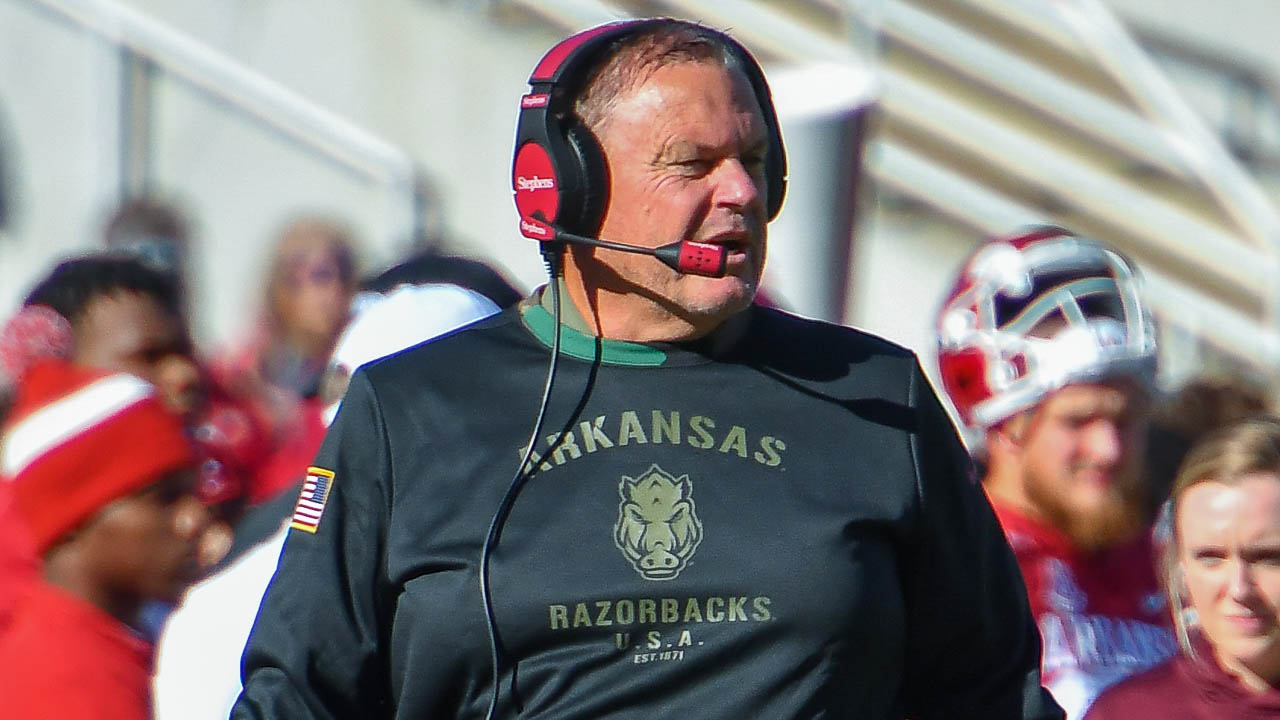 Sam Pittman didn’t use the word “luck” after Arkansas’ 31-28 win over Mississippi State on Saturday.

He simply called it “fortunate.”

It was all of that and maybe a little more. In the end, though, the Razorbacks earned every bit of that fortunate win.

First of all, Bulldogs kicker Nolan McCord, bless his heart, missed three field goals. That includes a 40-yarder as time expired that would have tied the game and put it into overtime.

“I knew they were going to miss it,” Pittman said after the game.

He was kidding. He was just hoping.

“Oh, shoot,” he added. “I hate it for the kid and all of that, but I told them after the end of the game when there’s no time on the clock, all anybody cares about is who won. They completed three good balls there, went right down the middle.”

Now that’s what folks will be discussing … or should be.

Mississippi State quarterback Will Rogers shredded the Hogs’ secondary for 417 yards. The Bulldogs’ kicker ended nearly as many drives as Arkansas’ secondary.

Still, though, the Hogs pulled out a win, mainly because KJ Jefferson has developed into an SEC quarterback that can make plays when he needs to make them. Sometimes that includes throwing an incompletion on purpose.

He directed a 10-play, 75-yard drive that almost was de-railed on a fourth-and-1 on the Mississippi State 25. Jefferson rolled to his right and threw it into the ground but it didn’t matter because the Bulldogs were called for holding Treylon Burks.

“He knows that I mean run the football. But  it changed big time. I saw the flag. I didn’t know if it was on them or us, but I sure was hoping.

“Somebody up top said they got a holding call. I figured at that point we’d have a pretty good chance to score.”

You’d assume he was referring to the coaches in the pressbox.

But considering the way things were going you have to at least wonder, right?

No, the Hogs earned the right to win the game … with or without luck.

In fact, Arkansas has earned the right to come out on top in a game like that.

Plenty have gone the other way.