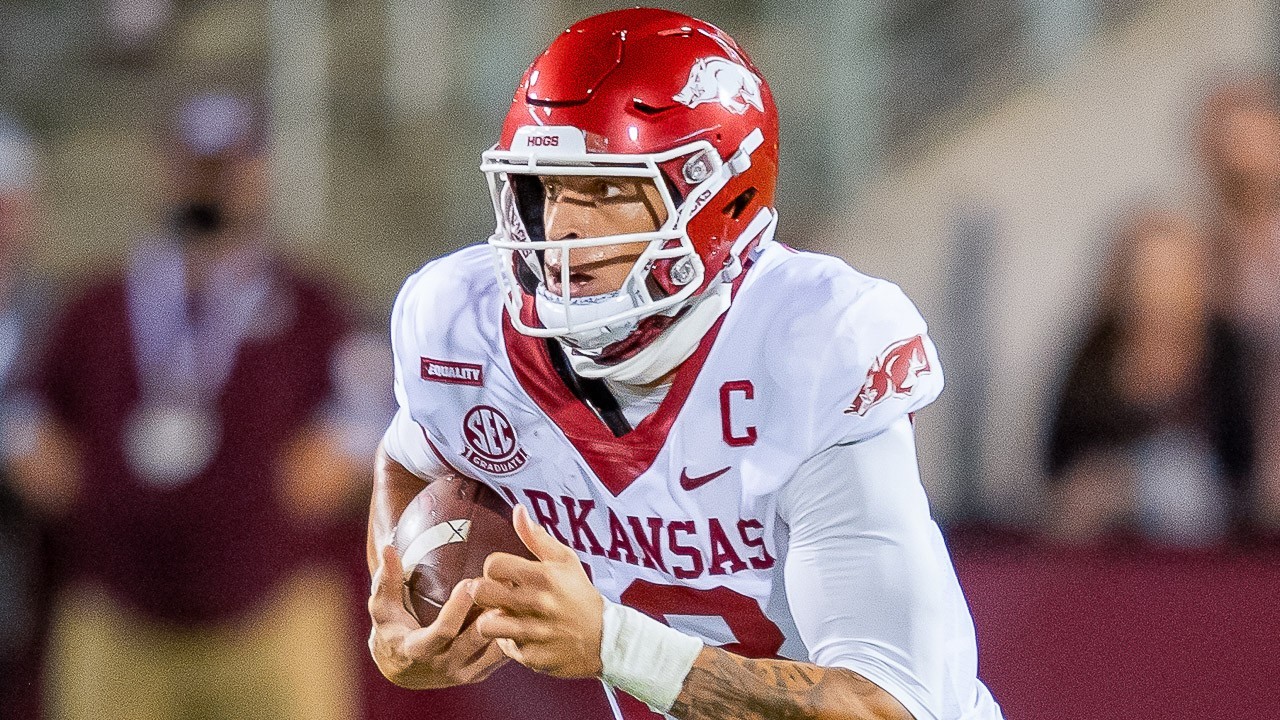 For some reason, when Texas A&M got into the Southeastern Conference, Arkansas forgot how to win games against them.

Part of it was Bret Bielema wasn’t very good in close (or overtime games). The other part was the Aggies got a new coach in Kevin Sumlin, didn’t have to play Texas anymore and the Razorbacks could stay close, but never quite manage to pull out a win.

The Hogs have been able to compete very well with A&M for years, even dominating the series until the last eight years when just about everything in Fayetteville around football collapsed.

Now A&M has Jimbo Fisher, one of the most over-rated coaches in college football, with a giant contract and a group of boosters not happy because he didn’t get $75 million to lose to Alabama and LSU.

The Hogs-Aggies is usually close and has come down to overtime three times in the past eight seasons … and Arkansas lost every single one of them, often in creative ways.

Even Chad Morris managed to keep things close in this game. For whatever reason, the two teams always stay close.

Now the Aggies have Kellen Mond, who has been a pain to deal with since 2017. He’s not THAT good, but has always managed to make THE play against Arkansas to pull out a win.

It will be up to Barry Odom’s defense again. Fisher’s offense is actually not that complicated as they are going to try and establish Isaiah Spiller running the ball behind one of the more experienced lines in college football.

Can Odom create some run blitzes to throw off the blocking schemes enough to let the scrambling Hogs’ defenders to force Mond into throwing on third down?

That’s the secret to slowing down the Aggies’ offense. Mond isn’t very good under pressure. There are two ways to cause that, too, with either pressure from the defensive front or coverage pressure.

The guess here is Odom has something concocted and it won’t be surprising to see Kendal Briles’ offense use the passing game to set up a running attack.

The Aggies had a week off, too, which may have gotten the Florida win out of their system and two weeks for the Aggies’ fans to pat ’em on the back and tell ’em how great they are. There has even been College Football Playoff talk. Nothing could be more Aggie than screwing up this game. Arkansas 31, Texas A&M 27

It’s about time for the Bulldogs to stumble again, but that probably won’t happen against the Wildcats who have shown flashes of being able to do something, then not being able to make that work on the field. And Georgia won’t let it happen this week, either. Georgia 35, Kentucky 14

It’s too easy to say the Tigers will win this one, but probably not the ones that are a slight favorite. I’m not a fan of the Gus Malzahn-Chad Morris team on offense for Auburn, although my prediction Bo Nix would be in the transfer portal by Halloween didn’t happen. Auburn fans are disgruntled and horrendous replay decisions have made their record (3-2) a little deceptive because they should be 1-4 and it could be argued they have been the recipient of some favorable calls in EVERY win. LSU can score. LSU 52, Auburn 28

Historically, the game against the Commodores usually leaves the coaches, players and fans of the Rebels upset. They have had a habit of even losing to Vandy when they should have won the game by several touchdowns. That shouldn’t be the case this year as Lane Kiffin may finally get a chance to run up some big numbers. Ole Miss 48, Vanderbilt 17

Minus a coronavirus test wiping out the Crimson Tide this one should be over about midway through the second quarter. The Bulldogs have internal issues while Alabama is hoping to jump to No. 1 heading into November. Alabama 52, Mississippi State 10

Let’s see now, Dan Mullen has survived Covid after a loss to Texas A&M where he encouraged the state to allow more fans for this game. The Tigers have been a surprise this season under first-year coach Eli Drinkwitz and if this game was in Columbia I might have a different viewpoint, but this may end up as a track meet. Florida 31, Missouri 30