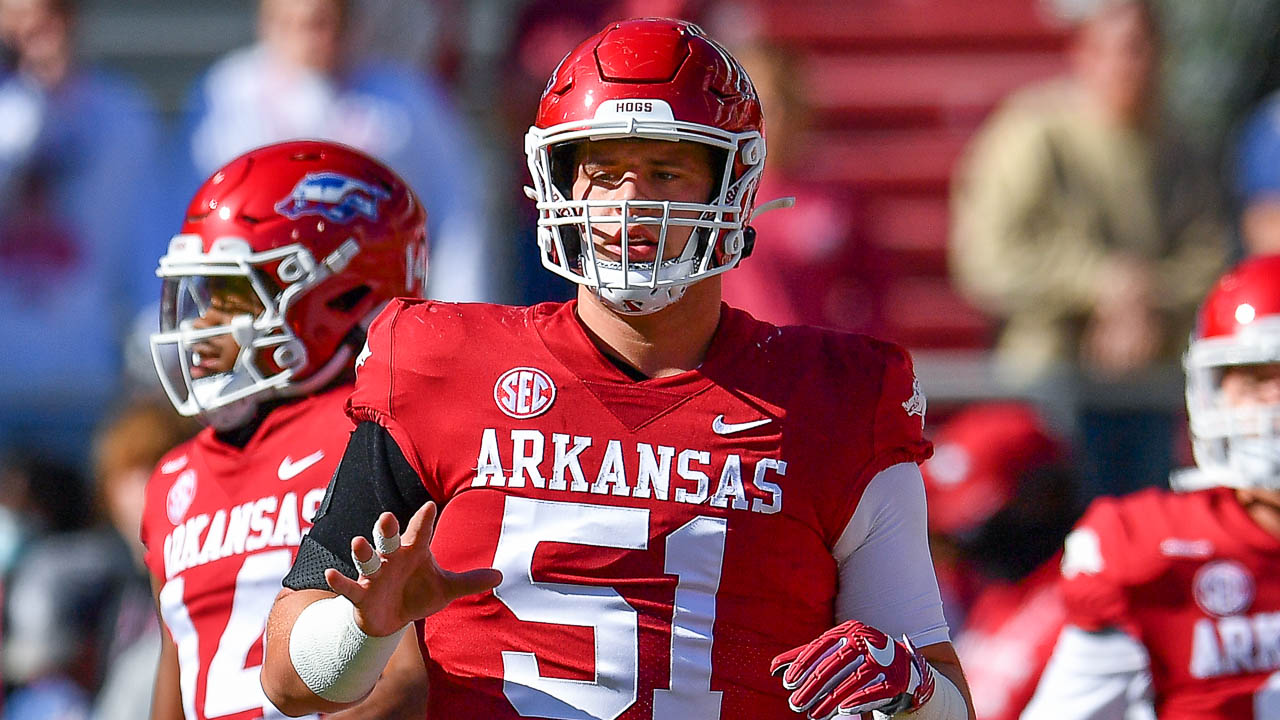 Arkansas really didn’t need Alabama to get any extra motivation or the “rat poison” thing to come up again.

But it did Thursday night on Nick Saban’s weekly radio show, the Crimson Tide players and the fans about a feeling of what he called entitlement.

Earlier this week Saban wasn’t doing anything to motivate Arkansas, but apparently he decided to try and light a fire under his players.

“I actually got onto the players pretty good yesterday about that because you want to try to build and finish and players have to understand what it takes to finish,” Saban said. “This very thing that I talked about, when all you read and hear is the unimportance of the game you’re playing and the lack of respect for the team you’re playing from other people outside.”

Okay, that got the players’ attention. Again, the Razorbacks really didn’t need the Crimson Tide to have Saban getting them fired up.

The results of that usually aren’t great for teams coming into Tuscaloosa.

Players and fans have cell phones and access to social media, too. Saban can’t control that and what gets put there drives him crazy.

“Because amazing to me, everybody believes what they read,” Saban said. “You all can put whatever you want on your phone and run into the wall looking at it, but they believe it. That’s not a good thing. That’s very, very difficult and you have to have a lot of maturity and a lot of good leadership on your team because it creates this culture of what I just talked about — we’ll just show up and win.

“We’re just going to show up and win and it doesn’t work that way. I challenged the players and I challenged the leadership on the team to make sure that we go about and do things the right way.”

For the Hogs they better have more than a belief they can win coming into Tuscaloosa. If there was a chance the Tide are taking this one as a breather that all came to an end Thursday night.

Saban doesn’t want a repeat at home of what happened to them in College Station against Texas A&M (a 41-38 loss).

“And they lost 52-51 to Ole Miss because they went for two at the end of the game — which I’m not blaming the coach for doing that, they didn’t make it. On a two-point conversion, it all came down to that. So I don’t understand it.”

For good measure he’s not happy with the Alabama fans, who have basically felt entitled for most of the last 60 years.

““Maybe that speech about entitlement also applies to fans,” Saban said. “Not just players. We have great fans, don’t get me wrong.

“But sometimes I think that fans don’t understand how what they do can impact the psychological disposition of young people and what they need to be doing so that they can play the way they need to play.”

If Hog fans thought this was going to be an Alabama team looking ahead to Auburn next week that probably isn’t going to happen now.

That may have been their best shot, whether they believe they can win the game or not.

Pete Morgan was right in his picks about nobody having a clue who’s got the most right. The guess here is he’s leading and that probably won’t change this week as there aren’t a lot of obvious upset specials.

Prairie View at Texas A&M: Again, the score will be whatever Jimbo Fisher wants it to be, but the guess is no starters will still be playing in the second half for A&M. Texas A&M 63, Prairie View 0.

Florida (-9) at Missouri: There is some sort of serious dysfunction going on in Gainesville and Dan Mullen seems to be playing the Wizard’s roll in Oz. How long he lasts is anybody’s guess … and a loss means he may not be there next week. Bye. Missouri 35, Florida 21.

Auburn (-7.5) at South Carolina: The Tigers will not have Bo Nix at quarterback and for a team that’s been a little wobbly at times on offense, the Gamecocks may have a better shot than you’d think. But that’s not enough. Auburn 28, South Carolina 24.

Vanderbilt at Ole Miss (-36): Historically, the Commodores have given the Rebels fits in situations just like this. Well, Vandy hasn’t been this bad in a long, long time, though. Never mind. Ole Miss 52, Vandy 10.

Louisiana-Monroe at LSU (-29): If this game is even close by the second half, Ed Orgeron should be told to go home and watch the second half on TV. LSU 48, ULM 6.