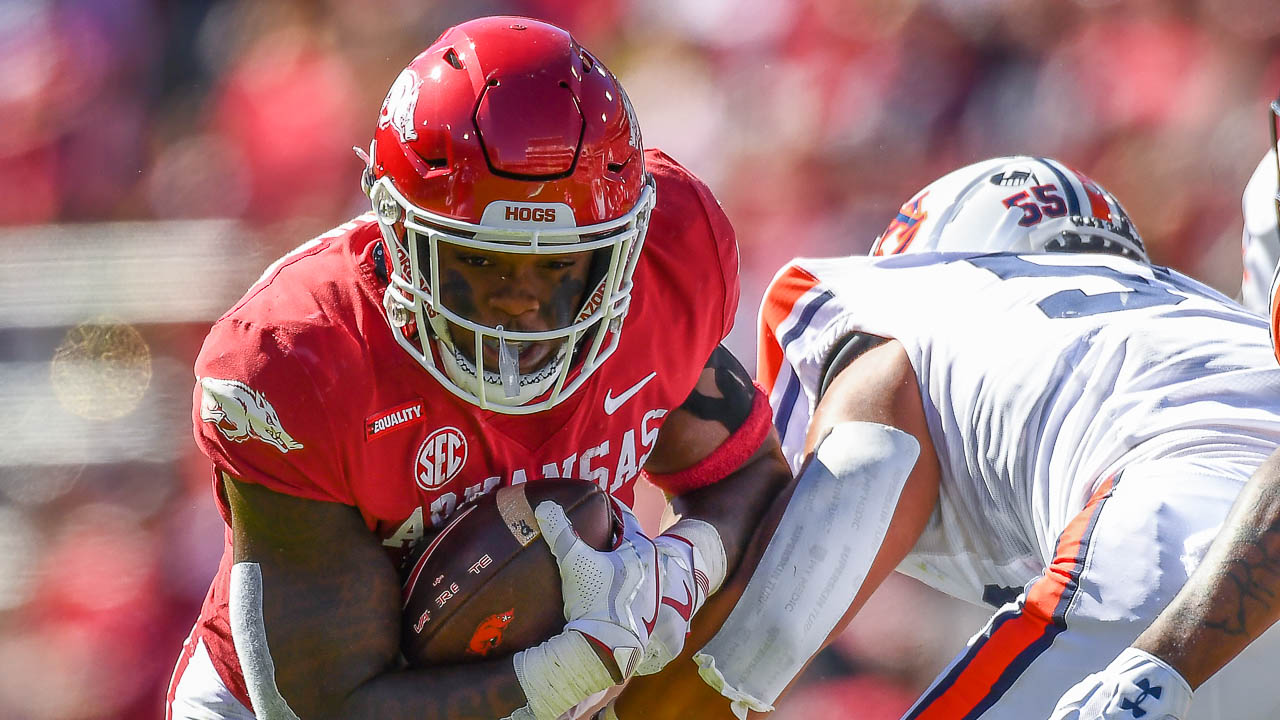 For marketing reasons, a lot of folks have been trying to create a rivalry with Missouri that hasn’t really taken with the fans.

With the exception of picking up some extra bucks in a sponsorship arrangement, neither arrangement with Tigers (Mizzou and LSU) is going to become completely and totally irrelevant in a few years.

Face it, whenever Texas and Oklahoma come into the SEC those are going to be THE rival games whether there’s one of those manufactured trophies or not.

Friday’s game with Missouri isn’t that big of a deal except in terms of any regular-season game.

It helps the Hogs are 7-4 going into the game and favored by just over two touchdowns in an SEC game for the first time in recent memory.

Don’t forget, though, that since the Tigers came into the league and started playing the Hogs, Arkansas has won just one time. Once.

They have even found new ways to lose the game over the years.

But the game is usually close and often not decided until late in the fourth quarter.

The key for this one is going to be which team can run the ball … or stop the other team from running the ball and just wearing our their defense. In other words, whichever team can get off the field the quickest will probably win.

That’s assuming, of course, they aren’t getting off the field because they gave up a big-play touchdown.

The Hogs have a bevy of running backs in Dominique Johnson, Trelon Smith, Rocket Sanders and AJ Green. Mizzou has Tyler Badie.

The guess is Barry Odom, who recruited Badie to the Tigers when he was coaching there, is going to shut him down and force Connor Bazelak to beat them throwing the ball.

It’s a gamble and one Odom has done pretty well taking with the Hogs’ defense the last couple of years.

Arkansas gets a win and have the best regular-season record since 2011.

Nobody has a clue who’s in front in the HitThatLine Pick ‘Em contest, but I will admit Pete Morgan is probably ahead by a game or two. Hey, he can have one of the four seasons we’ve done … it’s still less, percentage-wise, than Arkansas wins against Texas.

Ole Miss at Mississippi State (-2): The line on this one is hard to believe. It has to be some sort of slight home-field advantage going to the Bulldogs, but Lane Kiffin has, in two seasons, positioned Ole Miss to being in position for a Sugar Bowl bid. Don’t talk about the Hogs “almost” beating the Rebels because they didn’t. Facts don’t care about almost.Ole Miss 38, Mississippi State 35.

Georgia (-35) at Georgia Tech: The Yellow Jackets’ only chance of winning this game is if the Bulldogs get lost on the way to the stadium and miss the entire game. Georgia is getting ready for the SEC Championship Game and that matchup with Alabama will help sort out the College Football Playoff. Georgia 45, Georgia Tech 7.

Florida State at Florida (-2.5): The Gators have already fired Dan Mullen. Mike Norvell may be next with the Seminoles. Teams don’t wait long these days to pull the trigger on these things.  Honestly, either way this game goes won’t be surprising, but Florida is a mess. Florida State 24, Florida 21.

Alabama (-20.5) at Auburn: Alabama has to win to keep any shot of an SEC title alive against Georgia next week. To get into the playoff, the Crimson Tide have to win two games in a row. This game has seen numerous upsets over the years, but this won’t be one. Alabama 45, Auburn 24.

Vanderbilt at Tennessee (-31.5): Thank you, Commodores, for showing up and making it through the schedule. Unfortunately, there aren’t any participation trophies in the SEC. Tennessee 51, Vanderbilt 10

Texas  A&M (-6.5) at LSU: This is either going to be Ed Orgeron’s last hurrah or final embarrassment.  The Aggies are trying to get nine wins this season. LSU just wants to get to spring practice. Texas A&M 35, LSU 10

Clemson (-11.5) at South Carolina: Last week was maybe a defining with Shane Beamer getting a win over Auburn that put the Gamecocks into a bowl game. They weren’t going to ge there this week needing a win over Clemson. Clemson 24, South Carolina 14

Kentucky at Louisville (-3): The Wildcats started the season 6-0, then hit a wall. It’s happened to other teams, including Arkansas. Georgia has a way of doing that to teams this year. Kentucky 28, Louisville 24