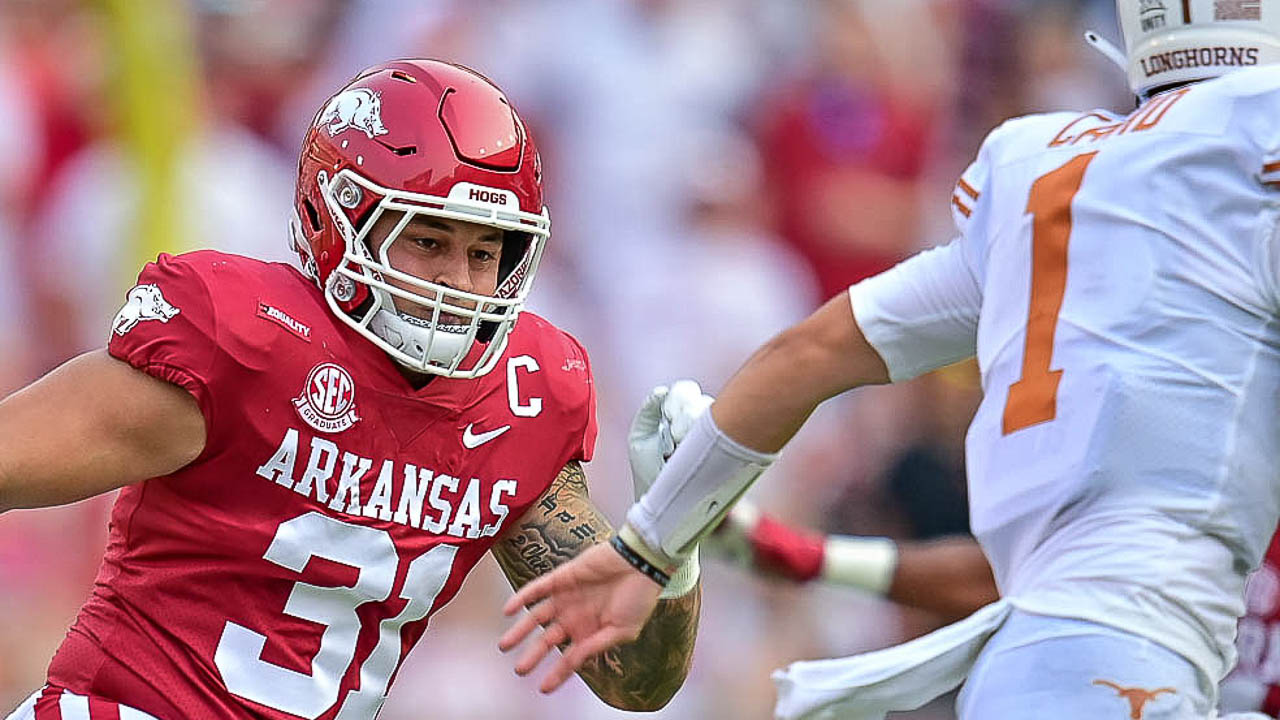 The trap game many have been pointing towards is here with Georgia Southern in town.

A lot of Arkansas fans haven’t noticed. They still have hangovers from the 40-21 win over Texas last Saturday.

With the Eagles missing one of their top defensive backs, you can pretty much bet they are going to put everybody short of a couple of analysts in the box to slow down the Razorbacks’ ground game.

It’s their only option, really. It was Bear Bryant back in the 1960’s that said when you have an out-manned defense you make the other team pass because they could drop it, throw it to your team or somebody shoot the quarterback from the stands.

The Hogs are going to have to pass. If they can hit those plays it should be an easy win. Look like the Longhorns’ passing game with drops and wide open receivers completely missed it could get interesting.

A lot of fans think the Hogs’ stumbling start against Rice was due to first-game jitters. Whatever it was didn’t look good in a variety of areas.

Repeating that against Georgia Southern could make the game interesting. If this game is within 30 points at halftime, Hog fans may need to take notice.

It probably won’t be.

Pete and I are tied after the second week of the season which is primarily so I have some entertainment close by until I get bored. We are both 24-4 with some unexplainable losses neither of us expected and I sorta threw one last week to help the Hogs beat Texas.

Week 3 of the college football season may provide a little more clarity to handicapping the rest of the season. The first two weeks of the season always lie to us. Nothing is as good or as bad as it seems.

The only time to worry is if you’re one of the only six teams to be in contention for four playoff spots in November. A September loss can de-rail that at the end.

Clemson is the only team in that group with a loss and it’s a good one, falling to a pretty good Georgia team that is one of the other six teams. It won’t hurt the Tigers if they run the table the rest of the way.

New Mexico at Texas A&M: Either the Aggies aren’t as good as we thought or they just didn’t have a whole lot of interest in the game. The major storyline out of the game was they lost their quarterback with a broken leg. Hog fans have hope … at least until they see what this new guy is. No problem this week. Texas A&M 52, New Mexico 10

Chattanooga at Kentucky: The only way this can be interesting is if it’s still close in the second quarter. Kentucky 63, Chattanooga 7

Tennessee Tech at Tennessee: Okay, the Vols screwed up last week’s prediction but they shouldn’t have any problems this week. If it’s close, Josh Heupel is going to have a problem. Tennessee 63, Tennessee Tech 14

Alabama (-14.5) at Florida: Every year Alabama seems to lose one game, but I don’t pick against Nick Saban … ever. This week is no different, but I will say the Gators making this game much closer than anyone thinks would not be completely shocking. Dan Mullen hasn’t beaten Saban, even when he had a team (2014) and quarterback (Dak Prescott) that should have won the game. The Crimson Tide’s defense this year may be as good as anything Saban has had. Alabama 35, Florida 10

Mississippi State (-3.5) at Memphis: Mike Leach’s Air Raid is sorta stalling on the runway in Starkville. Going on the road to the Liberty Bowl should be an easy win, but the Tigers have somehow managed to keep the games against the Mississippi schools close for over four decades. This one might not be any different. Mississippi State 35, Memphis 31

South Carolina at Georgia (-31.5): The Bulldogs will win this game by whatever score Kirby Smart wants, but I don’t think he’s going to risk any injuries after he gets things comfortable. The Gamecocks aren’t ready to do much about it, either. Georgia 48, South Carolina 6

Auburn at Penn State (-5): We find out if Bryan Harsin has things at a big-time level or not quickly when they go to another one of those white-out things they do in Happy Valley. It’s a night game, the fans are crazy and an SEC team is coming to town. James Franklin will want to make a statement with the Nittany Lions. Penn State 31, Auburn 21

Central Michigan at LSU (-19.5): Everybody, including some folks in Baton Rouge, are kinda wary about the Tigers after they couldn’t handle UCLA to open the season in Los Angeles. Talent will take care of this one, though. LSU 38, Central Michigan 9

Tulane at Ole Miss (-14): The Rebels are either off the grid or aware a lot of people view this as a complete trap game against a Green Wave team many expect to put up a good fight. The guess here is Lane Kiffin is going to have the Rebels fired up about this. Ole Miss 42, Tulane 21

Stanford (-12.5) at Vanderbilt: This game was probably scheduled when the Commodores’ previous coach was there. The Cardinal go to Nashville against a Vandy team that faceplanted in the opening week of the season, then got things together last week for a win. But Stanford is probably too big of a hurdle. Stanford 34, Vanderbilt 21