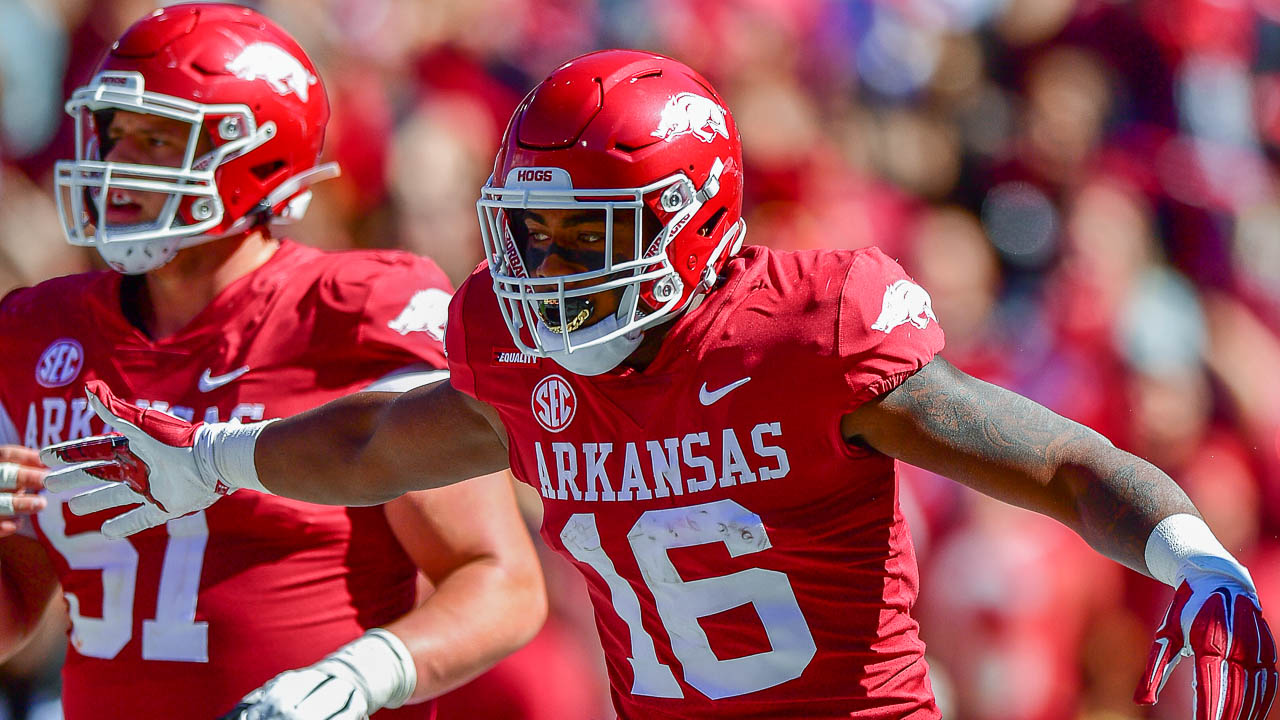 Arkansas has been off for so long it was easy to feel like the season was cancelled and we just hadn’t gotten the memo yet.

That’s what happens when you have UAPB followed by an open date.

Now Mississippi State comes to town as one of the hottest teams in the SEC. They are ranked No. 17 in the first College Football Playoff rankings and nobody is exactly sure why.

Now the Razorbacks are a 4.5-point favorite Saturday afternoon at Razorback Stadium.

Yes, you read that correctly.

Right now the money is coming down that KJ Jefferson and Treylon Burks plus running back Dominique Johnson and others will be able to score more points than Mike Leach’s Air Raid offense with a quarterback named Will Rogers that was 36-of-39 passing last week and completely befuddled Kentucky.

Can Hogs’ defensive coordinator Barry Odom pull another rabbit out of his bag of schemes?

Now he’s having to do it against Leach, who has modified his Air Raid offense to more of an Air Control type of attack. They are running the ball by throwing it for a 4-yard completion and picking up one first down after another.

Both teams want to control the time of possession. The best defense can be the offense methodically eating up first downs and keeping a high-scoring offense on the other sideline.

At the end of the day, though, it usually comes down to who has the best players healthy when you roll into November. Don’t talk about that bye week break because that’s not enough time to fully recover from an emotional September and a physical October.

Arkansas — without it’s best player — will face a Mississippi State offense that loves to find a weakness somewhere and adapt to take advantage of that.

You can bet this game is going to come down to some scheming on both sides of the ball.

Until Odom shows he can’t do it, I’m going to ride with the Hogs for another week. Hogs 35, Mississippi State 20

I have no idea if Pete is still functioning this week after coming out of the hospital to make his lame picks last week. No, seriously, thankfully he’s been making improvements and there was a return policy on the suit I had bought “just in case.”

Missouri at Georgia (-39.5): This is one of those November matchups where you keep expecting the top-ranked Bulldogs to trip somewhere along the way but it won’t be against the Tigers this year. Georgia 51, Missouri 3

Liberty at Ole Miss (-9.5): Hugh Freeze comes back to where he first popped up on the national radar, then proceeded to make some bad decisions (never learning about burner phones) and getting fired after winning a Sugar Bowl. The Rebels are looking to get last week’s collapse against Auburn out of their system. Ole Miss 45, Liberty 21

Auburn at Texas A&M (-4.5): After a few stumbles along the way, two teams that expected to be battling for the second spot in the SEC West find themselves in November with a winner-take-all to reach that spot. There’s not a lot of logic to this but I think the Football Gods want the Iron Bowl to mean something this year. Auburn 31, Texas A&M 21

LSU at Alabama (-28.5): At least Ed Orgeron and the Tigers will always have 2019 to remember fondly. This may not be a particularly pleasant trip to Tuscaloosa and you wonder if the LSU brass will let Ed keep hanging around if they stink it up again. Alabama 49, LSU 14

Tennessee (-1) at Kentucky: What happened to the Wildcats? Basketball exhibition games started and the season is just around the corner. Nobody really cares, to tell you the truth. The Vols may have enough offense to out-score them in Lexington. Tennessee 28, Kentucky 24

Florida (-18) at South Carolina: Dan Mullen is getting a little snarky about some reporters’ questions and the Gators are reeling into November. Sounds about right for them to start turning it around and the Gamecocks probably can’t do a whole lot to stop it from happening. Florida 35, South Carolina 14