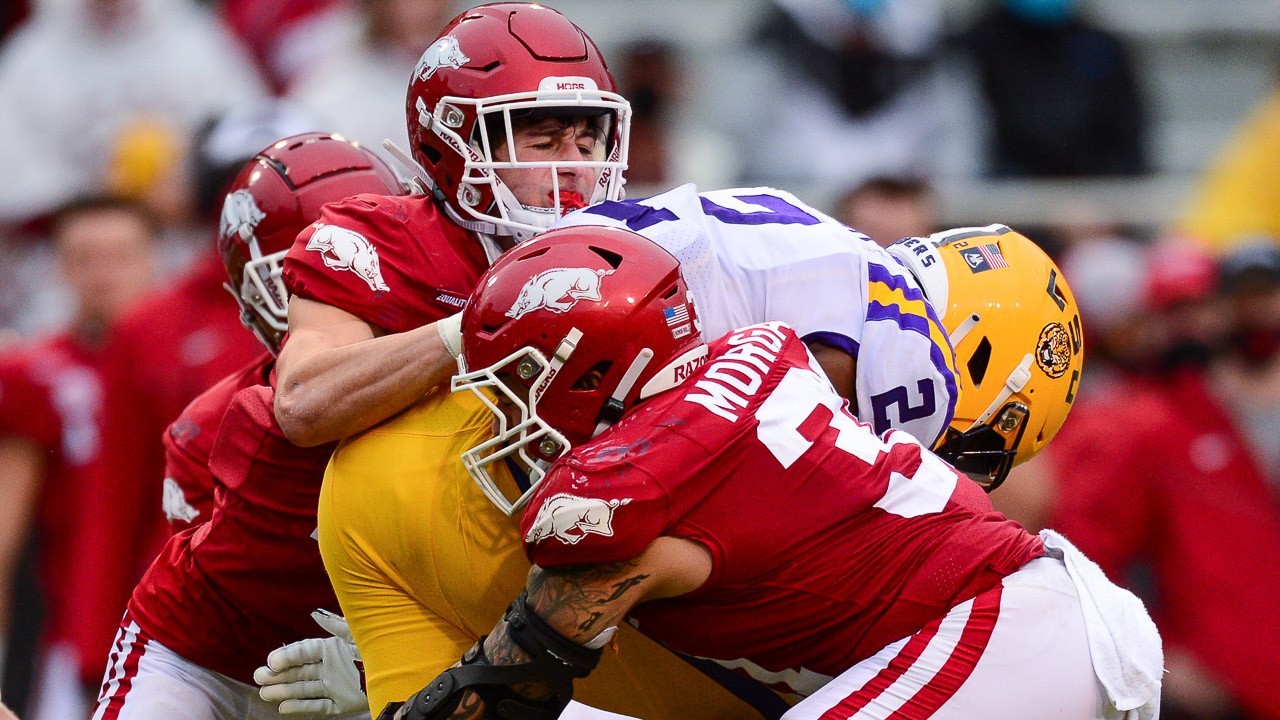 The long hope when Arkansas joined the SEC in 1992 was the LSU game would become a big-time rivalry, maybe rising to the level of Texas.

Nope. That hasn’t quite worked out that way.

The Tigers’ fans basically hate everybody and they don’t get as worked up for the Hogs as Alabama or Florida … even Ole Miss. The fact is that’s probably their biggest rival over the years.

If anything has held true in this series it is unpredictable.

The first time I remember a huge upset in this series was when Jon Brittenum hurt his shoulder in the Cotton Bowl after the 1965 season and the Tigers came away with a 14-7 win that (as it turned out) cost the Hogs a national championship.

Arkansas lost in 2006 when they should have closed out an 11-win season but Trindon Holliday kept returning kickoffs that were mysteriously continually kicked to him.

In 2007, LSU was No. 1 in the nation, Houston Nutt was going to be out as coach when the Hogs went down to Baton Rouge and the Tigers couldn’t figure out how to tackle Darren McFadden. Nutt went out on a high note.

Now we come to this season with the Hogs feeling pretty good about things with a 6-3 record while LSU has already agreed to pay Ed Orgeron to simply go away for awhile.

This is the type game that can go sideways in a hurry and has in the past for the Hogs.

Arkansas has lost three times to LSU teams with a losing record. The worst of these may have been 1999 when they were kicked sideways in Baton Rouge (35-10) by an interim coach when the Hogs thought they were just going to roll to a win.

Somehow there is the feeling the same thing could happen again this year.

Plus, I’m behind in the picks and need to make desperate moves (and if you’re taking either Pete’s Picks or mine and going to the sports book that’s your problem, not mine).

Arkansas (-3) at LSU: ESPN’s Football Power Index gives the Tigers a 59.5% chance of winning the game and that sounds about right considering the way things are going. LSU 31, Arkansas 28

Considering how crazy the past week has been with basketball and everything else it’s a wonder these picks are even getting done. Pete probably has a 14-game lead with just a couple of weeks left so I’m going for broke.

New Mexico State at Alabama (-51.5): The only question on this game is if Nick Saban wants to run the score up on the Lobo, which probably won’t be the case. He’ll get enough to see what he wants, then run the ball. Alabama 56, New Mexico State 7

Mississippi State at Auburn (-5.5): The Tigers have found themselves lately while the Bulldogs are holding open tryouts for a kicker. To get past Auburn they’ll need to worry about more than a kicker. My guess is they find it. Mississippi State 38, Auburn 31

Samford at Florida (-35.5): If Dan Mullen loses this game the guess is he won’t be the coach in Gainesville next week. Things apparently have gotten that bad and it may be week to week seeing how long he can hang on, but should win this one. Florida 35, Samford 14

Georgia (-19.5) at Tennessee: The Bulldogs have rolling along so smoothly this season you keep wondering if they’re going to have that one hiccup that makes everybody say “AHA!!!” It won’t be against the Vols, though. Georgia 42, Tennessee 17

South Carolina (-1.5) at Missouri: The Gamecocks are just one game away from qualifying for a bowl game and nobody saw that coming. The Tigers seem to be struggling considerably more than anyone expected. South Carolina 31, Missouri 27

Texas A&M (-2.5) at Ole Miss: This is clearly one of the more intriguing games in the SEC this week. The Aggies have been up and down. Their season is so crazy this year they lost to Arkansas, turned around and beat Alabama. See what I mean? The Rebels may have too much offense. Ole Miss 35, Texas A&M 34

Kentucky at Vanderbilt: This looked like a blowout just a couple of weeks ago and now it looks like it might be a … never mind, Vandy is going to do what Vandy does. Kentucky 42, Vanderbilt 3