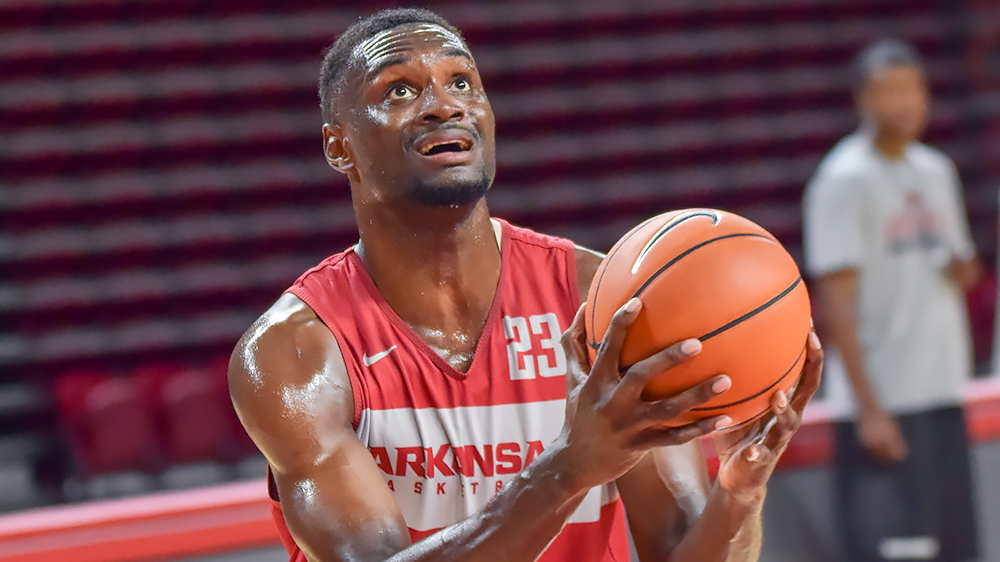 It’s a slow week when discussion of yet another addition to the collection of British hood ornaments gets more world-wide headlines than anything happening in the world of Arkansas sports.

Ibby has apparently entered the NCAA’s mysterious-sounding transfer portal, according to published reports Tuesday. He is not on the team roster published at ArkansasRazorbacks.com.

Ibrahim Ali, a 6-10, 244-pounder from Nigeria by way of Maumelle, redshirted this past season and never played in a game.

He is the second basketball player to leave after Mike Anderson was fired in April and replaced by Eric Musselman, who has hit the ground running on the recruiting trail.

But he does have just one assistant, which is interesting in a few areas.

Basing any college football ranking on spring practice these days is a wild guess … at best.

In a world where players are changing teams on a seemingly daily basis, some news organizations are already putting out their rankings for the start of the 2019 season, which is about 114 days away.

The usual suspects are at the top — Clemson and Alabama, usually in that order.

In addition to the Crimson Tide, who are always up there these days, Razorback opponents getting high rankings now include LSU (7) and Texas A&M (8) are in the Top 10 while Auburn is up to No. 16 after not being ranked in the first too-early look back in January.

That’s too high for the Tigers. As I’ve said earlier, Gus Malzahn’s program is in so much chaos he will have to pull a rabbit out of his hat to make it to Halloween.

Only two teams out of the East make the list, Georgia at No. 3 and Florida at No. 13.

By the way, if you want to know why I have Auburn has my team that is over-rated, they open against Oregon (9) at AT&T Stadium, the Aggies, LSU and the Gators before Halloween.

They also come to Fayetteville on Oct. 19 to play the Hogs a week before playing LSU.

With five teams ranked higher than Auburn in the first eight games, well, if Gus has a winning record better than .500 by the end of October it will surprise me.

It’s not a guaranteed bet Gus will have a job being 5-3 at that point … and never forget they aren’t shy down on The Plains about paying coaches to NOT coach there.

Van Horn has Hogs ready for another run

Back before the season started and through some of the early games, Dave Van Horn kept trying to convince the media guys this team was probably over-rated a little bit.

Now it looks like either he under-evaluated the Hogs or everybody else in the SEC has backed up to them.

With just two weekends left in the regular season, Arkansas has the second-best record in the SEC, one game behind Vanderbilt.

There is a clear path to a national seeding that would ensure playing after the SEC Tournament in Fayetteville, including a Super Regional to go to Omaha again.

And that is something a lot of people, including me, didn’t see coming back in February.

This team may not be as talented as last year, but it’s good enough that Van Horn has made the right moves to put this team in a position where it may actually have a better record.

It may be an interesting postseason.