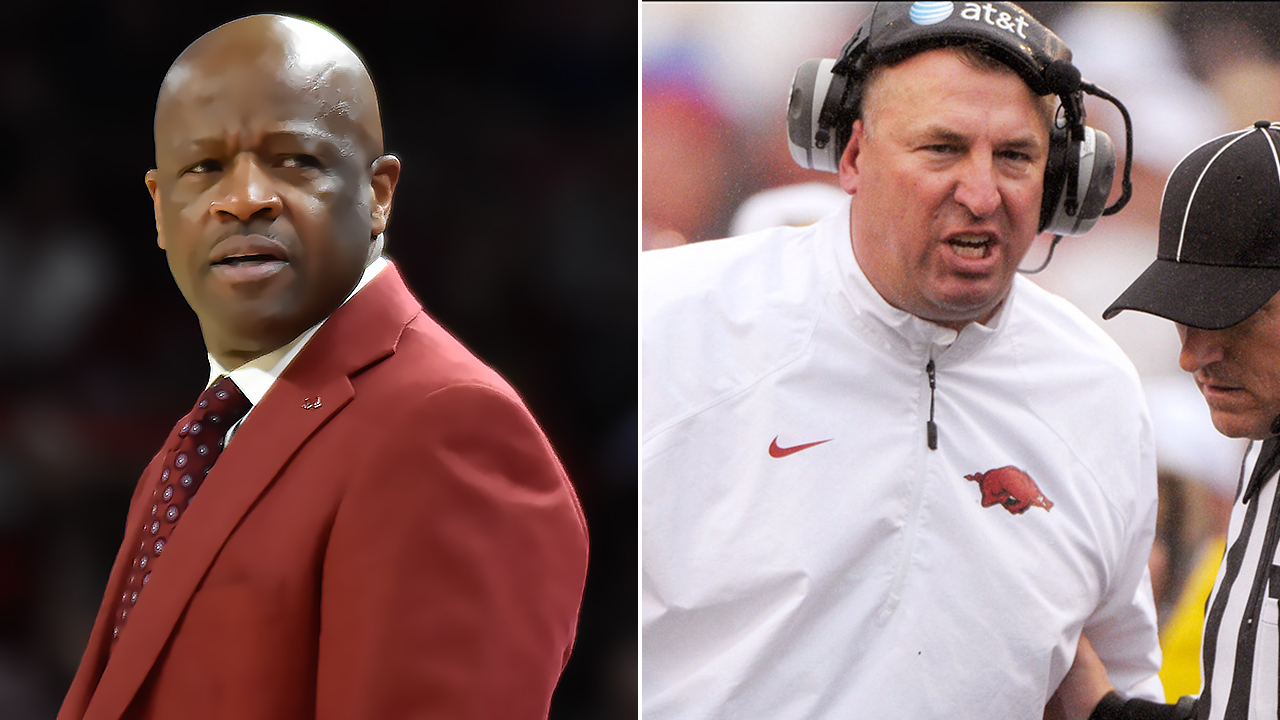 Reports broke Thursday that former Arkansas coach Mike Anderson is in negotiations to land the position at St. John’s, which would certainly be welcomed by those paying him to not coach the Hogs.

ESPN.com reported Anderson is “in negotiations” to be the next Red Storm coach, replacing Chris Mullin, who stepped down earlier in April.

It’s been a tough position to fill with Arizona State coach Bobby Hurley, Loyola Chicago’s Porter Moser and Iona’s Tim Cluess all backing away from the job in New York after being named as top candidates.

Anderson reportedly is in the mix along with Yale’s James Jones and former George Mason and Georgia Tech head coach Paul Hewitt, according to the ESPN report.

Mullin, probably the greatest player in St. John’s basketball history, reportedly had a bad relationship with athletics director Mike Cragg and it appears he may have just thrown his hands up over all of it.

That may be the same reaction some responsible for paying former Hogs football coach Bret Bielema, who apparently has only been able to get a rather undefined role with the New England Patriots.

Some in the Boston area have said Bielema’s role with the defending Super Bowl champions’ defense is much larger than what anyone knows. That actually makes some sense considering the Patriots are the most buttoned-down organization in the NFL. There aren’t a lot of leaks there.

You wonder if Bielema has taken advantage of his rather significant buy-out from the Razorback Foundation to, well, work for NFL minimum wage, sticking Arkansas fans with a rather monthly check.

Whether the Patriots knew — or cared — is known only in Boston … and they don’t talk.

There has been speculation in league circles that Bielema could become the defensive coordinator for the Patriots. They currently don’t have one.

The only defensive coach listed on their website is Bill Belichick’s son Steve.

Seriously, the defending Super Bowl champs list only the coach’s son as a defensive coach. Go ahead and giggle. Nobody believes that.

The only reason this comes to mind is that Bielema’s buyout calls for his payments from the UA to be offset by any job he gets … and he’s required to be trying to get one.

Being Belichick’s assistant could pay just about anything and the Patriots aren’t subject to telling anybody what he’s making if they don’t want to.

Maybe the fastest way to find out what’s going on is stop sending the checks. That could get things in the legal system where the lawyers could do a little work and find out exactly what’s going on.

Of course it could also open an interesting can or two of worms.

Which would be interesting, wouldn’t it?