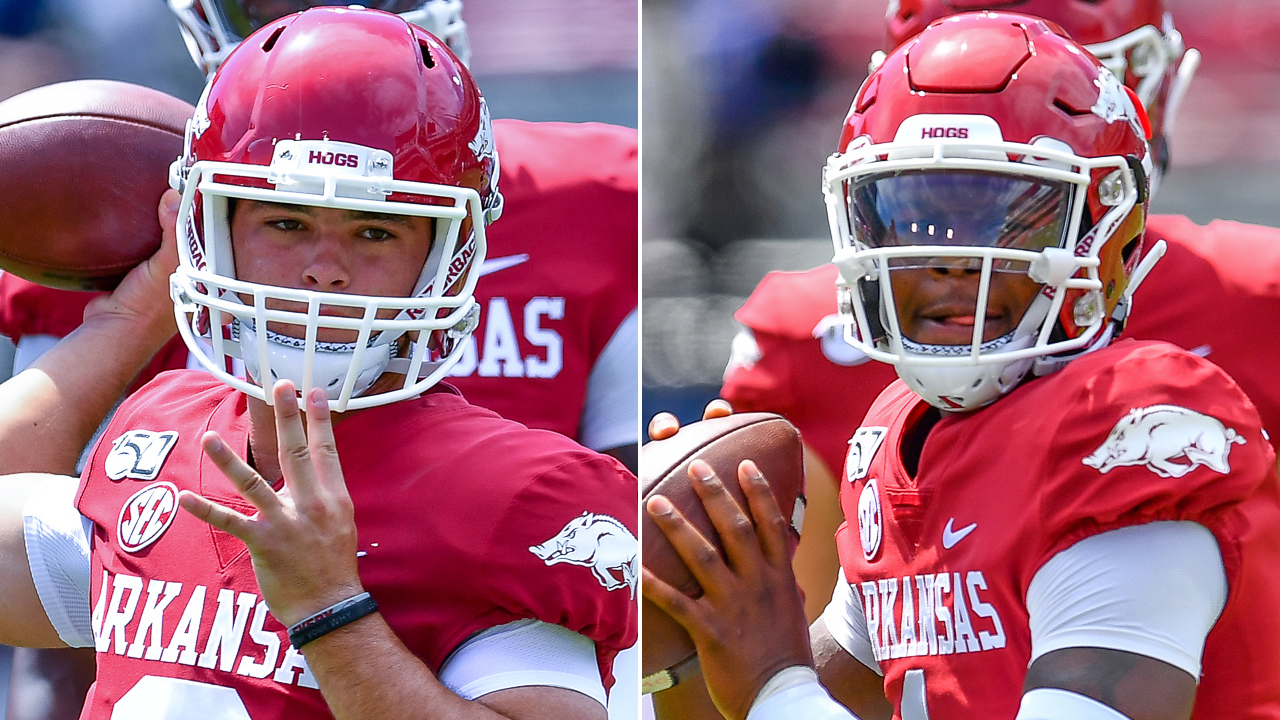 Whether the media yakkers or the Great Unwashed on message boards and social media agree or not, Chad Morris is probably going to get another year as Arkansas’ football coach.

First, it’s highly doubtful anyone that has the money is going to write a check to fire another coach two years after they just let one go and, maybe more importantly, the odds of getting a proven coach are slim and none (and slim is probably already out of the conversation).

It’s why you have to wonder if Morris is ready to start going with the future or continue down a path of futility at the most important position on the field — quarterback.

The world of college football has changed and you’re not going to win a lot without someone behind center that’s pretty good.

And freshmen seem to be quite capable of stepping in.

The Razorbacks will be playing against a freshman this week when Auburn comes to town with Bo Nix behind center. He has them at No. 11 in the country.

For what it’s worth, Morris really has nothing to lose. Four of the last six opponents are presently ranked in the Top 25, including No. 1 Alabama next week and second-ranked LSU. Both of those will be on the road, too.

Yeah, optimism sailed out the window following the loss to San Jose State and, quite frankly, you have to wonder if Morris has figured out anything on the offensive side of the ball.

Neither Nick Starkel or Ben Hicks seem to have the ability to consistently get the Hogs into the end zone. They weren’t even the best quarterback in August camp doing that, according to both Morris and offensive coordinator Joe Craddock.

That was John Stephen Jones and he hasn’t come close to getting on the field in a game. Neither has K.J. Jefferson, who is spending most of the first half of the season simulating the other team’s quarterback.

The question is legitimate. What has Morris got to lose?

While Starkel’s arm strength is impressive, Jefferson’s isn’t bad. Show up Saturday and watch him in warmups because the ball jumps out of his hand. He can’t be more erratic than Starkel was Saturday night in the loss at Kentucky.

Jones just knows how to play football and there’s a lot of that required in winning games.

The Hogs have had chances to win in the fourth quarter of three of their four losses. It’s pretty clear by now Starkel and Hicks gagged on the opportunities they had.

We have no idea about Jones and Jefferson.

There are playmakers out there on the field. Trey Knox, Treylon Burks, Mike Woods, C.J. O’Grady have all shown they can do that. Even Tyson Morris has made a couple of plays. We hear T.Q. Jackson and Shamar Nash are playmakers.

Yet, the quarterbacks seem to struggle to get the ball in their hands. Neither are particularly adept at pulling the ball down and just taking off … or else not capable of reading a defense well enough to know they are probably going to have to do that.

They need a football player there.

We’ll see if Morris has the guts or knowledge to put one there.