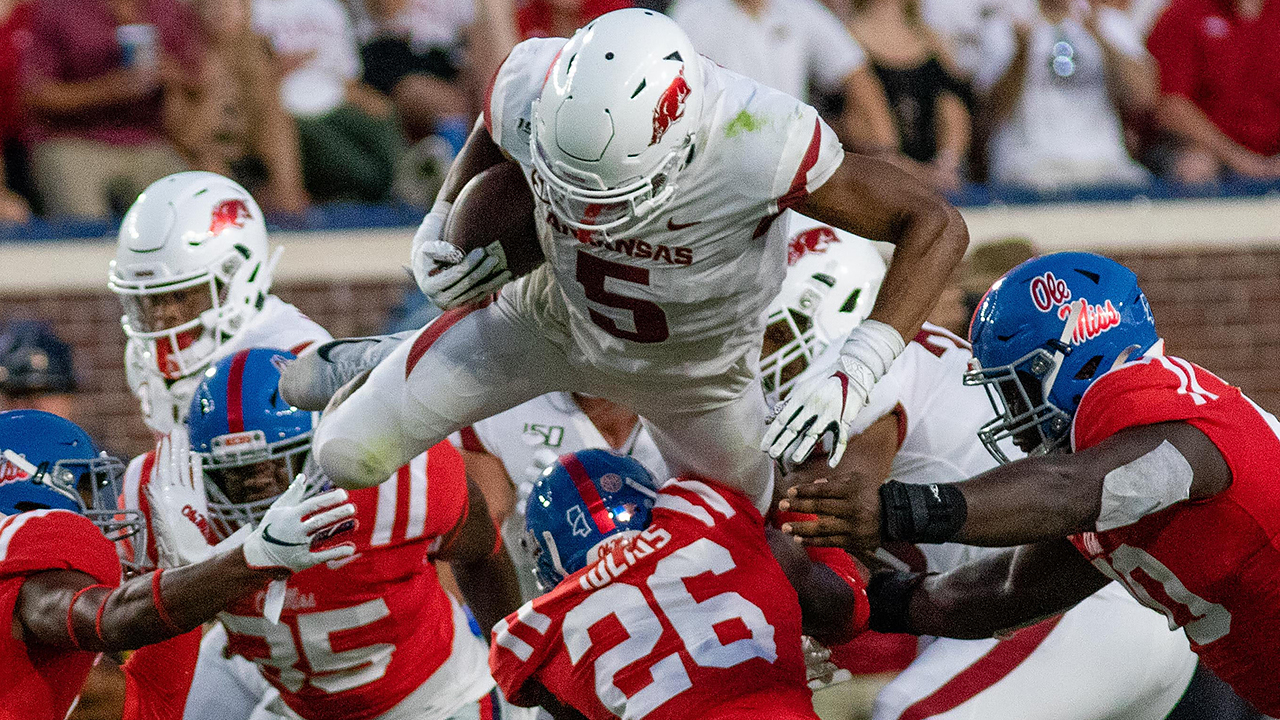 When Rakeem Boyd lined up in the Wild Hog formation Saturday night against Ole Miss, social media, well, basically blew up because apparently a lot of geniuses couldn’t remember to count.

That includes the broadcast team that felt Boyd was lined up too deep.

But obviously Chad Morris and offensive coordinator Joe Craddock had gone through the old game films because they had the spacing almost exactly where it was in 2006 and 2007?

Fortunately we have YouTube these days and the ability for screen grabs to actually do the comparisons.

Here is Darren McFadden from the 2007 game against LSU (he had a pretty fair game there for those that don’t remember):

The ball, as you can see is on the LSU 16-yard line while McFadden is between the 22 and 23-yard line … maybe actually a few inches DEEPER than Boyd was against the Rebels on Saturday night.

Hogs center Ty Clary is over the ball, which is on the 43-yard line while Boyd is standing squarely on the 49.

It’s not a stretch that Boyd was actually closer than McFadden … at least on this one alignment.

No, it wasn’t the alignment that was the problem as the Hogs dropped their SEC opener, 31-17. It seldom is, just as play-calling is the most over-rated thing in football … play execution is what makes plays work, not schemes.

You might argue that’s too deep for Boyd, but that’s not the argument that was being made ad nauseum Saturday night. The comparison was being made to the Wild Hog from 2006-07 and “not even being able to line up right.”

Turns out, that argument is not an accurate one at all.