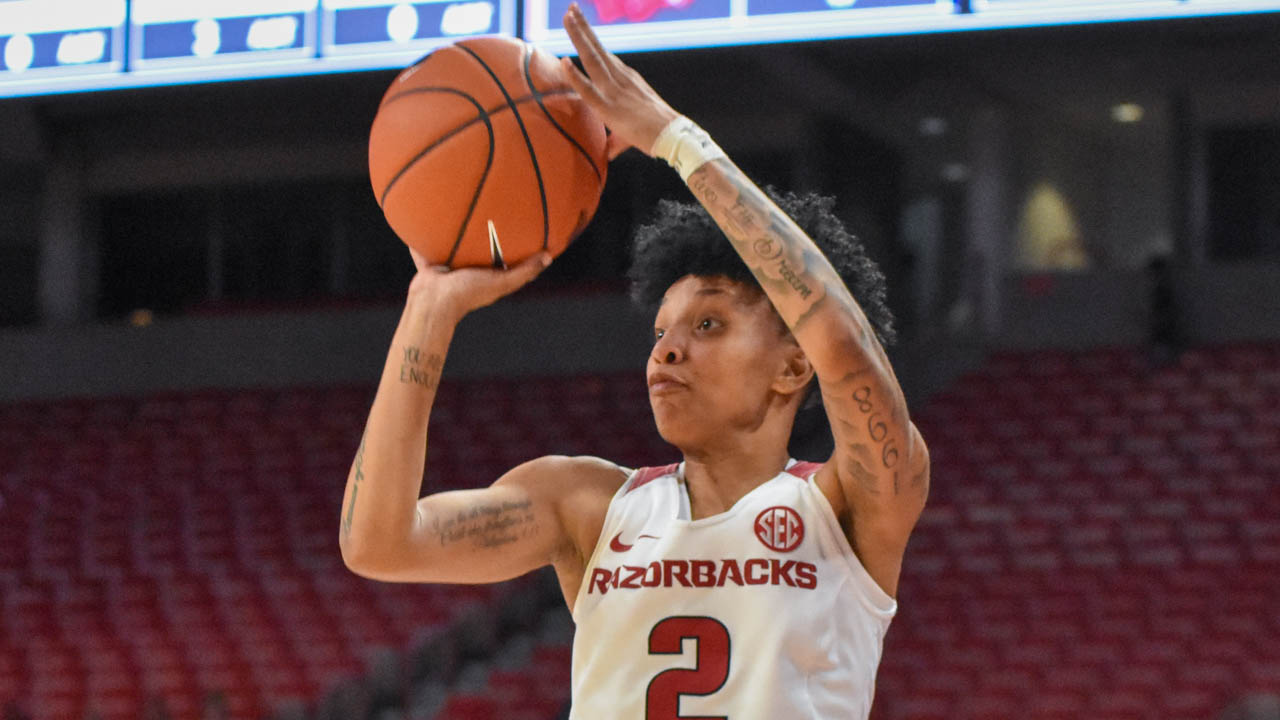 COLUMBIA, Mo. — Arkansas overcame a 13-point deficit with 5:35 remaining in the fourth quarter to beat Missouri  in overtime, 85-81.

The comeback was the largest for the Hogs since last year’s epic win over Texas A&M in the SEC Tournament, and it gave the Razorbacks their first win in Columbia since 2014.

Tolefree scored 14 of the Hogs’ 23 points in the fourth quarter to get the game to overtime.

Missouri had all the momentum and appeared to be on the verge of an upset midway through the fourth quarter leading by 13 with 5:35 to go in the game.

That 13-point advantage, 69-56, was the biggest for Missouri all game.

The Hogs responded with authority, clawing all the way back to tie it up at 74 by with an 18-5 run the rest of the way.

The Hogs’ defense rose up, forcing Mizzou into six turnovers in the fourth, partially because of the effect its full court press defense had on the Tigers.

Arkansas actually had a chance to win in regulation, but neither of its two shot attempts on the final possession went down.

Five different Hogs scored in the overtime period, led by redshirt junior A’Tyanna Gaulden, who scored three of the Razorbacks’ 11 points in the frame.

Chelsea Dungee, Taylah Thomas, Tolefree and Ramirez each had two. Thomas only had four points in the game, but her two free throws at the end of overtime iced the game for Arkansas.

• Tolefree’s 35 points were the most in her career. It was also her first 30+ point performance as a Razorback, and the second most points scored by a Hog this season.

• Tolefree’s 35 points were the most ever by a Razorback on the road versus an SEC opponent.

• Her 12 makes in the game set a new career-high, while her six free throws made matched her career-best.

• The sharpshooter also went wire-to-wire against Mizzou, playing all 45 minutes, a new-career-high.

• Thomas led the Hogs on the glass, pulling down nine rebounds.

The Razorbacks return home for a two-game homestead with a rematch against No. 1 South Carolina on Thursday night.